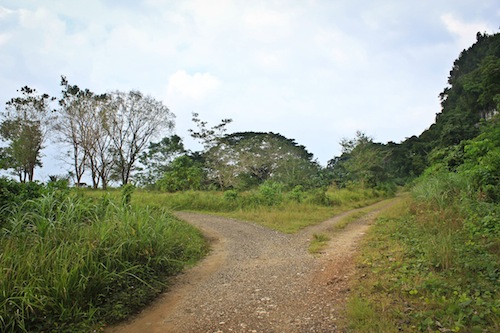 I was startled by these ridiculous words from my friend Chemae. We were walking back to the cottage at a resort in my hometown in Batangas. The conversation went like this:

Yoshke: Well, that remaining 20% makes me totally gay. 1% can make someone gay, you know.
Chemae: I think in time, you’ll go straight again.
Yoshke: You think so? I doubt that.
Chemae: Aila (our common friend) warned me about you.
Yoshke: Warned you about me?
Chemae: She thinks you’re just pretending to be gay when you are really straight.

Wahahaha. That was officially the most preposterous accusation thrown at me since Frances suspected that I was in love with Astrid or since Ken told me that I only claimed I was gay so I could finally break it off with her sister (who was my girlfriend at the time). Hahaha. I’ve always been very touchy with girls and most of them don’t mind because hey, I’m damn gay. But I guess Aila is one heck of a lady to convince.

Yoshke: Even after Daniel (not his real name; an ex-officemate and ex-boyfriend)? She didn’t buy the whole Daniel-Yoshke thing?
Chemae: Apparently not.

It’s funny. I don’t know how many people still think I’m straight when I see myself (and I know Tonet agrees) that I am already as gay as I can be. Either they’re right or they’re blind. Haha.

Aila and Chemae aren’t the only ones. In fact, I also had a similar conversation with my ex-roomie Ethan (not his real name). I’ve always considered Ethan my older brother. I call him Kuya. He’s genuinely straight like the rest of my bestfriends. And he has this “Republican” worldview going on in his head.

Ethan: When will you shape up?
Yoshke: Excuse me?
Ethan: That gay thing. I know it’s just a phase.
Yoshke: I’m telling you this is sooo NOT just a phase.
Ethan: It’s just a phase. Sooner or later you’ll come to your senses and realize everything’s just silly. And then you’ll regret it. And repent. You know, for your soul.
Yoshke: What are you? A priest? And what makes you so sure?
Ethan: Because I know you! This might just be one of your experiments. And even after turning gay, your dreams didn’t change. You still want to have children of your own.
Yoshke: People change, Kuya.
Ethan: No. They just try new things but they don’t change.
Yoshke: A long time ago you said you would never have a gay friend. Here you are sharing a room with one.
Ethan: That’s because I’d known you even before you became like that. And I like you. And to me you haven’t changed.
Yoshke: I have.

I told Glenn (a college friend) about these conversations one night.

Yoshke: Aila, Chemae and my ex-roomie think this is just a phase and I’ll come around. Silly, right?
Glenn: No. I agree with them.

Oh well. What is it with straight people that they’re so hard to convince sometimes?

I’m telling you. This is not just a phase. And even if it were, it had better be a long one because I friggin’ enjoy every minute of it.