Almost exactly eight years ago, Christina Aguilera‘s sophomore album “Stripped” was released. This record was said to be Aguilera’s first attempt to break free from her tired bubblegum image and take control of her career. With a newly found artistic freedom, Aguilera introduced to us music that was very different from songs from her Genie in a Bottle days. And hoping to generate buzz, Dirrty was chosen as the first single.

It generated buzz, alright. But the wrong kind. Dirrty, the song and the music video, and the album Stripped were released to a not very welcoming market and critics. Although an international hit, Dirrty failed miserably in the US. They say it was too provocative, too daring, too desperate. Likewise, the album Stripped was slammed by critics. 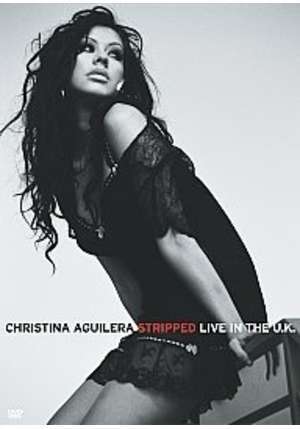 But despite warning from critics, I clearly remember being at a local record store in my hometown and grabbing a copy of this album, wanting to give it a shot, hoping it was worth it. I also remember coming home, playing the record and getting amazed by the album. Screw the critics; to me, it was a beautiful album.

And it wasn’t long before the public realized that it was actually a great album. You know word of mouth was at work when, despite debuting at no.2 at the Billboard 200, the album stayed on the chart for, like, forever and was declared one of the best-selling albums of that year. Not only that, the album slain by critics was nominated for a Grammy for Best Pop Vocal Album. Crazy world, indeed.

I wouldn’t pick Dirrty as the carrier single had it been me but the entire album was an auditory piece of heaven. I fell in love with the album. I thought it was raw, feisty and hard-hitting. It spoke to me. The album would be my companion and therapist. It would prove to be emotionally helpful in the years to come.

And although I know what I’m about to say will sound like a total cheeseball, one song in particular saved my life. Beautiful was released in December 2002, around Christmas.

It was written by Linda Perry. The first time I listened to the album, I decided that it was the best track for me and I knew it would be the most successful. Beautiful is just beautiful. It speaks for everyone who has been down and trampled on. It is an inspiring song and I know I was not the only one whose life was touched and moved by this song.

Another incredible song in the album, Fighter has been my anthem for years! It was a shame Aguilera did not earn a Grammy nomination for this for Best Female Rock Performance (while Avril Lavigne, Michelle Branch and Pink did) that year. Of all the tracks in the album, this is my favorite. And not to mention, the music video is beyond awesome!

The album also bears some hidden gems like Walk Away and I’m OK. Another highlight is her collaboration with Alicia Keys called Impossible, and the seductive Get Mine Get Yours, which is still on my playlist up to now.

Even Dirrty was a milestone, I guess. Today, almost all female pop stars are dirrty. What was once dubbed “too naughty” is now a staple in American music.

Bionic is my favorite album of hers but I still believe that Stripped is her best. Most of her songs that I completely adore are off of this album. I don’t know why I’m writing about this album now. Maybe because a few minutes ago, I was looking up, listening to my iPod and realized that I am living the best days of my life right now. I’ve never been happier. And I started looking back to the sad phase of my life and I realized that Christina Aguilera, through her music in this album, helped me get me through the worst.