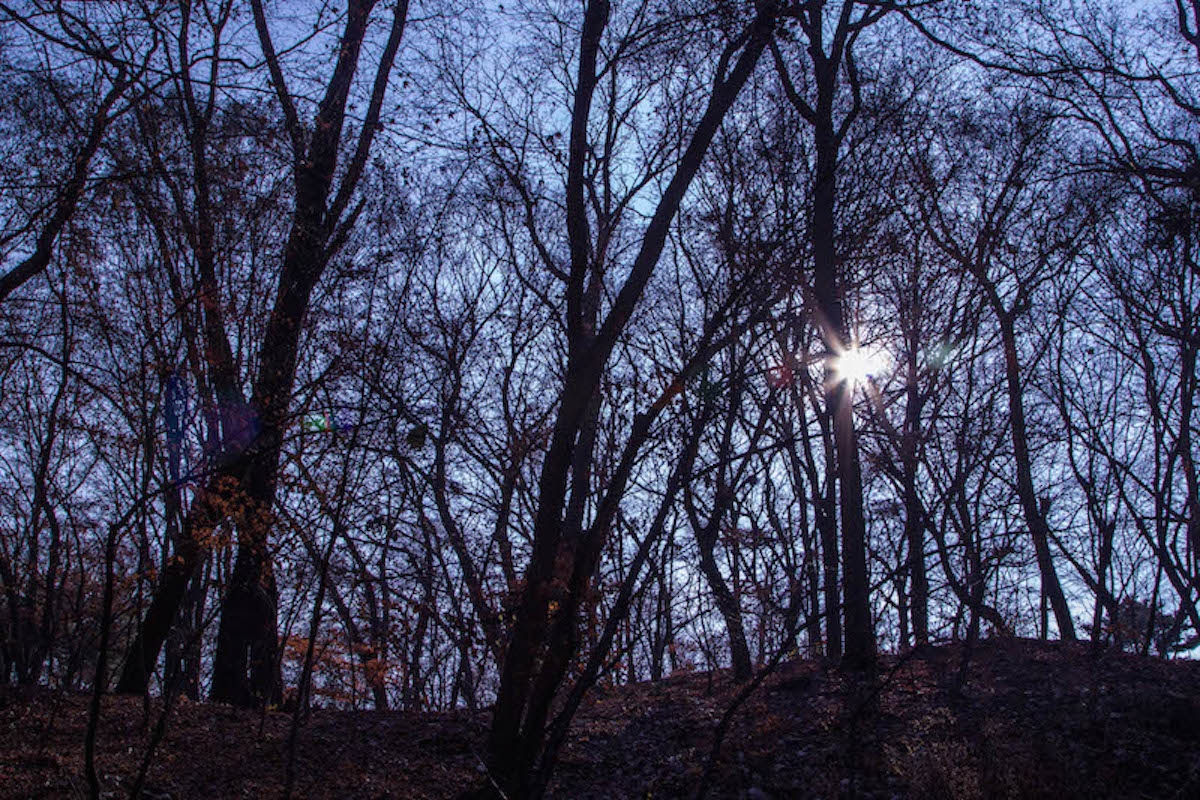 MANDALUYONG CITY, Philippines — He used to ask me how he could be stronger. Even that night three years ago when he showed up at my door, he asked me the same question. He was in tears, and he didn’t want to be that way. He said he was too lost, too weak.

“You’re too kind,” I would always tell him as though it was such a bad thing. But he said that’s what he was, that’s who he was.

“Wala eh. Ganun talaga ako,” he would always answer. Kindness had always been at his very core. He even found it extremely difficult to say NO to anyone. Back when we worked together, that’s what he really wanted to work on — how to say no, for he felt he got the team in trouble most of the time because of it. He just couldn’t help it, being kind. Giving, if he could. And he always could.

When we were no longer workmates, we continued a friendship that was strengthened by giving and seeking advice. Every now and then he would call or drop by and ask what I had to say about his decisions. And I would do the same.

When he told me just last month that he had cancer, I was shocked.

“Kaya ‘to, ES,” he said. And then he jokingly went on about how he intended to add Cancer Survivor to his resume and start a blog about surviving cancer. Typical, he called it. 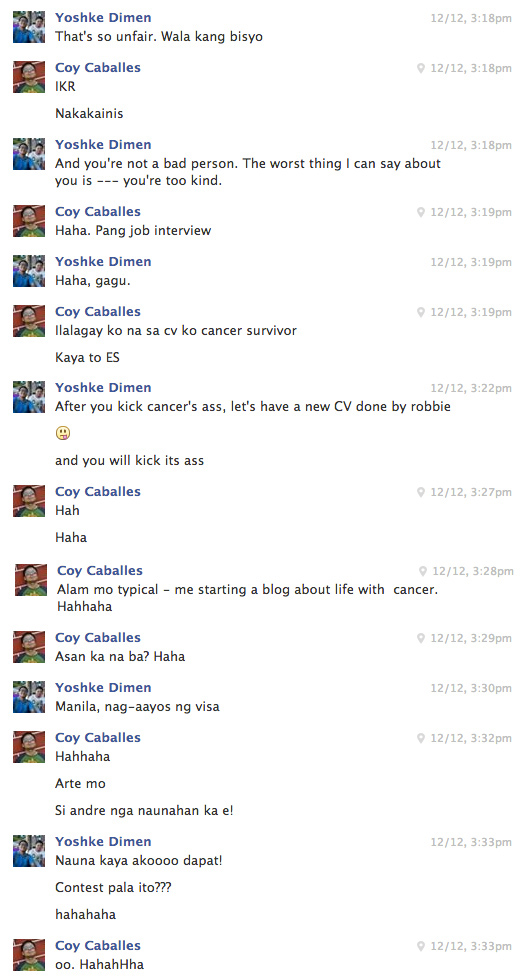 “It’s so unfair,” I said to him. He had no vices, not even one. And he was the nicest guy I know. There he was, making jokes and all. I was angry at the world, but all he could say was, “Nakakainis.”

I told him yet again that he was too kind, and it was probably the worst I could say about him. A guy as nice as him didn’t deserve his condition. No one does. 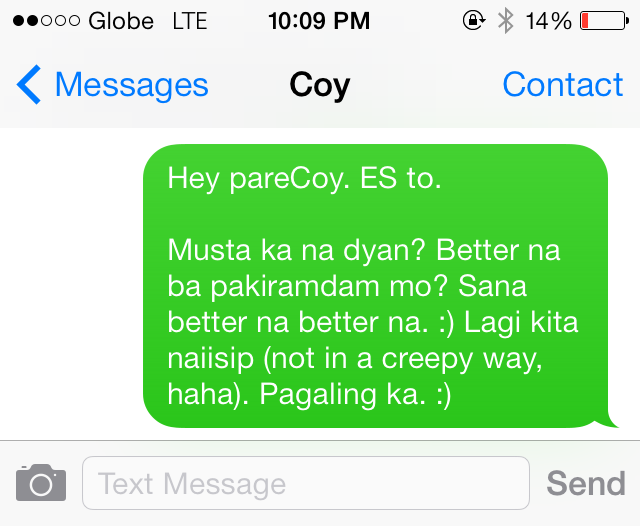 If the worst thing you could say about a person is that he’s too kind, he must be a heck of a nice guy. And he was. Up to the very end. The nicest guy I have ever known.

Rest in peace, Coy. I miss you so much.