Walking along Shaw Boulevard, I spotted something I’d been looking for since the advent of anime series in DVD — B’t X. Ten years ago, B’t X was shown in the Philippines on ABS-CBN. Actually, at first, I wasn’t sure if I would want to watch it since it replaced my favorite anime show then, Zenki. But not long after its pilot episode I began being hooked and couldn’t help but wait for 4pm in front of the television. It was 1997. Ten years later, only a few people that I know remember this series. It was sad because I really think that B’t X is one incredible anime program. 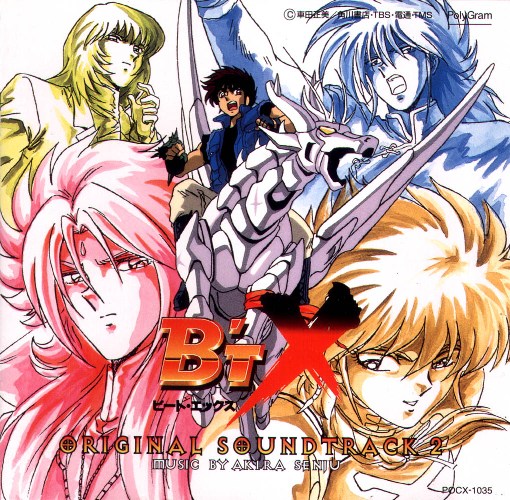 To refresh your memory, B’t X tells the story of Teppei whose brother, Professor Kotaro Takamiya, is abducted and brought to the centre of the Machine Empire. Teppei then accidentally revives the legendary winged-horse B’t (intelligent robots for battles) X. Ergo, B’t X. Every warrior in the Machine Empire has a B’t dedicated to serving its master. Teppei travels towards the centre of the area to save his brother. But along the way, he meets the Four Great Knights, and so many other characters and their B’ts. Soon, Teppei realizes that his mission is not just to save his brother from certain death, but to save the world from Rafael / Rafaello, the ultimate B’t created by the Emperor that becomes so dangerous it could destroy the planet if not killed soon.

I was so excited when I went home and began my B’t X marathon. Suddenly, childhood memories started to be awakened. When I was young, more than Teppei, I admired the Four Great Knights.

When I was watching this a decade ago, I was really afraid of the two young villains — two kids, in fact: Misha and Nasha. They were the emperor’s representatives and are always in charge.

Until now, B’t X remains to be one of my all-time favorite anime [ along with Fullmetal Alchemist, God(?) Save Our King, and Samurai X ].