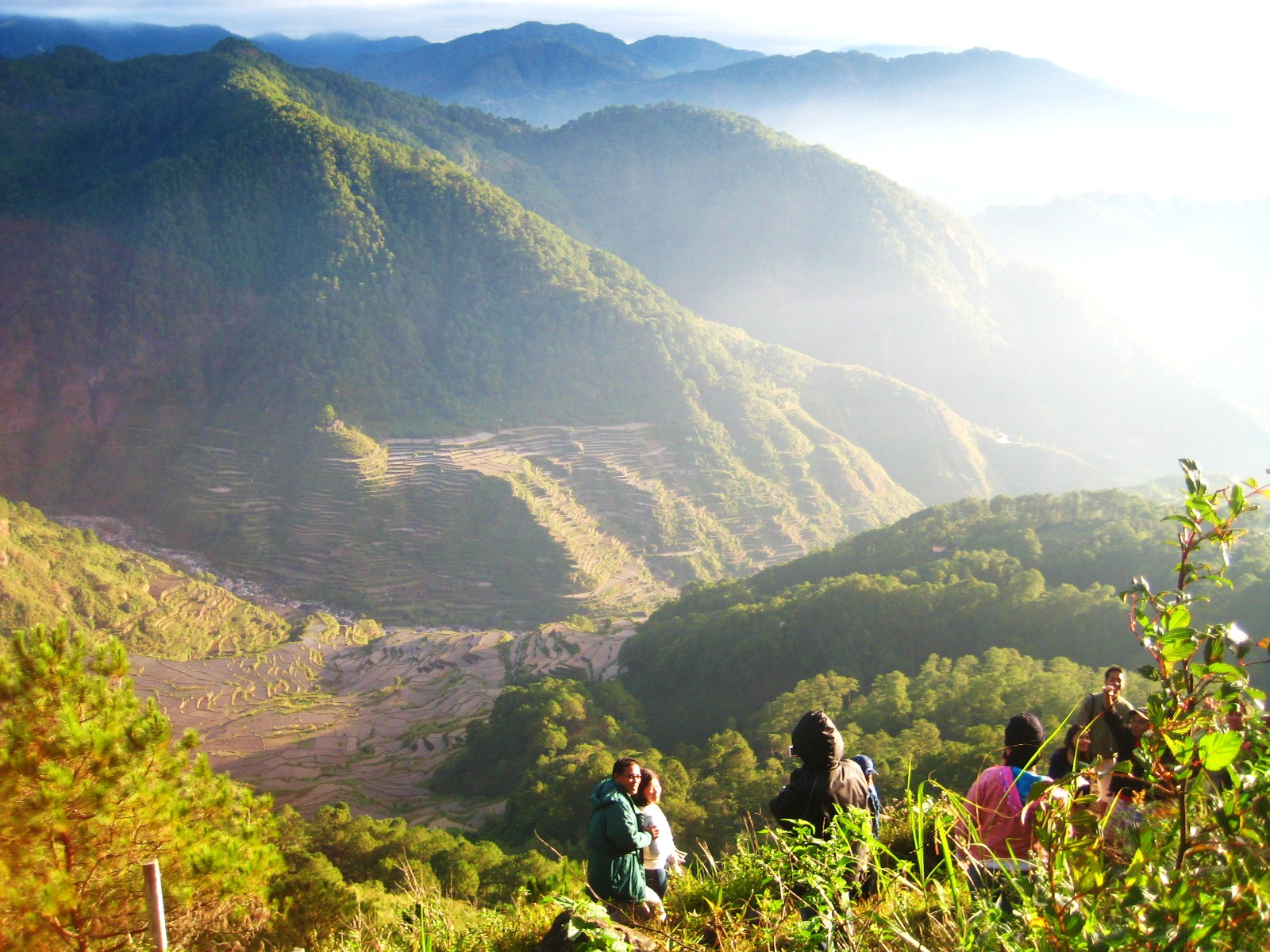 Year 2009 has been the best year of my life so far. It was so good to almost every aspect of my life — family, friends, love. The only thing that let me down was my health. I often found myself unable to enjoy the day with several gastro-intestinal disorders and, well, as usual, asthma and tonsilitis.

Another thing that almost spoiled the previous year for me was my failure to make it through the Foreign Service Oral Exams. I was devastated, I have to admit, because I planned my future around it. And when I learned I didn’t make it, I just needed to find an alternative route — reexamine myself and search for other things that I wanted and was good at and pursue one, or even more.

True enough, the situation opened several windows. Together with my friends, I set up a small marketing group. I also took my blogging a little more seriously and launched several blogs other than this.

But one thing that made 2009 so special was my many travel adventures. This year proved to me that there was still so much to explore in this country. And this post is about the many memorable places that I visited in 2009. Here they go.

Well, Tagaytay has always been a favorite city. I love its climate, its landscape, and its proximity to Manila and to my house in Batangas. (Tagaytay is only 30-minute drive away from my mum’s house.) I’m a regular. But what made my visit to Tagaytay special this year had nothing to do with the destination nor does it involve the journey. It’s not where I went or how I got there. It’s whom I went with. And darn, Tagaytay just became the most romantic city on the planet.

Matabungkay has always had a special place in my heart. In August last year, I stepped on its sands again for the first time in three years and although I was glad to see its shore again, I was disappointed to find piles of garbage littered on it. I hope that when I go back, perhaps this year, I could see some improvement. Matabungkay is slowly losing what made it famous in the first place year after year.

I’d always wanted to participate in a Gawad Kalinga project and in early November, Globe made it possible. I was invited to be part of one of Bangon Pinoy’s initiatives — Bayan-Anihan. Globe works with Gawad Kalinga to push a food sufficiency program that aims to put food on Filipino’s tables. The end-result that they wanted was obvious in their cheer: “Goodbye Gutom!?

It was a sunny Saturday and the sultry weather didn’t keep us from working on our little Farmville-in-real-life efforts — building fences, landscaping, installing huts, painting, and partying with kids!

Since I was a kid, I’d always dreamed of going to Cebu. Last year, I was able to visit the Queen City of the South twice. First, as part of our Western Visayas tour and second, for Philippine Blog Awards – Visayas, which my friend Esan and I attended. While there, I was able to meet up with other bloggers including Byahilo, which kept us company for a day. There wasn’t enough time to explore much of the city so I’m hoping I could go back soon.

The best thing about Iloilo is its people. I found many goodlooking peeps in Cebu but the Ilonggos I found the most charming. The people we met in Jaro and Iloilo City were all very warm, hospitable, friendly, and helpful. Not to mention that food and lodging were remarkably inexpensive.

We got lost in Guimaras on the way to the resort but the destination was all worth the trouble. Considering it experienced an oil spill nightmare a few years ago, Guimaras is a beauty. Too bad for us we didn’t get a chance to taste their world-famous sweetest mangoes as it was not mango season when we were there. That means someone has to go back for it!

Our Ilocos Tour was an unexpected treat. Unexpected because we never really thought we’d explore the region that early and I really had no plans of paying the Ilocos provinces a visit. But Ilocos was a big surprise. It was beautiful — its history, its culture, its terrain.

I particularly liked our tour of Vigan and our visit to Paoay Church, which was magnificent in every sense of the word.

But the most enjoyable was Pagudpud. Its giant waves, ivory sand, and clear waters were just so enchanting there’s no way I could forget them. And like I said before, Ilocos’ windy environment was something refreshing to me and Bangui Windmills were landmarks to prove how anyone can create an intimate relationship with the wind in this part of the Philippines.

It was my first time to go out of the country. And although Singapore is less than three hours away from Manila, I could not complain. Primarily because the entire trip was shouldered by Nuffnang (and Pringles, yeah), haha. But more than that, Singapore is just an inspiring place. In my three-day stay in that Asian city, I was able to discover how Singapore became what it is today, and what things can we, Filipinos, learn from how they build and run their city.

And yeah, for a night I felt glamorous, being one of the not-so-many fortunate enough to attend the very first ever Asia Pacific Blog Awards.

Most of my relatives from my dad’s side found their home in Palawan. Almost everyone resides in its capital Puerto Princesa. Thus, I am no stranger to this marvelous city. However, this year, I was able to get a glimpse of the province’s other end — Coron.

Puerto Princesa is a beautiful city, no doubt, but Coron offers a different kind of adventure for a cheaper price. I felt like I was in a fantasy film. (Lord of the Rings, anyone?) Coron is just so cinematic. Its limestone cliffs, white beaches, deep lakes, and rustic atmosphere were nothing I’d ever seen before.

Swimming in Barracuda Lake in particular was an awesome experience. I still get goosebumps even up to now just thinking about how I swam across it, fully aware of its mind-blowing depth. It was just surreal.

It was a close fight between Coron and Sagada for the top spot on this list but I’m giving it to Sagada. Perhaps because the memories are still fresh; I was just there a couple of weeks ago. Aside from that, I’ll try to justify Sagada’s place on this chart.

First up, it was delightfully cold in Sagada. I’d never been to a place that cold. I loved it. But other than the climate, what makes Sagada so interesting is its, well, everything about it. It’s a small town with a big lot to offer. Well, actually, there isn’t as many to see as in other Philippine destinations but Sagada is where I felt TRULY relaxed and laid-back.

Yeah, despite the long treks and a lot of climbing resulting in me trying to consider to inject steroids to my fluffy body, it’s still far from exhausting. There’s just something anesthetic in the atmosphere, it’s almost addictive. 😛

I also fell in love with the people and its culture. (Benj must be laughing at me now.) It was great to finally see the Hanging Coffins outside my TV screen, pick oranges in a ponkan orchard, get up close and personal with rice terraces, go spelunking, dip in almost freezing water, and celebrate New Year with the locals around a bonfire on top of a hill. Whew!

There you have it. The 10 places I visited last year that I surely won’t forget. I hope 2010 would be as friendly to my itchy toes and restless spirit!