I woke up this morning coughing my lungs out, wondering whether last night was real or not. A few moments later, my hubby greeted me good morning and congrats. I figured, it was real. I hurried to the kitchen to get a glass of water and I saw three trophies on the drawer. One of my other housemates, Dane, congratulated me. Alright, alright, it was real. 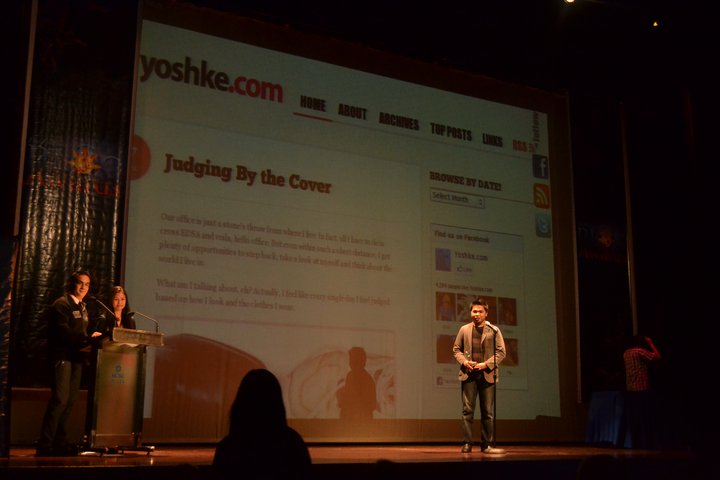 So last night, I won in 3 categories at the Philippine Blog Awards 2010:

Last night was a little blurry. I barely remember anything. In fact, my Sunday was pretty uneventful until that night. My asthma surely knows perfect timing and does it well. The past weekend, breathing normally has been such a chore. But I don’t have a choice, do I? Yesterday morning, I decided I won’t be attending. My KJ lungs just won’t let me.

I wish I could just take a dose of my anti-asthma medication but its side effects are nasty. I shake, feel weak and get giddy and hyper every time I’m on it. I spent the whole morning working on my travel blogs. My friends kept on insisting that I attend the event but I didn’t wanna risk it. It was only around 6pm that I started feeling a little better.

At around 7:30pm, after reading a whole bunch of posts about the Sarah Geronimo-Cristine Reyes skirmish, I decided to go. I knew I was already late but what the heck. I dressed up, took the bus and entered RCBC building. Hello, Philippine Blog Awards.

Believe me, I wasn’t expecting anything. I was a finalist in three categories but I wasn’t really hopeful. The only award that I thought I had a chance at winning was the Top 3 posts. After all, there were 6 finalists and 3 would win. It was a 50-50 chance. As regards to others, I wasn’t positive. I sat at the back and a few moments later, I was announced one of the winners of the Top 3 posts. Stage. Trophy. Speech. At that moment, I was content. I could die of asthma right there and I won’t care anymore. That was enough for me.

The 2 other wins were shocking to me. In fact, I showed everyone how to word-vomit on stage that time. I think I said something like, “Nahihiya na ako.” And out of the blue, I said hi to Azrael. Sabaw at its finest. LOL. 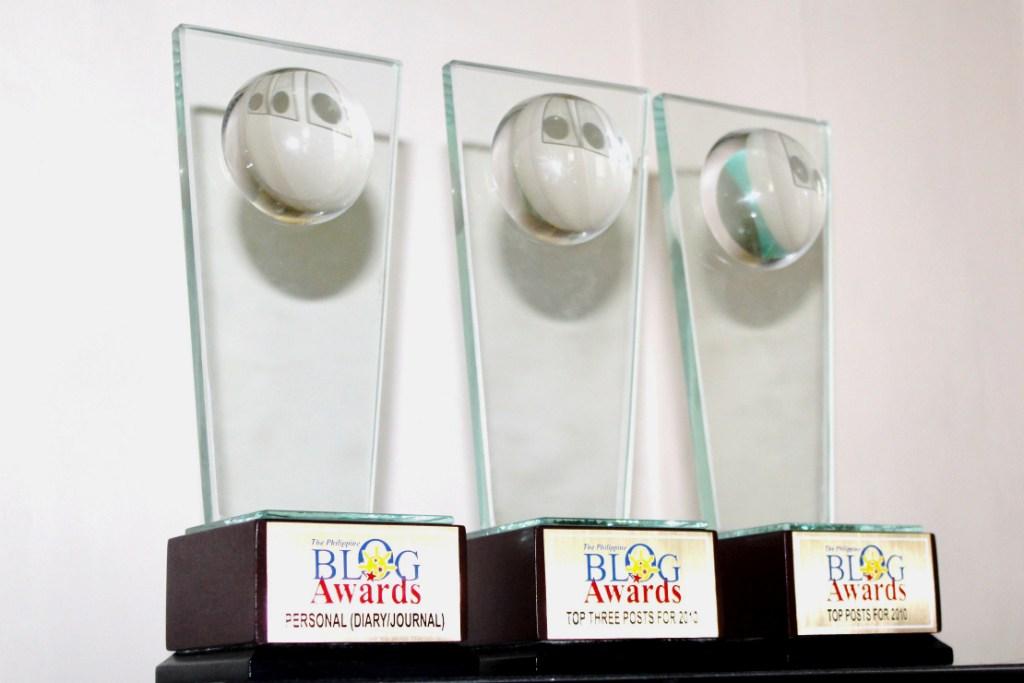 I didn’t even realize the Best Personal Blog award would come with a Nokia X3 phone. So when Jane, one of the presenters, told me to stay on the stage coz Nokia would give me a phone, I stupidly answered  “Huh? Why?” Tangena, ang tanga ko lang. Hahaha.

Anyway, that was last night. I was a mess. (And mind you, I wasn’t even drunk.) But you know what. I don’t give a damn. It was one of the happiest nights of my life. Screw asthma. Screw nerves. Screw expectations. I did it. I won.

And since I was a train wreck last night, allow me to take this opportunity to thank a whole bunch of people. Again, thanks to the Philippine Blog Awards, to the judges (I have no idea who you are but thank you), to my fellow finalists.

Top (Written) Posts for 2010: Fireworks, Hormones and this Blog Post

This award is for you, Shy Guy. I wrote it for you. And so this award is all yours. We’ve been together for almost two years and I don’t ask why the past two years have been my most successful, most productive, most fulfilling. I know the answer to that. You are my prize. I freakin’ love you to bits.

If only this award were a sign of forgiveness, then I’d take it whole-heartedly. But daddy, this means nothing.

I think it’s more than fair to share this award with the Promil Kids, with Andre and everyone else I have used featured on my blog. LOL.

And of course to my readers especially the regular ones and frequent “commenters” like Finya, Ertling, Cecille, the Lady in Green Ruffles, Kevin, Noah, Odin, Gillboard, Geek, Niel, Eina, Will, Gravity, Jake, Maki, Dust, Herbs, Dean. There are times when I feel like you were the only ones reading my blog and we don’t know each other but hey, you keep me going.

Andre said to me the other day: “Yoshke, you’ve been blogging for over 5 years and you’ve never been recognized by your peers. Something tells me 2010 is your year.”