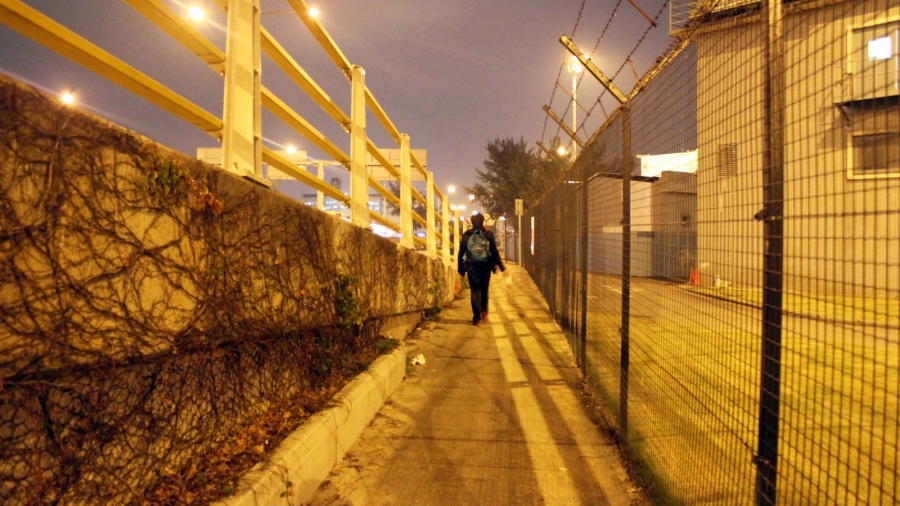 The rain was just about to pour when a man approached us. It was five past nine o’clock in the evening and my friend Ces and I were walking towards a cake shop along Tomas Morato in Quezon City.

While he was remarkably handsome, I was a little bit weirded out by him approaching me for a number of reasons. First, I didn’t know him at all; neither Ces nor I knew him. Second, a favor? He didn’t even know us and there he was asking favors from complete strangers. And lastly, did he just call me sir?

But his voice, while sexy, sounded very nervous. Like he was robbed in the other block just minutes ago.

“Sorry, sir, I hate doing this. But I was robbed in the other block minutes ago.”

“They took my wallet and my iPhone.” The stranger’s voice turned shaky like he was mustering all energy to stop himself from breaking down in tears. I looked at my friend Ces, who was already staring at me.

Ces: Have you reported it to the police? We can help you go there.
Stranger: No, no. I just want to go home right now. I just wanted to ask if you could spare me even P20. I just need bus fare.
Yoshke: Where do you live?
Stranger: Sa Ortigas pa po.
Yoshke: Where did it happen?
Stranger: Just behind the ABS-CBN building…. They took my iPhone and wallet. I got nothing.

I  reached into my pocket for the first bill and gave it to him. “Thank you. Thank you!” His voice was still shaky.

“Ingat ka,” we said to him. He took off his jacket and used it as cover from the rain as he walked away with his head down and face gloomy as the weather.

He was probably in his early 20s. A college senior or a fresh grad. He was fashionable and articulate. He was very distressed, very distraught, and very disarmingly cute.

Yoshke: Do you believe he was really robbed?
Ces: Yes, I do. There have been many cases of robbery in this area. He sounded and looked really distressed. And he looks like just the type who owns an iPhone. Do you think he was lying?
Yoshke: No, no. I think he was telling the truth. And real or not, I’d rather make the mistake of believing him and giving away P100 than the bigger mistake of not believing him and letting a helpless guy walk in the streets to his house at this time of the night.
Ces: Yes, yes. That’s right.
Yoshke: Did I ever tell you about my friend Robert?

I was into my second year of college when this happened. Everyone in the apartment, which I shared with five university friends, were determined to start the day on a positive note until the house caretaker found Robert asleep on the floor, outside the door.

Robert was a friend and housemate. He occupied a solo room in our apartment. He was a freshman, then. None of us noticed that he didn’t come home the night before.

When asked what he was doing outside, he said he was mugged.

I forgot where it happened exactly but he claimed, “I was walking when a van suddenly stopped and a group of men forced me into the vehicle.”

The men took his wallet with all his money in it, phone, watch, shirt, and even shoes while they were inside the van. The robbers then threw him out of the van into the sidewalk somewhere along Mindanao Avenue.

Perhaps it was an intense jolt of sadness and trauma but he felt so helpless he decided to just walk his way back to UP, where our house was located. He walked. Mindanao Avenue to UP Diliman. Barefoot.

When he arrived at around 3am, he knocked initially but then no one was answering the door so he decided to just sleep it over outside and wait for somebody to wake up later that morning.

It happened almost 10 years ago. How time flies!

Fast forward to the present.

“I know, I know. I should’ve asked for his name at least,” I told Robbie, a friend and housemate, after narrating what happened in Tomas Morato. Note that Robbie is a different person from Robert.

You know those supposedly serious conversations that the person you’re talking to doesn’t really give a damn and then you mention that it involves a really goodlooking guy and he suddenly lightens up like a Hetty-imagining-Jollibee’s-butt and everything becomes a joke from there? This conversation with Robbie was exactly like that.

Yoshke: I would’ve asked for his number but…
Robbie: Damn right, you should have!
Yoshke: I would’ve but then I realized it was stolen from him, remember? It’s like adding insult to injury.
Robbie: Right.
Yoshke: I was thinking of inviting him over to this house so he could meet you. You two are equally sad.

Robbie demonstrated his best impersonation of Eeyore and threw me a faux-disappointed look.

Robbie: You should’ve brought him here.
Yoshke: And do what?
Robbie: I could have given him all the support he needs! I can support him financially!
Yoshke: LIAR!

Robbie: OK, not financially. But I can give him moral, emotional, psychological support! I could’ve given him a hug, you know.
Yoshke: A hug?
Robbie: To keep him warm!

Yoshke: I should’ve asked for his name.
Robbie: You should’ve asked him to have coffee nearby until he feels alright and then you should’ve called me right then! I would definitely go to QC to console him. I would’ve hugged him and said, “Oh my God! Oh my God! My friend Yoshke here called me and told me what happened. It’s awful, what happened to you! Are you alright? I was dead worried about you so I had to come over to check on you. How are you? Are you OK?”

Someone in this conversation is hopeless. And I’m pretty sure it’s not me.