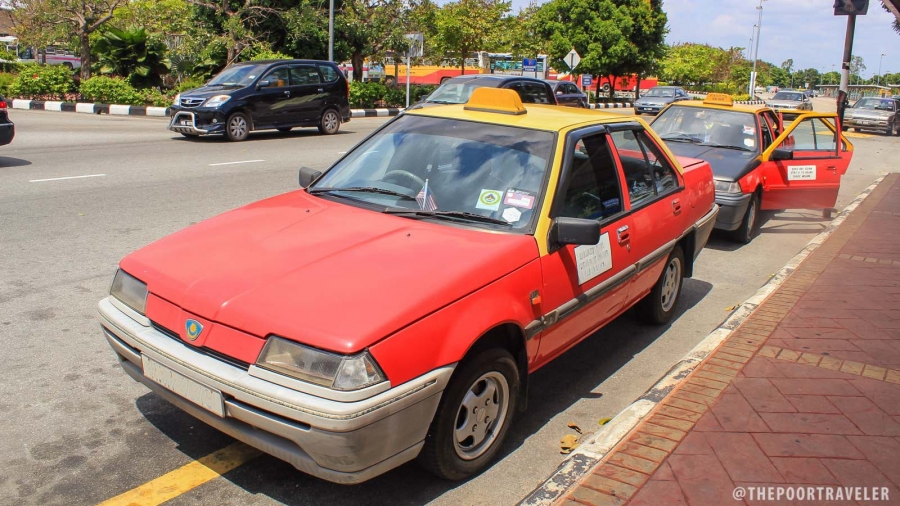 MALACCA, Malaysia — The driver greeted us with a smile as we hopped into his cab. “To Melaka Sentral, sir!” My friend Ces, as usual, took the passenger seat while Asta and I occupied the back row. The driver beamed, nodded, and responded, “Okay, okay,” and started to drive. It was our last afternoon in the historic city of Malacca and we were headed for the terminal to catch a bus back to Singapore.

“We’re from the Philippines,” Ces answered when she was asked where we were from.

“Oh! I know many Filipinos here,” the cabbie shared excitedly. “I have three Filipina neighbors and they are very nice and kind.” He then began to describe each of them and narrated their stories. Let’s call them Aida, Lorna, and Fe.

“Aida is very lonely,” the driver said. “She’s married to a Chinese businessman here. We always talk because she’s always at home, taking care of their children. Very kind woman.”

Aida had lived in the same neighborhood for years now and she was always alone. Her husband was always away for months, doing business in Singapore, Shanghai, and Beijing and was almost never home. “Aida is sad, I know. She doesn’t say it but I know. And you know why?” the driver asked and we just shook our heads.

“Because everyone knows her husband has mistresses and other children in those cities,” he said with certainty as if he were stating a scientific fact. His eyes, fixed on the road ahead. “She’s very much aware of it but she can’t do anything about it, she says.”

There was nothing left to say at that point but a simple “That’s sad.”

“But I keep on telling her over and over again to just leave her husband because he’s not a husband to him. But she always reasons out that she can’t raise her children alone and she needs support.”

“Can’t she just go back to the Philippines if she’s extremely unhappy?”

“She’s ashamed. She doesn’t want her family to know. I don’t understand that but she’d rather stay here. But she’s a great woman and a great friend to me. I wouldn’t want to see her leave, either.”

The vehicle was barely moving but our conversation had already moved on to another neighbor. “The man living next to my house is Chinese,” he said. If my memory serves me right I think he mentioned that the man was a teacher. “Gentleman. Very kind but very quiet, doesn’t say much. But very hardworking.”

The driver went on to say that, one day years ago, the man just married a Filipina named Lorna and that she moved in with him, making her a neighbor, too. ” She’s okay, sweet, kind. After a year, she got pregnant,” he continued. “They were very happy. The man worked even harder and he was thrilled to start a family. Oh how excited they were!”

At this point, we hit a junction and he shifted the conversation to rant about the traffic situation. “I don’t like this place. Always jam, jam,” referring to the traffic jam, to which we replied that in Manila this would be considered free-flowing.

When we moved again, he brought the talk back to his neighborhood. “Anyway, months later, when she delivered the baby, everyone was shocked!”

He did not wait for any of us to ask why. “Because the child is Indian,” he said.

“What do you mean the child is Indian?” asked Ces.

“Indian! The baby looks Indian and he IS Indian.” He let out an embarrassed laughter. “The baby’s features — eyes, skin color, nose — are very Indian. There’s no doubt about it. The couple, both Chinese-looking, can’t have a child that looks different. He’s a cute baby but it’s impossible. Impossible! The father of that kid must be Indian. It just has to be.”

“What did the husband do?” I asked.

“Well, he’s always been very quiet. He never said anything about it, at least not to us. As far as I know, he accepted the child and treated him as his own. But even now that the kid is grown, it’s becoming more and more obvious.”

“Fe is the most beautiful woman I have seen in my life,” the cabbie said with a look of admiration painted across his face. “She’s really beautiful. She was my neighbor for a long, long time.”

“What about her? Something happened?” I asked curiously.

“She met a British guy here in Malacca and they became a couple. They decided to marry, visit the Philippines, and then settle in England. But after two years, she returned to Malacca. They had separated. She’s still very beautiful but she looked quite,” he paused, “different.”

“Something about her face changed. And her breasts, they’re… bigger.”

He then let out a quiet laugh which sounded like it played somewhere between a snicker and a chuckle, which eventually turned into a deep sigh, as though he missed his turn. “She said that was what her husband wanted. I don’t understand that. Yes, she’s still beautiful but she was already beautiful then.”

Our cab turned a corner and approached the terminal parking. “Why would she change her body to please someone else? Maybe I’m old to understand but I just don’t.”

The cab halted and, alas, it was time to go. We opened the door, got off the cab, and bade farewell.