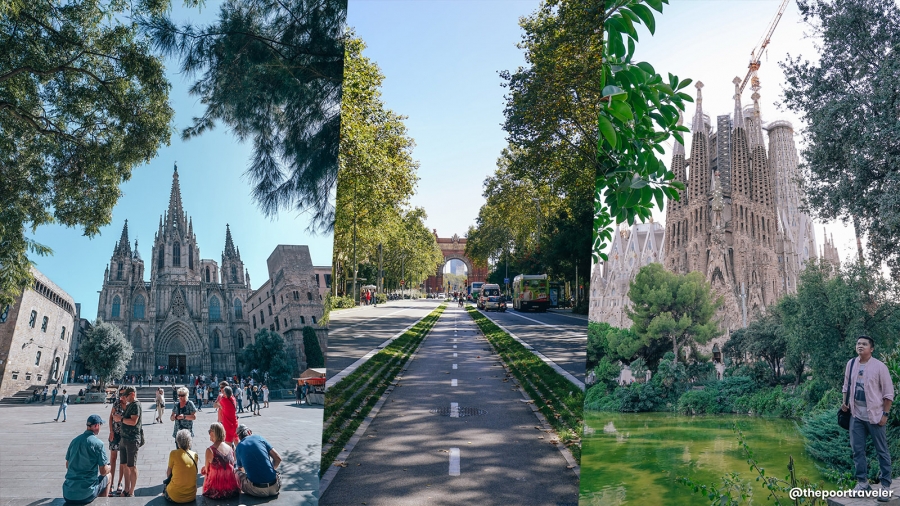 BARCELONA was not part of our original itinerary either. Because of visa issues, we could not go further into the Balkans so we had to look for alternatives. From Dubrovnik, the cheapest flights we found were to Barcelona.

I wasn’t too thrilled about it at first. I barely knew anything about the city other than the scams. And having fallen victim to one in Athens, we thought we could not afford another incident. But there was no other budget-friendly option at the time so we booked it.

Turned out to be a great decision. Barcelona was one of the best highlights of that trip. Even though it remains under construction, the Sagrada Familia was overwhelming inside and out. The walking tours were all satisfying. Barcelona is imaginative, convenient, relatively cheap, and utterly delicious. Even after a year, when I think of Barcelona, most of the images that bubble up first were those of its food scene.

All of our stops last year were terrific but I’d be fine if I won’t be able to return to most of them simply because I left happy and content. But I can’t say the same about Barcelona. I left hungry and sorely incomplete. Like we didn’t see enough, explored enough, consumed enough, stayed long enough. And it’s true. To this day, that trip — like its grandest and most iconic landmark — still feels largely unfinished.