Note: Blogger’s original work. Don’t plagiarize. To those who would dare, as my friend Ayn says it, may the wrath of heaven and earth fall upon you. This is fiction. Please see legal and ethical reminders on the sidebar. Thanks very much. 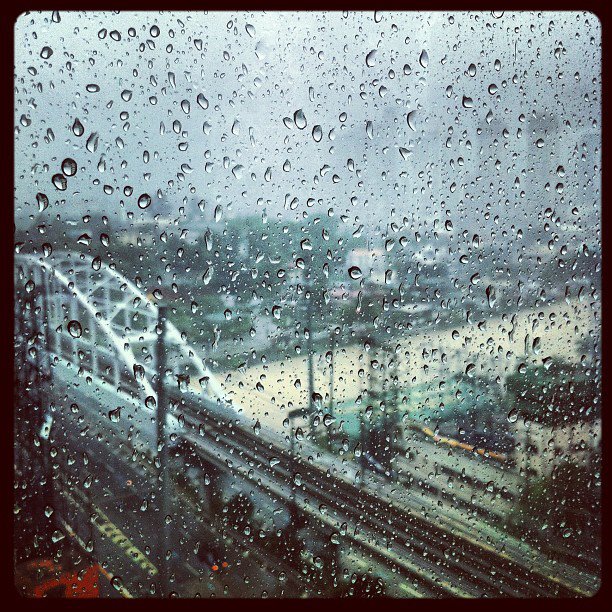 It’s been a bad day. After wasting hours at a cafe drinking practically every cup of coffee that place had to offer, here I am now. Alone. And waiting for the bus. I’ve been to different places in Europe but this is my first time in Bulgaria. And it turns out to be the most frustrating day I ever lived since I stayed in Europe. Four hours at a cafe. And almost an hour here at this bus stop. I just want to go home. And just when it seems like it can’t get any worse, it starts to rain. I can’t believe it. The forecast said it would be sunny the whole day. I’m pissed. This is really a terrible day.

When suddenly a man in his late 20s, runs towards the bus stop I am at. He’s all wet. Probably walking when it started to pour. And I’m just glad he found shelter under this shed. And I just can’t believe I’m sharing this shelter with him. This man is ruggedly beautiful. Seems to have been very lazy to shave off his facial hair for five days now, he still looks so handsome, I just can’t take my eyes off of him.

And here I go again, I’m starting to imagine things. I really wish he would face me and ask me, “Hey, you’re not from here, are you?”

And I would answer, “Yeah.”

And he would tell me, “So where are you from?”

And before I could even answer, he would speak again. “Uhmm, let me guess… uhm, Thailand?”

I would shake my head. And he would try again. “Malaysia?”

“Philippines,” I would correct him.

“You know any Filipino?”

And I would feel sad. But he would not notice. He would ask me, “So what is a Filipino guy doing in Bulgaria?”

I would smile at him. “Oh, nothing really.”

And then he would give me that cute puzzled look. “You flew from Southeast Asia to Europe for nothing? You must be really wealthy!”

I would laugh with him. “It’s not really like that. I’m a diplomat, and I’m based in Munich.”

“But still, Germany is miles away from here. What are you doing here in this humble city of ours?”

“No. Just a friend. A special friend.”

He would look around. “Wow. Flying from Munich from here, that friend must be really special. So where’s that special friend now?”

I would not answer. Instead, I would look at him intently.

“There’s nothing funny about it,” I would complain.

“Oh, I apologize. That’s too bad. He might’ve forgotten.”

Again, he would give me that puzzled look. “What makes you so sure?”

I would reluctantly answer, “Because, we made the promise that we would meet up here… eight years ago.”

He would be so shocked. And even when he looks surprised, he’s still so damn goodlooking. “No kidding?”

“No kidding,” I would smirk.

“That’s so nice of you to have actually remembered that promise.”

“We haven’t met personally yet. Had he shown up today, it would’ve been the first.”

“He?” Again, he would look surprised. But he would just smile afterwards. “Oh. How did you become friends, then?”

“Online. Ten years ago. We met in cyberspace. He’s from this city. We became really good friends despite the distance and the fact that we’d never met before.”

“That’s interesting. I used to have online friends, too, you know. But anyway, what happened?”

“We used to always talk about meeting at that cafe,” I would point to the cafe I was in an hour ago. “We were very excited about it. We promised each other that no matter what happens, we would meet up at that place on the first day of December ten years after we first met online.”

“First day of December…. That’s today!” He would look excited.

“But he never came, you see. I waited there for more than four hours. He never arrived.”

“Maybe he was there. You just didn’t recognize him.”

“Oh no, I have so many pictures of him, and we used to chat with our webcams on. I would surely recognize him if he was there.”

“Maybe, he will arrive. Maybe you should wait a little more.”

“I doubt that. I think he has already forgotten about the promise. Or even me.”

“How could he forget about you?” He would be confused.

“You see, after two years of chatting, we eventually became good friends. Almost special. We didn’t really feel the distance. Or the fact that it was only online. But all of a sudden, he just disappeared.”

“Yeah. Disappeared. He was never online again. I don’t know what happened. He never returned any of my e-mails. I’ve never seen him again in cyberspace. It’s been eight years since we last talked.”

“And yet, eight years later, you’re here. Hoping he hasn’t forgotten about you and your promise? That’s sweet.”

He would finally come closer to me and break the six-foot distance between us to tap my shoulder. “So what happened next?”

And then, the rain turns to drizzle. The rain stopped. And my fantasy is over. I’m back to reality. The truth is, that beautiful man I wish would talk to me is still standing a little over six feet away from me, and has never said a single word. And now, he steps forwards, and looks at the sky, checking if it would rain again. Pleased with what he saw, he begins walking away from the bus stop. And then he disappears.

It pains me. We didn’t even have a chance to talk. And why didn’t I approach him? But it’s too late. He’s gone.

But in my mind, in my fantasy, the man is still there. Tapping my shoulder. He would ask me again, “Hey, so what happened next?”

And I would look at him in the eye, and tell him, “He never arrived at the cafe. But after I waited for four hours, I was at the nearest bus stop. It rained suddenly and to my surprise, walking in the rain towards the same bus stop I was at, was him. Probably a coincidence. And he just stood there. Stayed a little over six feet away from me. When the rain stopped, he just left. He never said a word to me. He didn’t even recognize me.”

And then it starts to pour again.

Inspired by: Haruki Murakami’s On Seeing the 100% Perfect Girl One Beautiful April Morning, the best contemporary romantic short story for me.