After compiling my favorite films of all time, now it’s time to list down the songs that are memorable to me.  However, this chart is limited to love songs for I am also planning to feature other types on a separate list.

Note that this is a personal list. These songs may be those that affected me immensely, became an anthem of a certain period of my life, or just personal favorites.

Click the title to see the music video  or listen to the song. Links will lead you to YouTube. I’m also posting lyrics to the songs that I especially like. 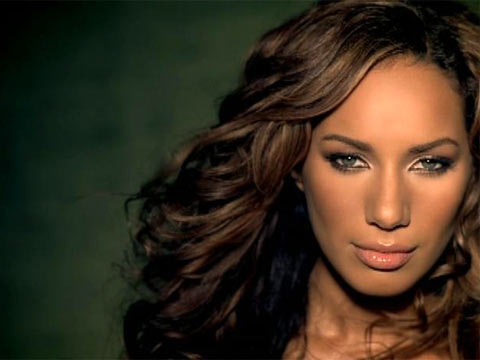 I first heard this song while YouTube surfing. I instantly became a fan. But I forgot about it soon after. Months later, before going to sleep, I heard it again over RX 93.1. I did not recognize the song and honestly, I thought it was Sarah Geronimo singing. Haha. I don’t like the lyrics very much but I believe that the melody and arrangement made the record the catchiest song of that year.

Later, I found out that it was written by OneRepublic‘s front man Ryan Tedder and teen star Jesse McCartney, whom I heart so much. Plus points. 😛

99. Kelly Clarkson – The Trouble With Love Is

I love this song because it’s so true. It summarizes what the problem with love is. Hey, look, look:

I first heard this song while Love Actually‘s closing credits were rolling. Been in love with it since.

Also Listen To: “My Life Would Suck Without You,” “Miss Independent,” “Since U Been Gone”

I don’t know why but this song is just so addictive. It always induces LSS and gaaaah, sometimes I wake up singing this song. Is it a Counting Crows thing? Or is it a Shrek thing? More like a Shrek thing, I think.

I almost felt exactly like this! I could have been singing this song. In fact, I was so ready to. Luckily for me, it turned out he wasn’t really insensitive. Yay!

This is the first of the two Beatles songs that made it to this list. I think this was their first hit in the US and I really really love this song. The first time I heard it, I wondered how it would sound if it were made a ballad. Thanks to the movie Across the Universe, they showed me through TV Carpio’s voice. Just beautiful.

Every time I hear this song, I keep on having a vivid picture in my head — a pair of guys walking around UP Diliman. Go figure.

Falling slowly, eyes that know me
And I can’t go back
Moods that take me and erase me
And I’m painted black
You have suffered enough
And warred with yourself
It’s time that you won

I was the happiest man on earth when this won Best Song at last year’s Oscars. I love you Jon McLaughlin and I love So Close but I just love this song better. I haven’t seen the film, though.

If I were straight, this song would have been way higher in this list. But I’m not, so I just can’t relate to the “hike up your skirt a little more and show the world to me” part. Makes me puke. Yuck. Skirt. 😛

But I can’t deny that this is a great, great song.

Oh I watch you there
Through the window
And I stare at you
You wear nothing but you
Wear it so well
Tied up and twisted
The way Id like to be
For you, for me, come crash
Into me

That’s just so sweet. I won’t hesitate making love to a man who would say that to me. Haha.

Ken, in one of his moments of boredom, sent me an mp3 copy of this song. I fell in love with it right away. If now were last year, this would’ve been my song. But now is now, and I’m happiest now.

I am ready for love

Although I can’t relate to it anymore, it’s a good addition to my unforgettable songs list.

I don’t really like meta-songs in general but this song is something that, upon first hearing, decided to stay in my head for good. Brooke White’s is my favorite version though.

Well, you said that we made such a pretty pair
And that you would never leave
But you gave away the things you loved
And one of them was me
I had some dreams they were clouds in my coffee
Clouds in my coffee, and

This song does not talk to me. It does not speak for me, either. However, I feel for the persona singing this. Many of us found ourselves in situations like this, wherein we don’t know where we stand and what it is really that we share with someone.

What I love most about this song is it’s honesty. It’s straight to the point. Sometimes, being heartbroken isn’t the worst thing in the world. It’s the feeling of not knowing. And yeah, Meredith Grey said that, too.

No other song encapsulates bitterness the way this song does.

88. Joe Cocker – You Are So Beautiful

I’d die if someone would just say that to me. LOL

I remember Diether Ocampo singing this on ASAP a few weeks after its release. I remember myself humming this when I was in Taysan, Batangas walking in the dark alone. I remember my first year in high school and how I tried to find my place in the class. I remember my childhood sweetheart who is now in heaven.

But its alright, I know youre out there
Doing what youve gotta do
You are my soul satellite
Id be lost in space without you

But my childhood sweetheart’s death didn’t leave me lost. I’m not lost in space. I’m gay, but not lost. Although to some, that’s synonymous. Haha.

Look at us baby, up all night
Tearing our love apart
Aren’t we the same two people who live
through years in the dark?
Ahh…
Every time I try to walk away
Something makes me turn around and stay
And I can’t tell you why

I wouldn’t know this song existed until Gayle Dizon of Star in a Million batch 1 sang this. (I loooved Gayle Dizon so much but she was the second to be eliminated. Yikes!)

Since then, this song has become a favorite. I found out that there were a couple of versions and I liked them just as well.

I should stop here. The next 15 songs include the following: