Love songs are here to stay. No matter what genre dominates the airwaves, romantic elements just keep on creeping its way into pop. Love songs know no season, gender, age and territory. It’s just so universal. Everyone can relate to love songs.

This is the fifth installment of my list of 100 love songs that I am completely in love with. This batch includes singles from number 31-45. Again, this is a personal list — songs that have touched me in many ways. (Click on the title of the song to listen to it.)

45. Ricky Martin feat Christina Aguilera – Nobody Wants to Be Lonely

I worship Christina Aguilera but most of her songs that I totally adore are not love songs — Beautiful, for example, is very inspirational but is not a love song. Nevertheless, her collaboration with Ricky Martin is a classic for me. It reminds me of my high school days and this song just speaks for many people who have been longing for someone, fearing the idea of being alone.

Ricky Martin and Christina Aguilera were huge superstars at the time and although it did not enjoy extreme success in the US (peaking somewhere around number 13 in US Billboard), I believe it was very successful in the rest of the world.

I also love most of Ricky Martin’s ballads such as She’s All I Ever Had, I Count the Minutes and his work with Meja, Private Emotion.

44. Third Eye Blind – Deep Inside of You

When I heard this song for the first time, I fell in love with it almost instantly. It’s just sensual, romantic and heart-breaking at the same time. I know the kind of sexual reference was intentional, but you can read it in a purely romantic way. The song encapsulates the feeling of being part of a relationship that has just ended but you invested so much emotions that when the relationship died, a part of you died with it.

One thing that I really really really love about Mariah Carey is that she knows how to tell a story using her instruments — the voice and the pen. Mariah is not just an extraordinary vocalist, she’s also a good songwriter. Her songs are very believable — words unpretentious and voice soulful.

You called yesterday to basically say
That you care for me but that you’re just not in love
Immediately I pretended to be feeling similarly
And led you to believe I was O.K.
To just walk away from the one thing
That’s unyielding and sacred to me

I’m sure many of us have loved or cared so much about someone but sadly the feeling is one-way. And when they say that to us upfront, we pretend it doesn’t matter. But the truth is, we are devastated. That’s what Breakdown is all about. It’s just a beautiful song.

I’m not really an Avril Lavigne fan but I love this song. It’s just so painful and angry and raw. It’s one of those songs that you can feel the singer angry at the person she’s singing about, the situation and herself. Many of us have been through something like this — building our dreams and life around someone who turns out to be building lies around you. 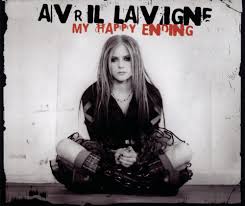 You were everything,
Everything I wanted,
We were meant to be,
Supposed to be,
But we lost it,
Now all the memories so close to me just fade away,
All this time you were pretending,
So much for my happy ending

Talk about pain! What could be worse than telling the person he replaced you with just how to love him. The song does not just tell you how much the singer is hurting, it also gives a clear picture of how much she loves him yet she is considering acceptance that her time with him is over and he’s not hers anymore.

Celine Dion and Barbra Streisand did a great job here.

I have to admit that Meteor Garden introduced this song to me and I was sold right then. This song became so popular in the Philippines and made Lara Fabian a little bit famous. But I think there’s definitely more to it that being just the theme song of Meteor Garden.

What I really love about this song is it’s very cinematic. Every time I hear it, an image appears in my head, something like a scene from a black and white movie. It’s very visual. But more than that, I love the message of the song. Sometimes, we let go of that person we love just because we failed to work it out but if we’re lucky, they’d come back and we just have to prove to them that we’re worth a second chance. 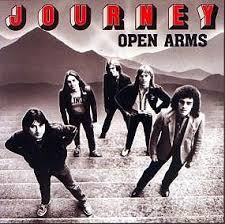 Lying beside you,
here in the dark,
feeling your heart beat with mine

Softly you whisper,
you’re so sincere,
how could our love be so blind

We sailed on together,
we drifted apart,
and here you are by my side

So now I come to you with open arms,
nothing to hide, believe what I say

I love Journey but this one of the rare instances when I love the remake better than the original. I just adore Mariah Carey’s version so much. Or maybe that’s just the gay guy in me talking.

Have you ever been through a stage wherein you try to get over someone, almost about to let go, but whenever they come around, we just fall right back in love with him? Aaaargh! That’s what’s funny about this song and that’s what makes it so sad, too. It’s one of those songs that you just hate because it describes exactly how you feel! 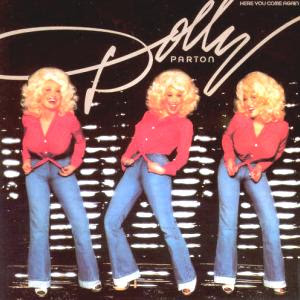 American Idol finalists Clay Aiken and Carly Smithson did a rendition of this song. Carly’s is my favorite.

Ah, The Fray. I love them. And this song, too. Never Say Never describes a love between two individual who are too afraid to cross the line. I’m sure a gazillion people can relate to it! Some things we don’t talk about,
Rather do without and just hold the smile
Falling in and out of love
Ashamed and proud of, together all the while

I must admit that it wasn’t until Freestyle and Pops Fernandez did a rendition of this song that I learned to love it. This song is also something that many of us can relate to — especially the married ones who have met their true love a little bit too late.

I love Shania Twain to bits! I’m totally into her Come on Over album. Actually, most of my favorite songs of hers are off of that record — You’re Still the One, From this Moment On, That Don’t Impress Me Much. But You’ve Got a Way is the one that truly moved me. It’s very simple, like most great love songs, yet it makes me smile every time I hear it regardless of who sings.

34. James Morrison – You Give Me Something

Getting more than you bargained for — that’s the theme of the next love song on this list. James Morrison has always mesmerized me and this is probably my favorite from him. (The truth is, I loooove most of his songs.)

Have you ever had that feeling of falling for someone you never wanted or imagined you’d fall for? And the more you spend time with that person, the more you find yourself wanting for more? And so you’re afraid because it was never planned or expected? 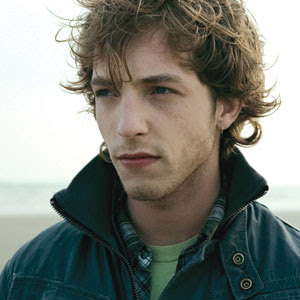 You already waited up for hours
Just to spend a little time alone with me,
And I can say I’ve never bought you flowers
I can’t work out what the mean,
I never thought that I’d love someone,
That was someone else’s dream.

‘Cause you give me something
That makes me scared, alright,
This could be nothing
But I’m willing to give it a try

Snow Patrol is my new Coldplay! (And Coldplay is my new U2! Haha.) I just love them and their songs from their first album — Signal Fire, Chasing Cars, Hands Open. Their second album, A Hundred Million Suns, isn’t half-bad either; there are so much good stuff in that record. But the one song that caught my attention easily was Crack the Shutters — it’s just damn romantic. Especially this part: 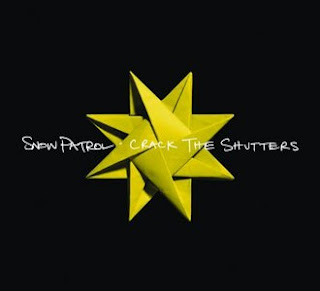 Crack the shutters open wide,
I wanna bathe you in the light of day
And just watch you as the rays tangle up
around your face and body
I could sit for hours
finding new ways to be awed each minute
Cuz’ the daylight seems to want you
just as much as I want you

This is the second Damien Rice song on this list, the other one is Volcano. (I worship him like I’m this close building an altar in honor of him. LOL.)

I first heard this song on the TV series Lost (Season 1). The track was used in the show so beautifully that I really tried to memorize the lyrics at the time so I could google it later. When I googled the lyrics, I was not surprised to find out it was Damien Rice.

There are many ways to read this song but mine would be this. Seems like the two characters in the song are having a secret affair and one of them is trying to deny that he/she has feelings for the other. It may also be about two people in a “confused” state of a relationship — trying to make something out of what they have, which they are still trying to figure out. Great song.

So why do you fill my sorrow
With the words you’ve borrowed
From the only place you’ve know
And why do you sing Hallelujah
If it means nothing to you
Why do you sing with me at all?

This song is love. I super heart this song. Every time I hear it, it’s like the world stops and it’s just me and the song. Perhaps one reason for this great love for this song is because it describes PERFECTLY how I feel and what I do when I’m in love and just about to try to start a relationship.

That’s it for now. Part 6 is coming up next!