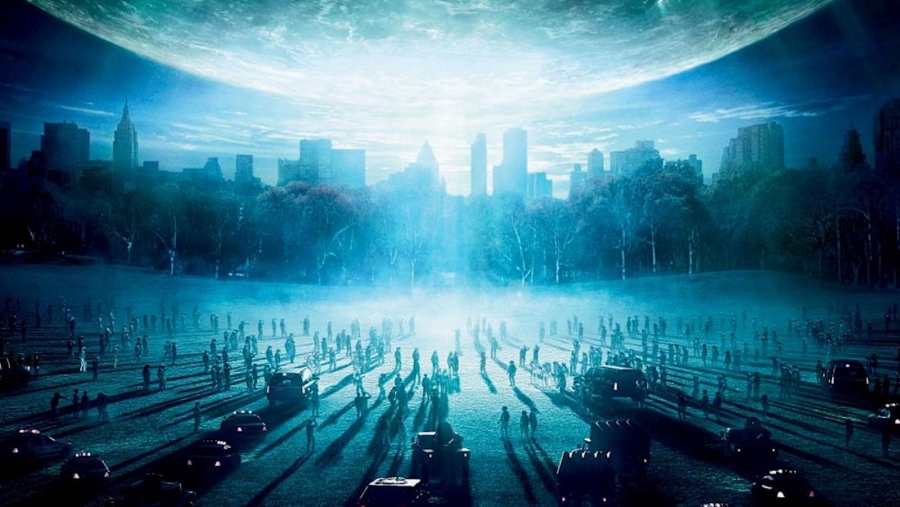 I’ve shared this experience with only a few close friends because I was afraid other people would think I was either a liar or a lunatic. But I swear to God this is true and this happened.

My mother’s eyes were glued to Charito Solis in the original Mula sa Puso teleserye when I left the house. It was around 7pm, I think, and I was waiting for my cousin to meet me in front of our house for our nightly jogging. I was 11.

It had been our habit to go out and jog along the road, passing three barangays, go back to where we started and then run another lap. We had been jogging every night for weeks that time, but that night was different. A strange encounter would put an end to this habit.

I grew up in a small barangay in Batangas. Although not exactly remote, it wasn’t in touch with technology at the time. For the kids my age, running kites, hunting spiders and stealing fruits from neighbors were our idea of adventure.

That night, we were already on our second lap when our jogging turned into brisk walking. We were on the side of the road that cut across sugar cane fields. (I know it sounds dangerous but kids in our town are used to crossing the frakking highway as early as 7.) The evening was generally ordinary. It wasn’t that dark; thanks to the lamp posts. Aside from an eatery a hundred meters away, there were no houses along the road in the area.

My cousin and I decided to sit on a boulder and rest. Every now and then, big trucks carrying hundreds of sugar canes would speed past us. We talked about so many things — our favorite TV shows, his classroom crush, his mother being strict at times.

Suddenly, it happened. We thought the light from the lamp post had turned red and green. When we looked up to check the light, our jaws almost hit the floor. Several meters from the ground was a big, luminous ball. It was glowing and it just floated up there, not directly above us but we could see it clearly.

The sphere was unlike anything I had seen before. It was big, maybe as big as a studio apartment or a bedroom. But it was too small to be an alien spaceship, based on usual representations.

It looked solid like glass, and it was like a disco ball yet around it (or maybe inside it, not sure) were some red and green things that glowed. Looking back now, I’d say it was so Christmassy. (Perhaps, Santa’s disco ball? Lol.) The green and red things looked fluid and seemed to flow but not mix, like when you color water green and oil red and put them in one container and shake it. It looked just like that, like in a lava lamp. And it was spinning albeit slowly. 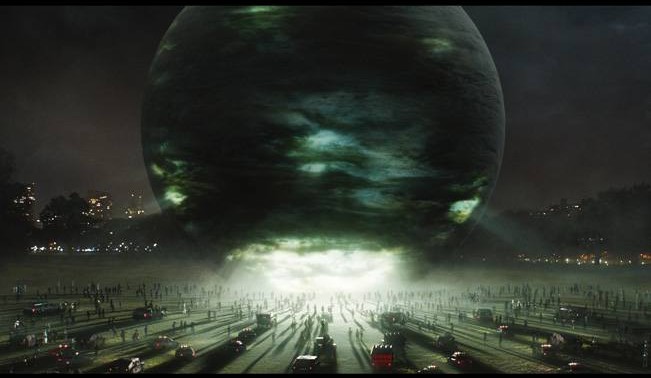 This is a screen cap from the remake of The Day the Earth Stood Still. Horrible remake but this ball look like the one I saw when I was a child. Except it was much, much smaller and it was green and red.

At the bottom of the sphere, there was a bluish white spot and it was glowing more brightly than the rest of the ball. The bluish white light was shining on one direction — down— unlike the green and red things, which seemed to shine all over. I don’t remember whether it had a ring around it but I clearly remember thinking, while I froze in fear, that it looked like the planet Saturn.

I am not sure how long it floated, but we did not move. We just stood there and stared at that thing with our mouths open. I had never heard of alien abductions, crop circles, or any other whatever mysteries at the time. All I knew was that I was afraid and awed at the same time.

And then, it moved. It floated to the south and after moving a few meters, suddenly it zoomed up. And in an instant, it was gone. I don’t know whether it vanished or it was just too fast.

My cousin and I did not say anything but I guess we both understood what I wanted to do —- Run. We ran and took shelter at the eatery. One of the guys inside, Kuya Jessie, asked us what was up. He saw the dancing green and red lights, too, but he dismissed them because he thought they came from an emergency vehicle lights. We told them what we had seen but he would not believe us.

We went home and talked about what just happened. I told my sister about it and she thought we were making a fool out of her. My mom called me for dinner and we decided to call it a night.

I was still thinking about it when I fell asleep.

I woke up the next morning utterly confused. Was that a dream? Was that real? Immediately, I came over to my cousin’s house and woke him up.

“Hey, hey,” I asked him as he opened his eyes. “Do you remember anything weird that happened last night?”

He gave me a strange look and answered, “Who would forget that? We saw a giant, flying disco ball spaceship.”

This incident remains my most unforgettable experience up to now. What the hell was that?