Coming from a morning meeting in Ortigas, I dropped by SM Megamall to buy a laptop bag. I entered a store and found myself the only customer at the time. I was sharing the room with one saleslady who was busy at the counter.

After finally choosing the bag I wanted to purchase, I approached the saleslady and gave her the item. And then something weird happened.

She looked at me from head to toe and then stared for a few seconds. It wasn’t condescending. It was weird, but not condescending. I was wearing black pants, a T-shirt hugged by a black blazer, and leather shoes. “Miss, kunin ko na ‘to.”

She took the item and began preparing the paper bag.

She paused. I swear there were some tears building up in her eyes.

By the time she finished saying that, she handed me the paper bag with the bag in it. I smiled and bade goodbye. Before I left, the saleslady called on me and gave me the free mouse that came with the bag. “Ay sir, yung free mouse, muntik na.”

It was weird because I never wanted a marketing job. (I would fall in love with it eventually, but I certainly didn’t like it at the time.)

I walked out of the store not feeling sorry for the girl. I was happy for her. It takes wisdom and humility to succeed in life. Likewise, it takes wisdom and humility to recognize the mistakes and bad choices you made in the past. I hope to meet her again one day and hopefully she finds true happiness. It may not be in the form of a marketing career but something she longs for just as much.

There was one shoe store in SM Megamall that had been holding an attractive sale for a long time. One night, while looking around, I found this pair of leather shoes and it cost only P600. Since then I had always been tempted to buy ’em but I was worried I had been spending too much on not-so-important things. 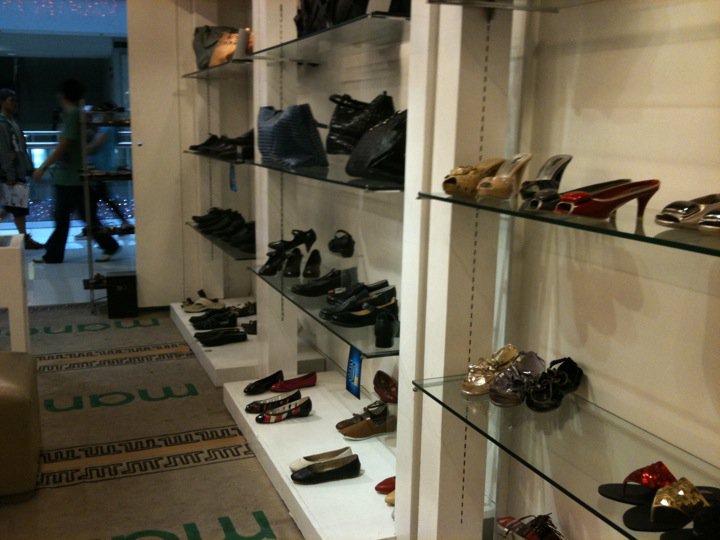 One day, I dropped by the store again but after a minute of staring at the shoes, I decided to just get them another day. On the way out, I saw the “Last Day of Sale” signage so I was forced to buy those right then. One saleslady assisted me. She was very goodlooking and very attentive to my needs. We had a short conversation.

While waiting for my payment to be processed, we talked about so many things. She kept on asking information such as where I was from, what my hobbies were, why I loved traveling. I’m used to having small talks with strangers especially those who had been helpful. Soon, I left the store.

An hour later, I came back. The same saleslady greeted me. The first thing she noticed was the Forever 21 plastic bag I was holding.

Minutes before, I realized that a female friend’s birthday is coming up and I needed to get her a present. Thus the return.

The saleslady picked one and showed me.

The saleslady presented me one bag after another but none of them, I was sure, was something my friend would like. So I decided to leave.

I was given a sheet with so many names and phone numbers written on it by different people.