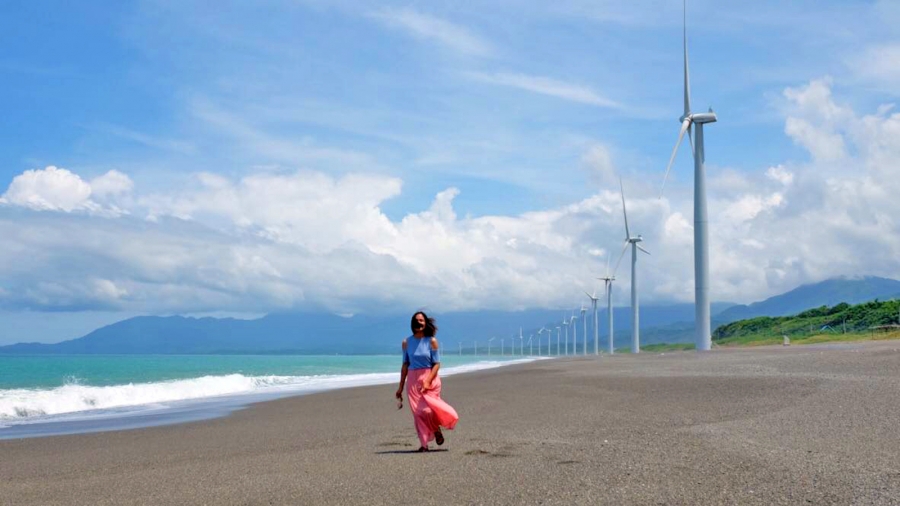 She came walking slowly, sat next to me, and introduced herself, “Hi! I’m Astrid.” Her name means “star.”

“I’m Yoshke,” I replied. Reluctantly, I shook her hand. “Nice to meet you.” The whole thing was totally weird to me.

It was the moment when, I think, she and I truly became friends. I wouldn’t say we became inseparable since then, but I missed her every time we were apart. From then on, we became distant companions, as crazy as that phrase sounds. Although we lived miles away, I knew I could rely on her any damn time. She would text me whenever she was around and she would always invite me to an afternoon of street food. Or just a day of doing nothing at all.

She’s like that every time. She appears whenever she feels like it and I can always expect her to constantly flicker in and out of my world. She’s like a friend from an alternate universe. Every moment with her is short, is sweet, is a fleeting, recurring dream, something I always look forward to and enjoy when it finally comes. She’s the twinkle every dreamer, who has been endlessly watching a certain star, waits patiently for.

I always make a point she’s one of the first to know whenever I experience a sudden surge of emotions — when I’m terribly down, when I’m extremely happy. And even when nothing happens, I send her a random, sometimes almost empty, message just to let her know a dreamer is thinking of a star. 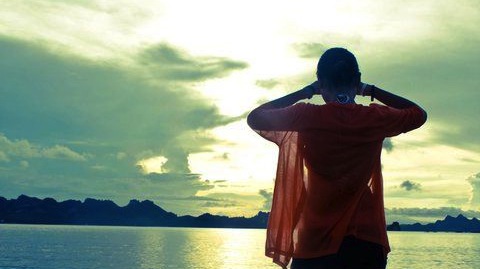 One time in Puerto Princesa City, we were on a trike and sat silently next to each other. “I love this,” she uttered. “Do you remember this one scene in Pulp Fiction?”

“Which scene?” I asked, intrigued.

“The one about silence. You know, that scene wherein Uma Thurman’s character said something like ‘That’s when you know you’ve found somebody special. When you can just shut the frak up for a minute and comfortably enjoy the silence.‘”

“Well, we just had a long moment of silence,” she added. “But it was very comfortable.”

“Yeah. I guess it’s a good thing when we enjoy each other’s company even when nobody says a word. And no one is forced to talk just for the heck of it.”

That conversation reminded me of another time on a bus. “I don’t believe in second chances,” she insisted.

“Me, either,” I said. “I used to think that human relationships were like vases. That when broken, although you could put the pieces back together, the damage would still be there.”

“Funny how we’re still friends given our history.”

Yes, our history. It had been colorful. Volatile, but colorful. Who would have thought that these two persons who would always find themselves sitting next to each other were at war a few years ago. Certain (people and) circumstances pushed us against each other. She hated me. I loathed her. She had sent me cold, hostile text messages. I had hurled equally repelling replies at her. No one would have expected how anyone would come out of that war emotionally alive, much less friends.

If our friendship were a vase that time, it was not just broken but absolutely pulverized. Beyond repair. Either we were unbelievably skilled at mending things or we just let whatever was left of the vase get blown by the wind. After all, it would be much easier to build a new one from scratch than fix what was irreparable.

I guess that was what she thought, too, that one day — after months of pointless juvenile battle — when she saw me sitting on the railings of our college building, she chose to walk toward me, sit beside me. Neither defended anyone. Neither explained anything. Neither asked why. It was as though nothing happened. As though it was that easy to put everything behind us. But we did.

“Hi! I’m Astrid,” she extended her arm and introduced herself as though it was our first time to meet.

Truth is, it is easy if one chooses — even in silence — to forgive, admit own mistakes, and acknowledge that some friendships are just worth saving.