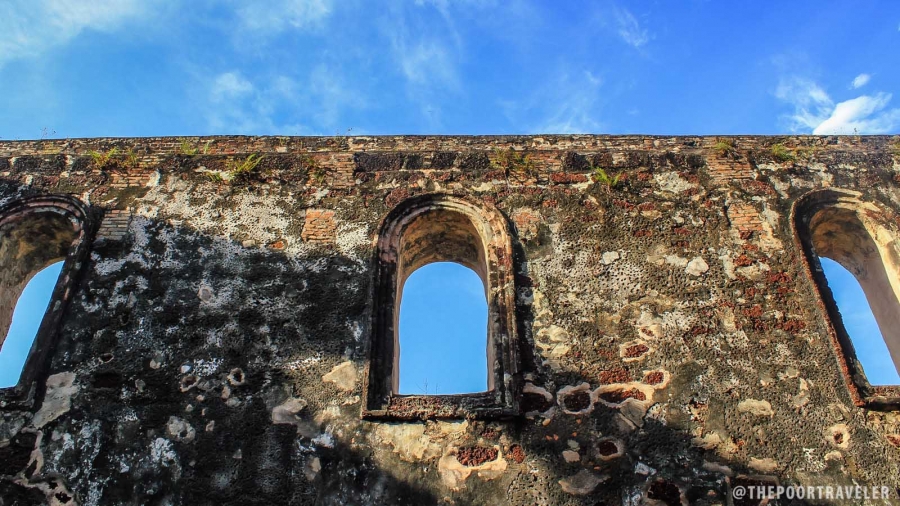 I quit my full-time job last month to see the world.

Well, not really to see the world. I just wanted to have more time to travel. I still provide social media consultancy services to a couple other companies but getting rid of my “day job” would mean more freedom — Freedom from limited leave credits, from the mountain-high pile of work to do after every holiday trip, from asking permission from the bosses.

Although my current employment status would not allow me to go on a month-long backpacking trip to wherever, I now have the choice to be on the road or fly somewhere any day I want! Hurray!

Anyway, I started this traveling year with a weekend trip to Malacca, a historic city in the Malay peninsula. Malacca City is a UNESCO World Heritage Site, a testament to its historical and cultural significance not just in Malaysia but in the world. 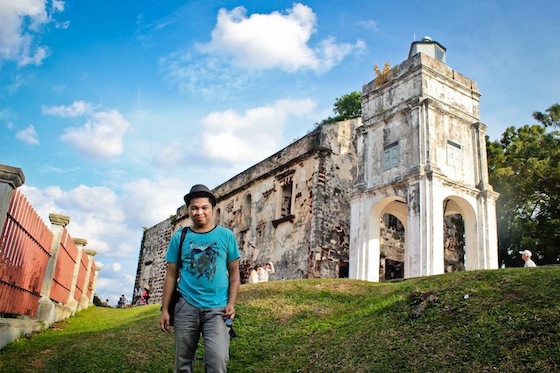 At the Ruins of St. Paul Church! 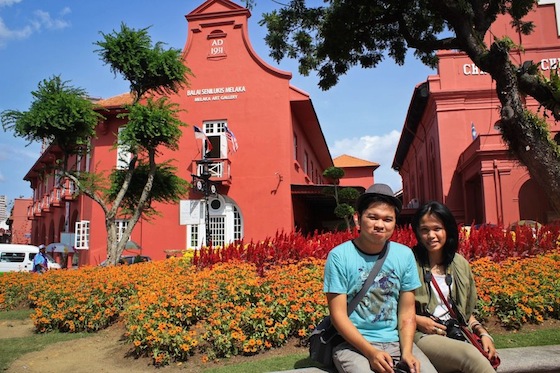 At the Dutch Square (or Red Square) with Asta

Cliche as it sounds, Malacca is a melting pot of cultures. In its long, long history, the city has been a center of trade with China, India, and the Arab world. It was also colonized by the Portuguese, the Dutch, and the British until Malaysia became independent. Dutch and Portuguese structures remain standing in many parts of the city on one side of the Malacca River, and on the other, Chinatown!

Sounds like a really serious city, huh? But as I walked around the city, I couldn’t help but get amused and entertained as the city showed its quirkier, fun side. 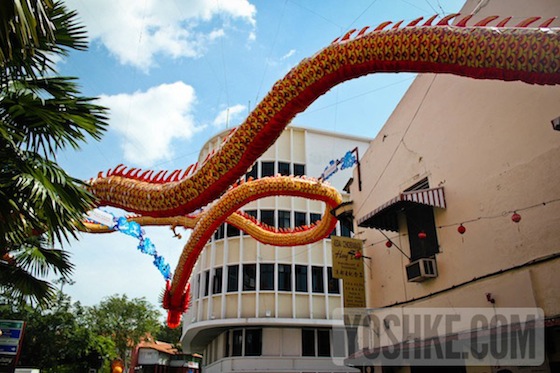 Malacca was celebrating the Chinese New Year when we visited and this enormous dragon hovers above Jonker Street. 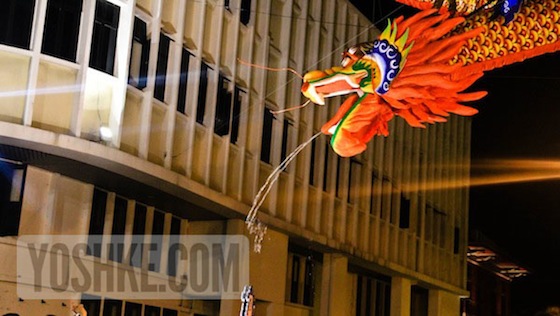 But the giant dragon spits out water to the surprise (and entertainment) of the tourists walking under it. Don't worry because no one got wet as the water shot straight to the fountain below. 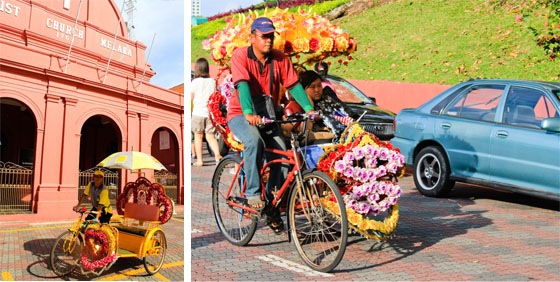 These beautiful tricylces abound in the streets of Malacca. As if the flowers aren't quirky enough, some of them also play really loud music. 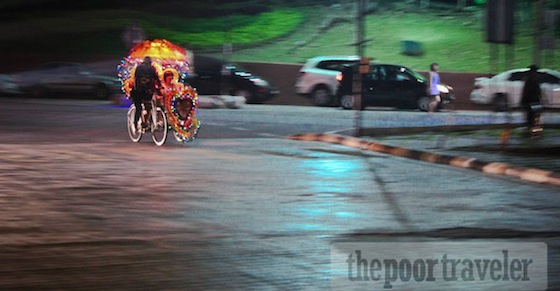 But wait there's more! At night, these tricycles turn into a festival of lights! They're so pretty! I love it! 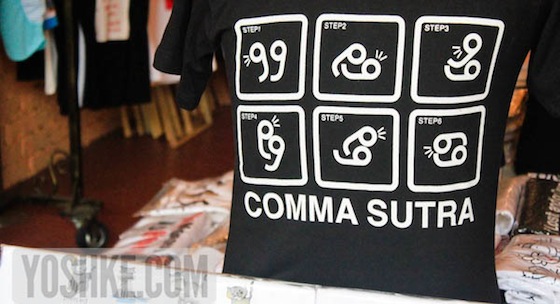 Found this shirt in one of the souvenir shops. I had seen shirts like these in other cities like Hong Kong and Manila but still, it cracked me up. 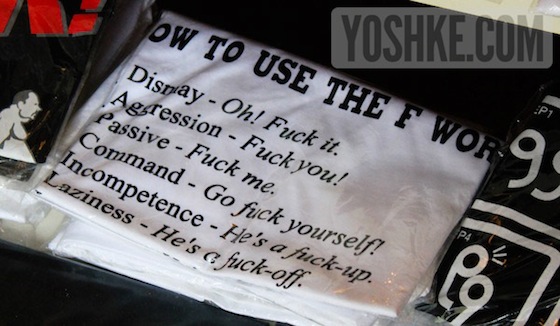 How to use the F word. Let this shirt be your guide. 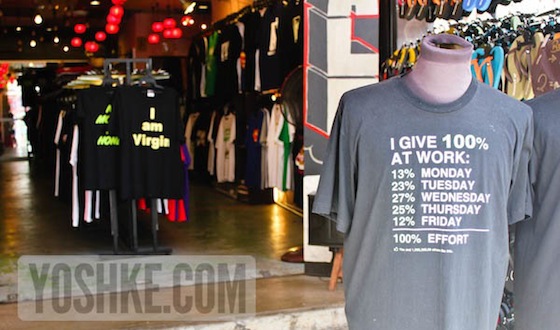 AMEN! But I liked the "I am virgin" shirt at the back better. LOL

More pics after the jump! 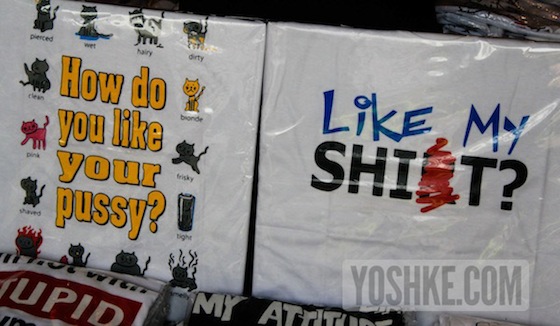 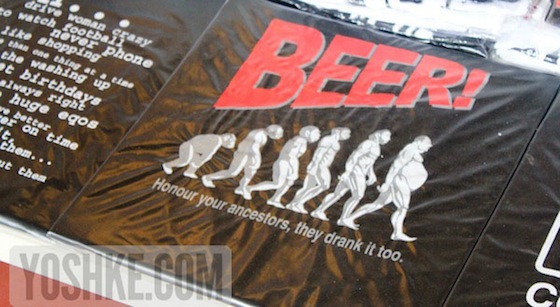 I can totally relate. Wuuu. I've been sporting a what-looks-like-a-baby-bump tummy lately. The ugly side of beer! 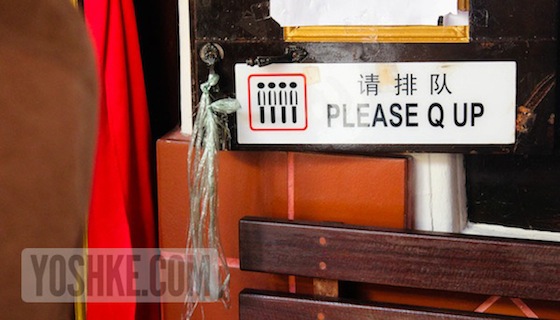 I loved how they simply used Q! 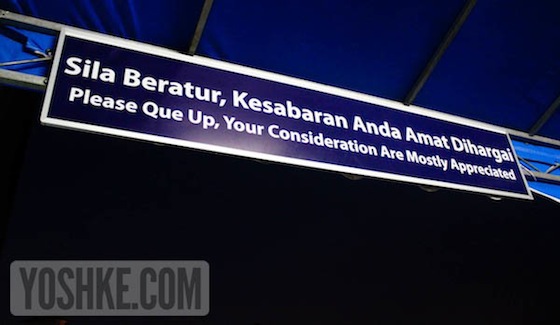 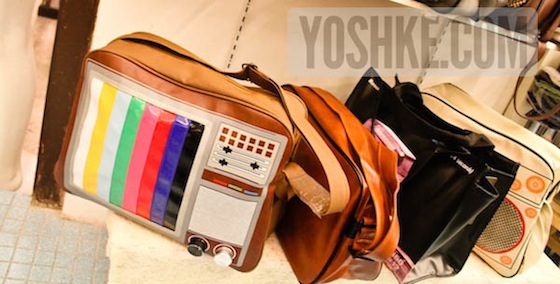 This TV-design bag is just so fabulous! I just wish it's not that expensive. 🙁 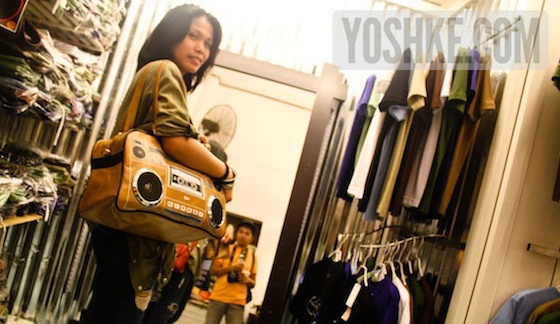 My friend Asta trying on the "Radio Bag." 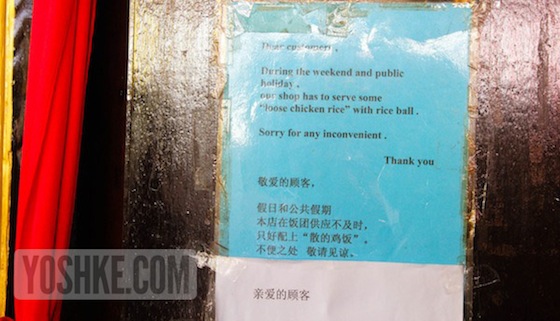 Sorry for any inconvenient! 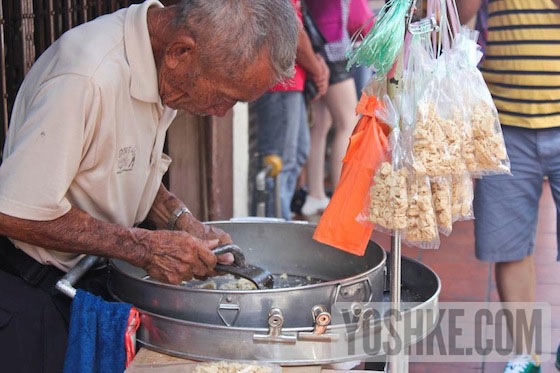 While we were walking along Jonker Street, we kept on hearing this metal clanking sound and it just wouldn't stop. We kept asking each other, "Ano kaya yun?" It sounded like it was coming from a blacksmith's shop or something. We were pleasantly surprised when we finally found the source of the sound --- a CANDY booth. Hard candy, prepared old-school style. 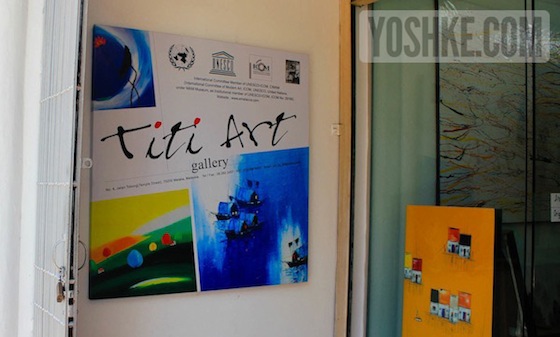 On the way to the temples, I spotted this poster and my immature alter-ego chuckled. I finally found the art that I can support, master, and champion. Haha. Kidding. The place is called "Titi Art Gallery." Nothing sleazy about it. 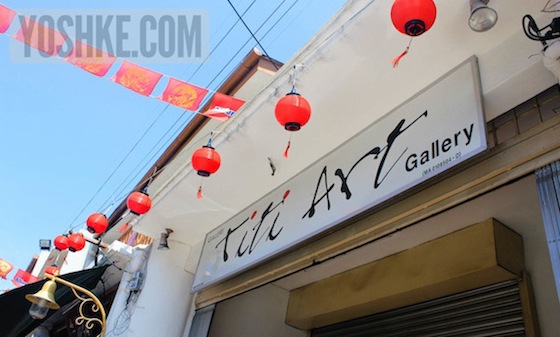 Unfortunately, the gallery was not open yet. 😛

Overall, I enjoyed Malacca. All kidding and shallow things aside, the trip was highly enlightening and educational. I would write in detail about each place we visited on my travel blog very soon.