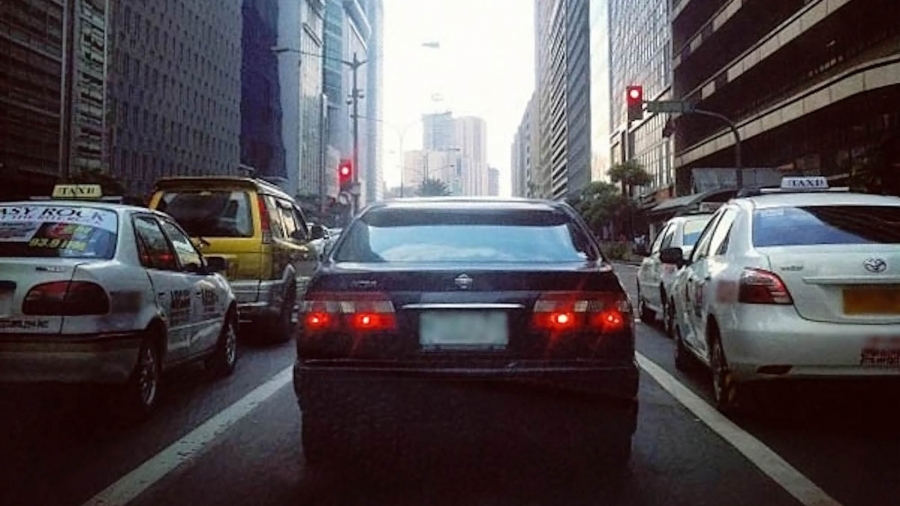 I’m always afraid to take a cab alone. I just don’t feel comfortable being alone with the driver and the  hold-up stories that I have been reading online are not at all calming. But it cannot be helped sometimes. Whenever I do, I take the passenger seat and start small talks with the driver just to blow my anxiety away.

I have shared conversations with so many types of taxi drivers. There are types who talk too much and those who wish not to be bothered; those who attentively listen to Tulfo on the AM radio and those who sing along to the latest tunes on FM; those who narrate funny encounters with other passengers and those who share their sob stories; those who praise the government and those who rant about it. Many of these rides are memorable. Some rides were hilarious, some were just totally odd, some were surprisingly enlightening, and others were downright scary.

Last year, I complied on this post a few of my cab experiences which I learned so much from. This time, I’m sharing some encounters that scared the frak out of me. Read on.

“May baboy-ramo dito,” said the driver of the cab I was in. It was past midnight and the sluggishness that had long tried to engulf my consciousness went out the car window in an instant.

“Ano po yun?” I wanted to know if I heard it right.

I just gave the driver a stare and when he realized I was looking at him, he said “Totoo yun!”

And then there was silence. Hi silence, nice to meet you again.

I didn’t want to judge but there was something about this driver that was just not right, or at least, didn’t make me comfortable. His eyes were somewhat red and he looked like he just finished an entire tumbler of strong coffee in one go. We were passing through a residential area and I could not see any one on the streets. It was late and it was dark.

At this point, I found his fixation to call centers too weird that I decided to lie. Sorry, Papa Jesus, I’m breaking one of your commandments.

“Imi-meet ko yung kaibigan ko. Ibabalik ko ‘tong jacket na ‘to,” I moved the collar of the blazer I was wearing.

I really felt uncomfortable staying inside that cab so I tried to come up with a way to get off of it.

“Kaka-opera lang po kasi may tumor.” This is true, by the way.

The cab stopped in front of the drugstore. I paid the driver and tried to alight but I couldn’t open the door. I tried again but I really couldn’t open it. It was already unlocked but it just won’t open.

The driver then moved and clicked something on another part of the door. “Ako na, ako na,” he said. It opened.

I hopped out of the cab and said goodbye to the driver, “Sige po, kuya. Salamat po!”

I walked in to the store and bought a bottle of water.

It was 3pm and the roads were less congested than usual as rush hour was yet to demonstrate its awful ability to annoy motorists. I was in a cab, on the way to an airline office to pick up some documents. The driver was in his 50s probably and listening to old OPM ballads to my delight (coz I love OPM). While the power ballads playing were far from lullabies, the heat of the sun was hypnotic, the kind that lets you daydream.

Approaching Andrews Avenue: I was on the verge of belting out a Basil Baldez classic in my head when the cab slowly stopped in the middle of the road. Deafening blows of horns followed in an instant like angry screams by angry cars behind us. At first I thought the engine just failed us but when I turned to the driver to ask what the problem could be, I found him snoozing. He was asleep!

Yes, he fell asleep. ASLEEP. In the middle of the road. While driving. With a passenger.  With ME, the passenger.

I woke him up, paid, and got off. Other drivers were still blowing horns.