VIENTIANE, Laos — The picky little guys on my tongue called tastebuds were singing Hallelujah in unison when they first soaked in the weird mixture of sour and spicy that came from a bowl served by a woman I had fondly called Mama Thai.

It was the summer of 2004 and I was a college sophomore finishing my last two PE classes at the University of the Philippines. My friends dragged me to a hole-in-the -wall type of restaurant along Katipunan Ave, just behind the campus, for lunch. The place was called UP Thai Canteen and it did not make a good impression. The place looked rather dodgy, the tables were small, and there were no proper chairs. Nevertheless, if the number of cars parked outside and the crowd that waited patiently for vacant seats were any indication, I would be in for one of the most delightful culinary surprises of my life. One taste of Mama Thai’s Tom Yum and Thailand skyrocketed to the top of my list of must-visit places like a boss. 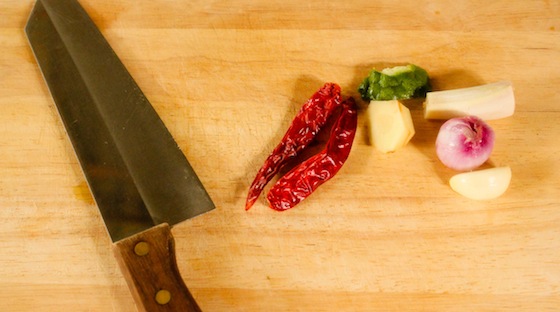 Since then, I had returned to that place regularly until one day when they just closed down after being affected by a road-widening project. There were no signs whatsoever where they would be moving. It wasn’t the first time the UP Thai Canteen was displaced; some say they used to be inside the campus.

Years later, Mama Thai resurfaced again at a Thai restaurant called Khao Pad in the Ortigas Home Depot area. I accidentally found it while looking for a good dinner spot in that cluster of small restaurants. Khao Pad served the same bowl of Tom Yum that Mama Thai did at the UP Thai Canteen. It was the second coming of my favorite soup in the world and my tastebuds rejoiced! Every time I would crave for this recipe, I would indulge the pig in me and travel to Ortigas to have it. Nevermind that the serving was enough for three to four people and I was alone. Never mind that the only way to reach the restaurant was via an expensive taxi ride or a long walk from an MRT station. I was in love with that soup and I sipped and I slurped and I gulped like it was the last day I would have a bowl of this tom yum. And that day happened. One night, I just found Khao Pad closed, too. And again, I didn’t know where they moved if they did.

I took it personally. I really did.

Since then, every time I would see a Thai restaurant (that was within my budget range), I would look for Tom Yum in their menu and if there was, make no mistake I would have a bowl of it. I have tried a lot but none of them matched Mama Thai’s. There was one that came close to it, a bowl of another Southeast Asian soup called Vietnamese Sinigang offered at Fish Out of the Water at Greenbelt 5. Unfortunately, it was too pricey for me and I believe that restaurant closed down, too.

When I was planning my backpacking trip across mainland Southeast Asia, I promised myself that I would have tom yum as often as I could, hoping to find the best-tasting cheap bowl of wonder soup. Here are some of what I had tried. 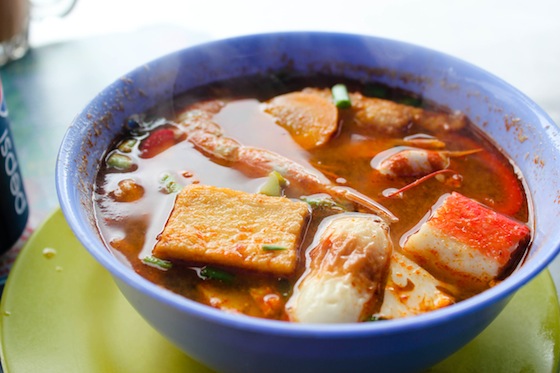 Penang, MALAYSIA. A hot bowl served at one of the hawker places in George Town. While it was not as good as Mama Thai’s, this one is very close to it. Plus points for crab sticks, tofu, and big prawns! 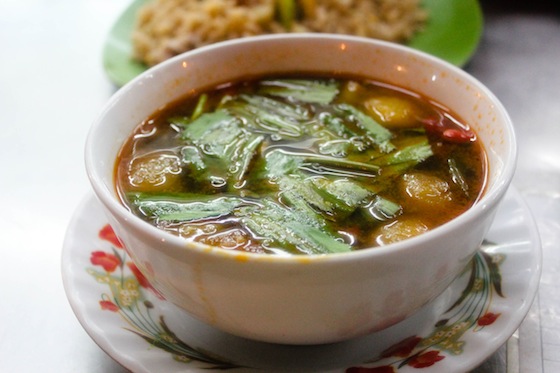 Siem Reap, CAMBODIA. At a hawker food stall right across the mouth of Pub Street. This bowl of soup is a little bland and the herbs overpowered the other ingredients tremendously.

More after the jump >> 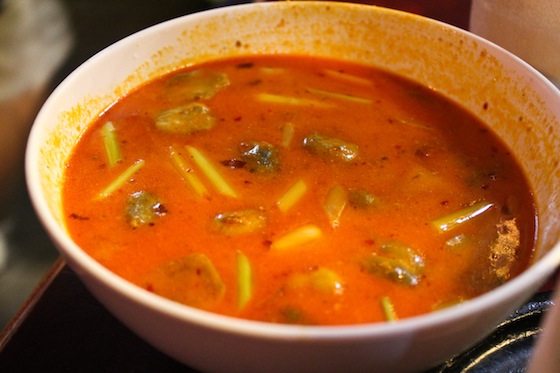 Bangkok, THAILAND. A random open-air restaurant near Patpong (bwahahaha). Although the photo does not show the prawns, it actually had plenty of ’em. Unlike the first two bowls above, this soup was not clear and probably had coconut milk. The sour was strong enough to compliment the milky consistency. The taste — heaven. The flaw — it’s as hot/piquant as hell. Not that I’ve been to hell before. 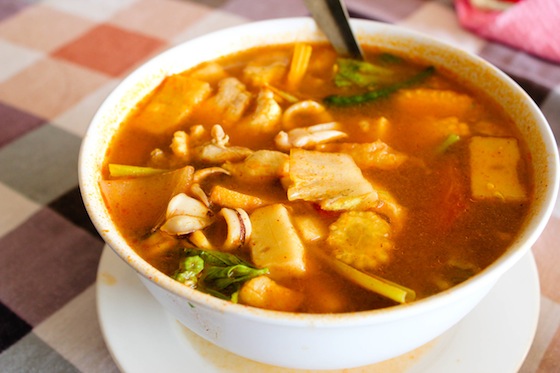 Langkawi, MALAYSIA. A random restaurant along the main street of Pantai Cenah. The clear soup was hot and strong but it lacked the “aftertaste” of some of the herbs that make tom yum stand out. 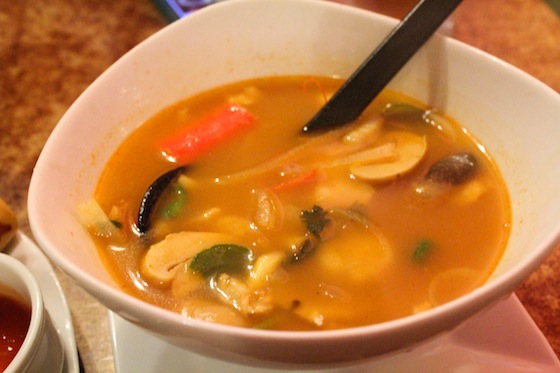 Tanah Rata, Cameron Highlands, MALAYSIA. This one’s a darling. Every ingredient in this bowl was absolutely fresh, no doubt about it. Not as chili-hot as the others but just enough to let the lime’s sour taste to stand out as it battles the other herbs for dominance. I think I tasted a bit of tamarind too but I’m not sure. 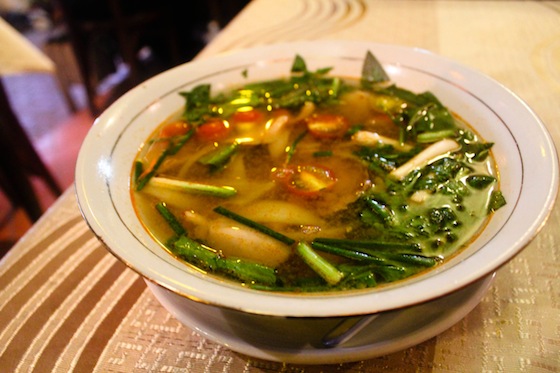 Luang Prabang, LAOS. This one’s really disappointing. Not only did it have just a few prawns, it also did not deliver on the taste scale. It was sour, yes, but bland and I could not really taste all the other spices. I picked the wrong restaurant, I guess. 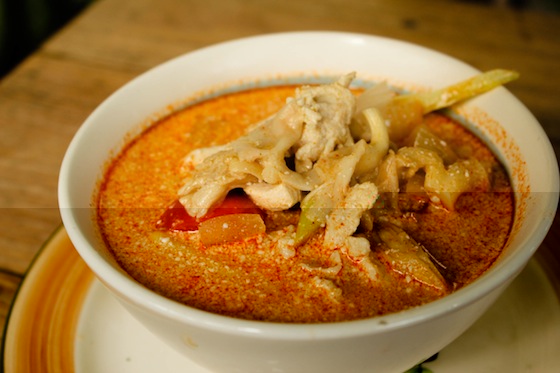 Chiang Mai, THAILAND. Another recipe that used coconut milk! Hooray! However, the amount of chili paste in this bowl not only cancelled out whatever pleasantness the coconut milk added, it also drowned the other herbs. Or maybe there were not that many herbs… 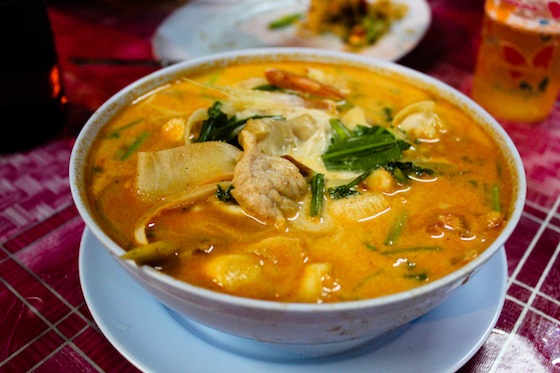 Chiang Mai, THAILAND. Also from Chiang Mai. Served at a super dodgy end of a street by the Night Market. The humble place had only a little corner and a few tables but this bowl of Tom Yum is a winner. It’s probably the best I had ever tasted EVER. Even better than Mama Thai’s. It was the perfect mixture of coconut milk, sour broth, and herby flavors. The serving was humongous, too! My roommates could not help but finish this bowl for me. We just could not have enough. 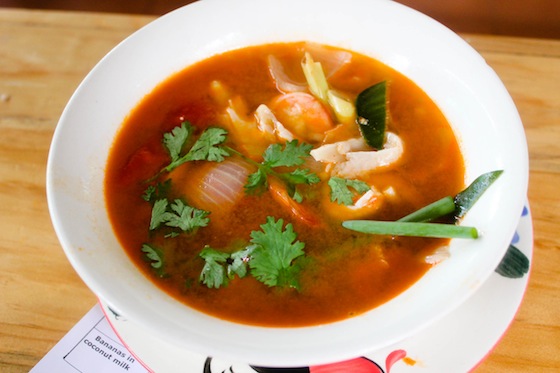 Yoshke’s Tom Yum. Well, I cooked this one. Haha. When I was in Thailand, I figured I absolutely had to learn how to prepare one myself so I took a cooking class at a farm in Chiang Mai. It’s not as good as I was expecting. Haha. But this was my first try. It actually tasted like the one I had in Langkawi, which is not a very good thing for me. LOL.

I’m actually having a Tom Yum withdrawal syndrome right now especially that I’m writing about it. I would love to prepare this soup often but it’s not very easy to find ingredients here. I guess I’m gonna have to pay my favorite Thai restaurant a visit.

I will be backpacking across the Southeast Asian peninsula again in January. Something tells me that my search for the best-tasting cheap tom yum will have a Round 2.