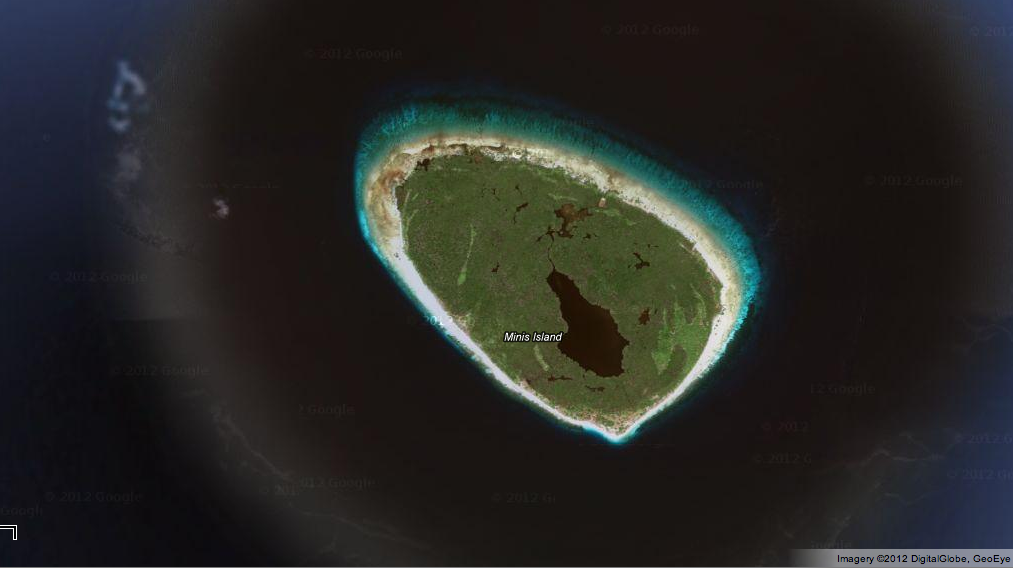 Minis Island. Is that a lake in the middle or a lagoon?

Many of the travelers I have met on the road consider the Philippines as the most underrated country in Southeast Asia. It’s not difficult to see why. Geographically, we lie isolated on the “other” side of the West Philippine Sea. We are pretty much “out of the way,” given that Singapore, Malaysia, Thailand, Laos, Cambodia, and Vietnam sit next to one another. Hence, visiting the Philippines takes a bit more effort, time, and so much itinerary revisions. In the end, many times the Philippines do not make it to their itineraries even despite cheap airfare to Manila. But for those who are determined and lucky enough to go an extra mile, a special treat awaits. Not only do we shower them with our warmest hospitality, they are also get blown away by the sheer beauty of our beaches.

On the PhilippineBeaches.org fan page, we feature many of the country’s most popular beaches. The crowd favorites are Boracay, El Nido, Puerto Galera, Cebu, Bohol. Even the photos of The Poor Traveler are quite limited to these destinations. Understandably, it is very seldom that we receive submissions of photos of the remote islands and it makes me wonder just how little of the Philippines I have actually seen. Most of us, for sure, have set foot on only a number of islands and it’s okay. After all, we may be a relatively small country but we are still an archipelago of 7107 islands. This means getting around can be extremely tough. 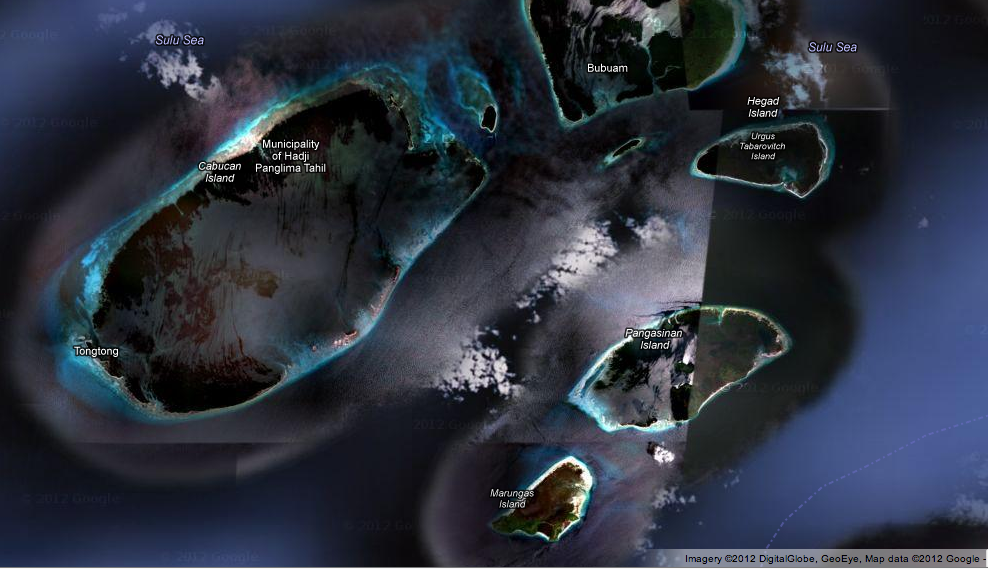 This was what was running through my head earlier when I started wondering what the other islands and islets down south look like. I haven’t seen that many photos of the coves and nooks of Sulu, Basilan, and Tawi-tawi. These three provinces have always been on my bucket list and I’m planning to cross out at least Tawi-tawi next year. Still, even if I fly there I doubt I would still see much. So I began exploring the southernmost region via Google Maps.

You think you’ve seen all the beaches the Philippines has to offer. Just one visit using Google Maps will make you realize “you ain’t seen nothing yet.” Here are some satellite images courtesy of Google Maps.

Minis Island, Sulu. Is that a lake in the middle or a lagoon? 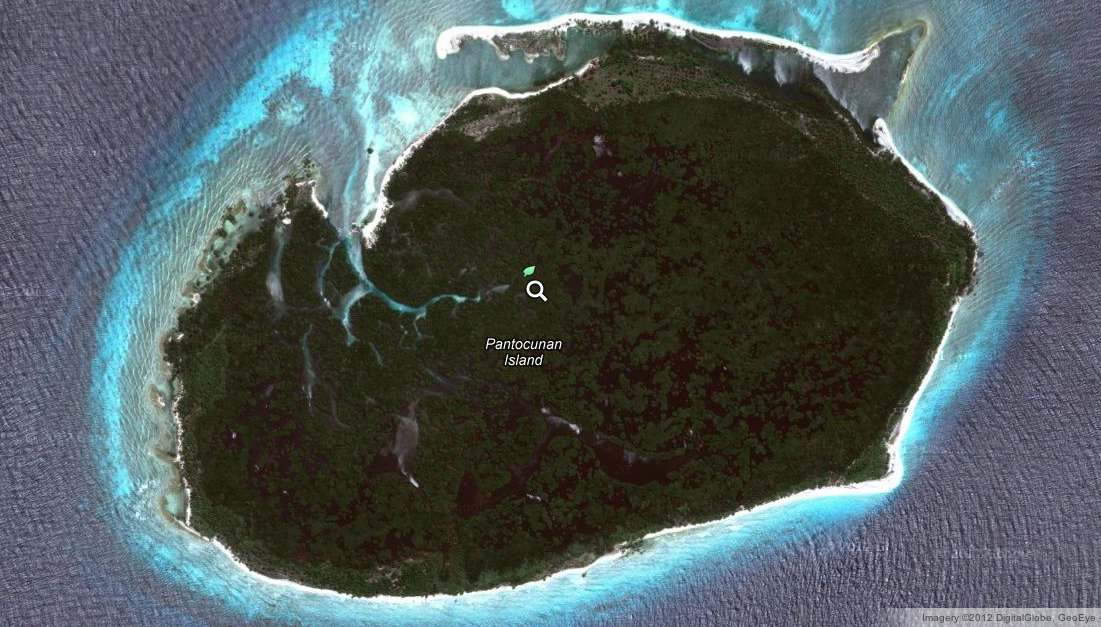 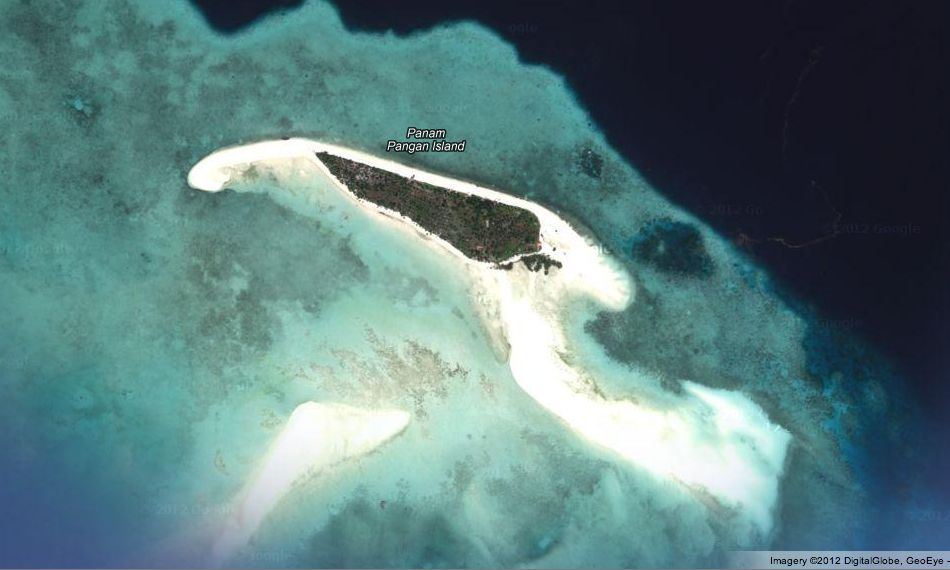 More pics after the jump >> 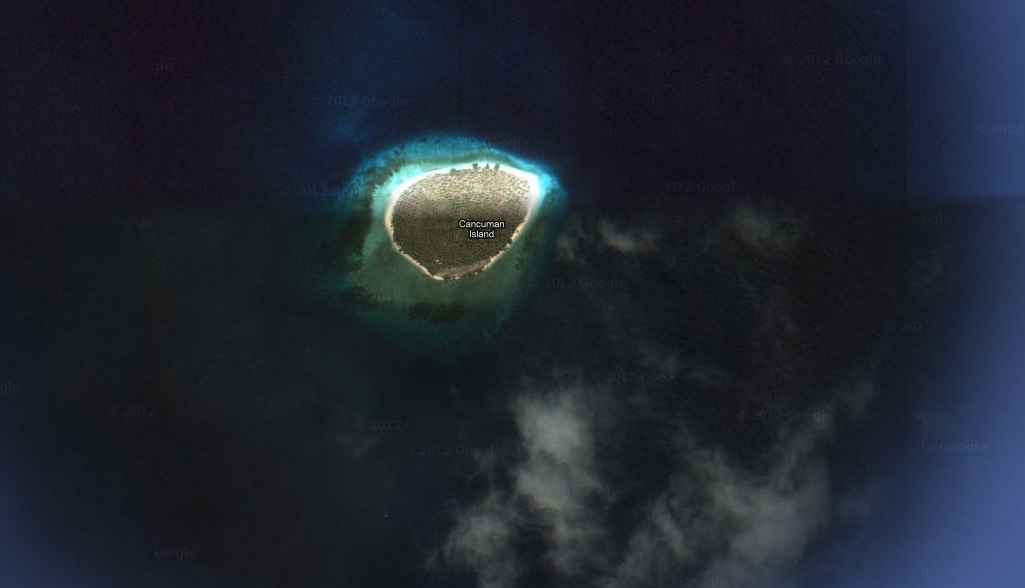 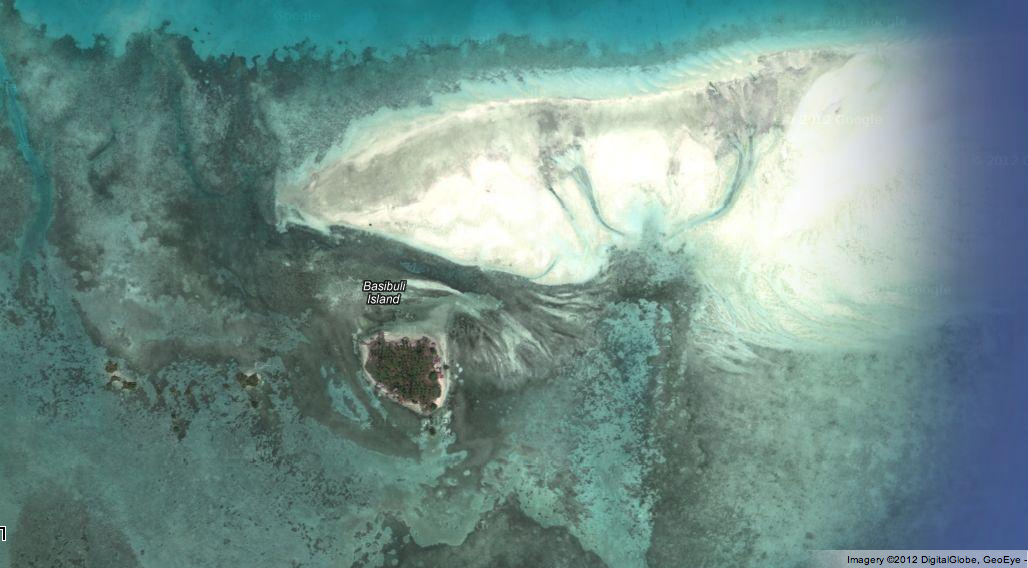 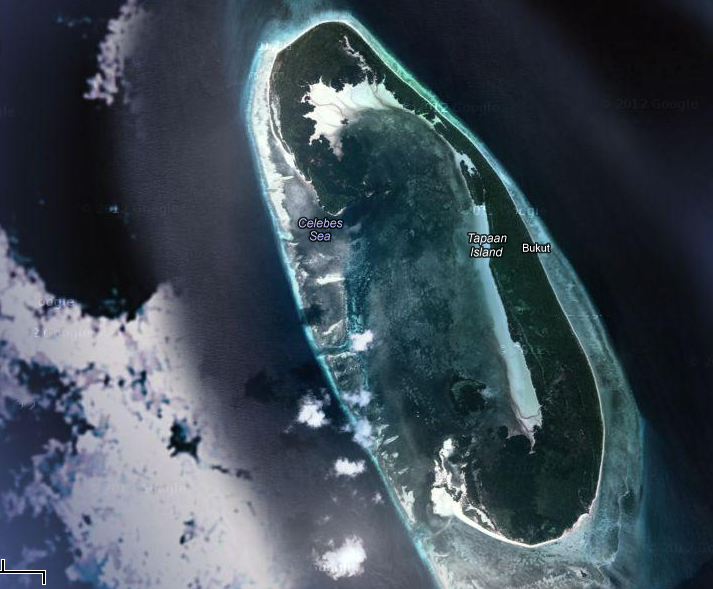 Tapaan Island, Sulu. That’s one heck of a gorgeous cove right there! 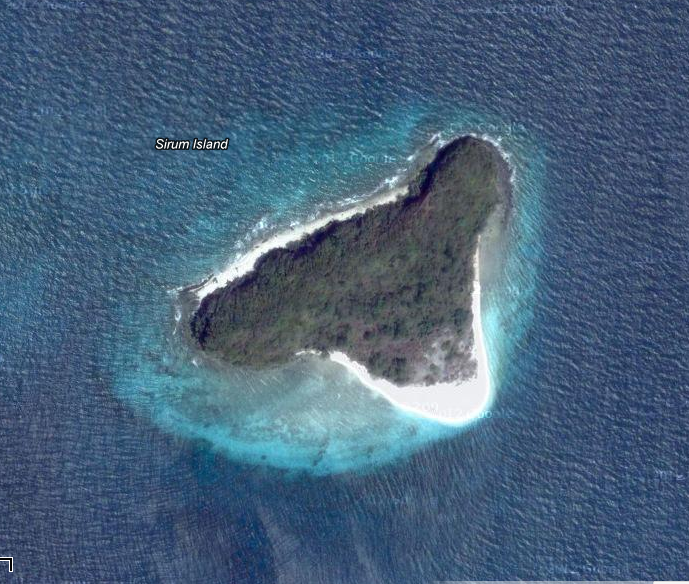 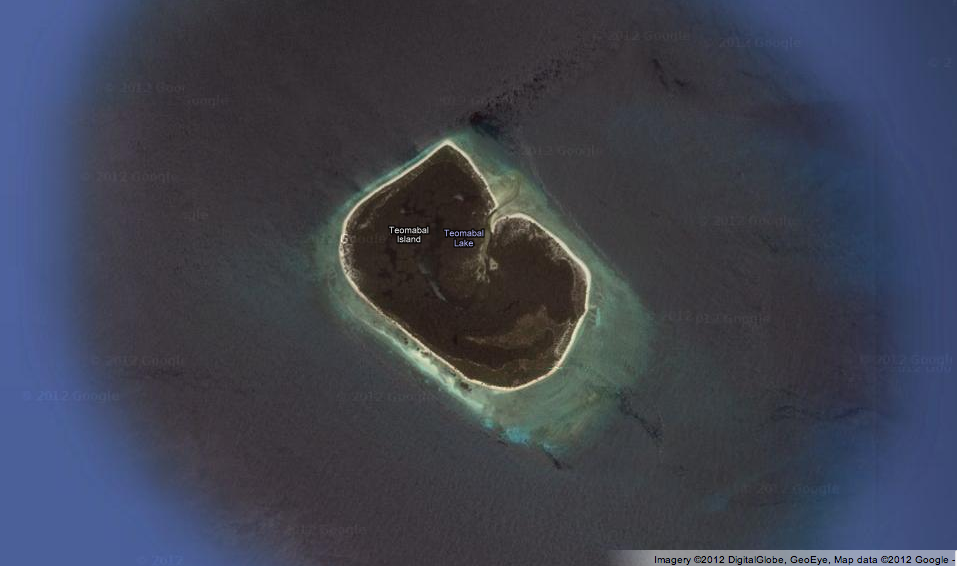 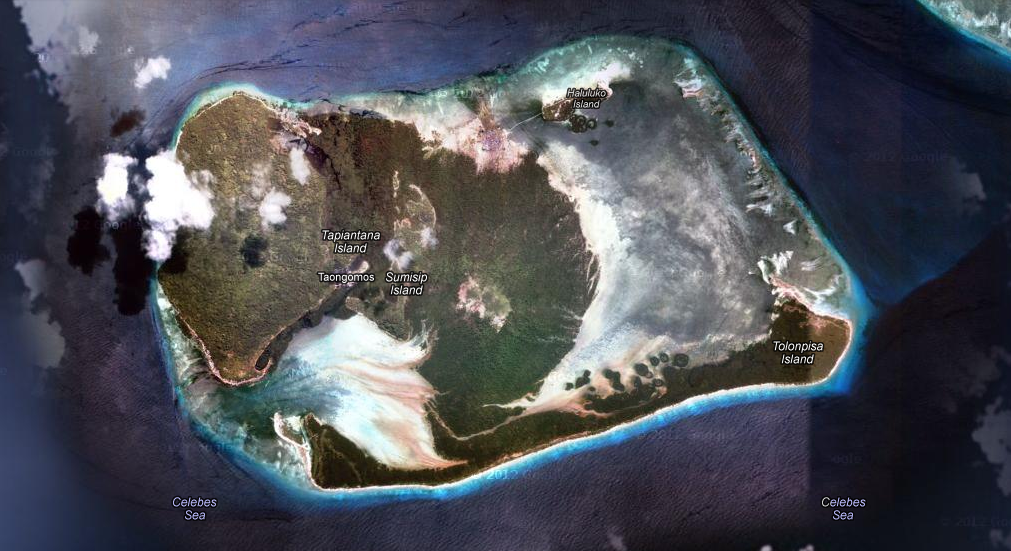 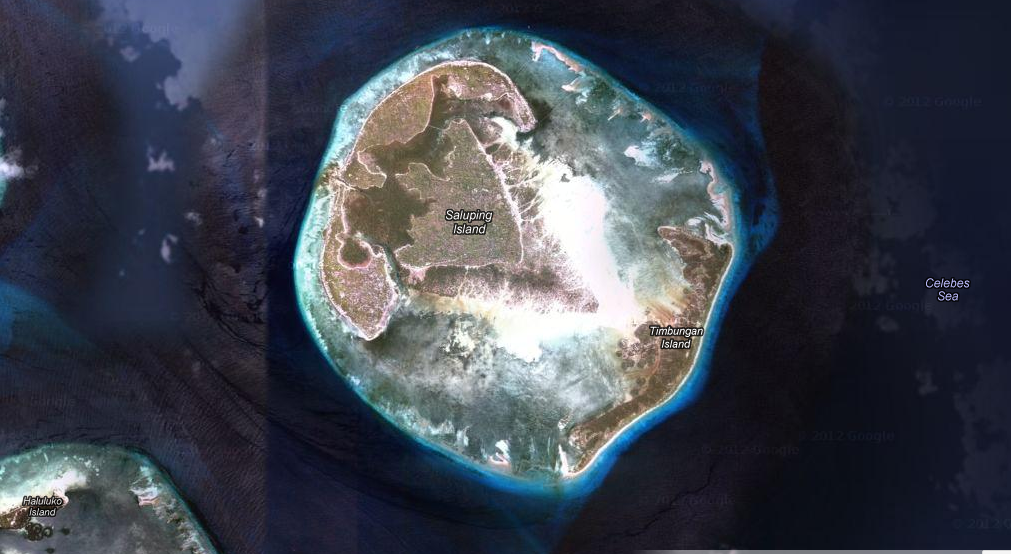 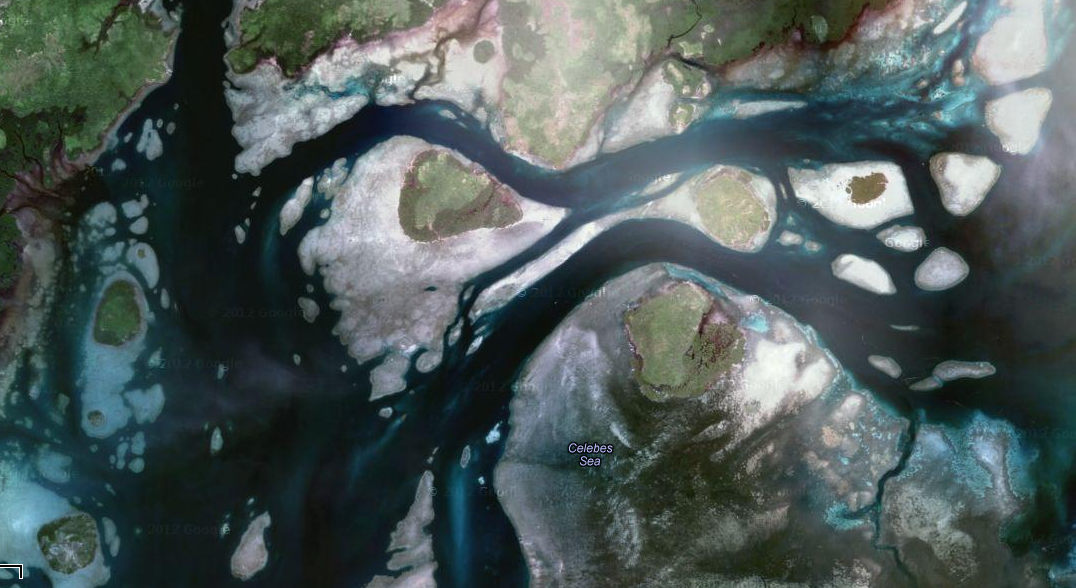 A part of me is desperate to see these beaches up close and lie on the sand and snorkel or maybe dive. But a tiny voice in my head is expressing that he is somehow happy that many of these remote islands remain almost inaccessible and untouched, thereby preserving its spectacular natural beauty.