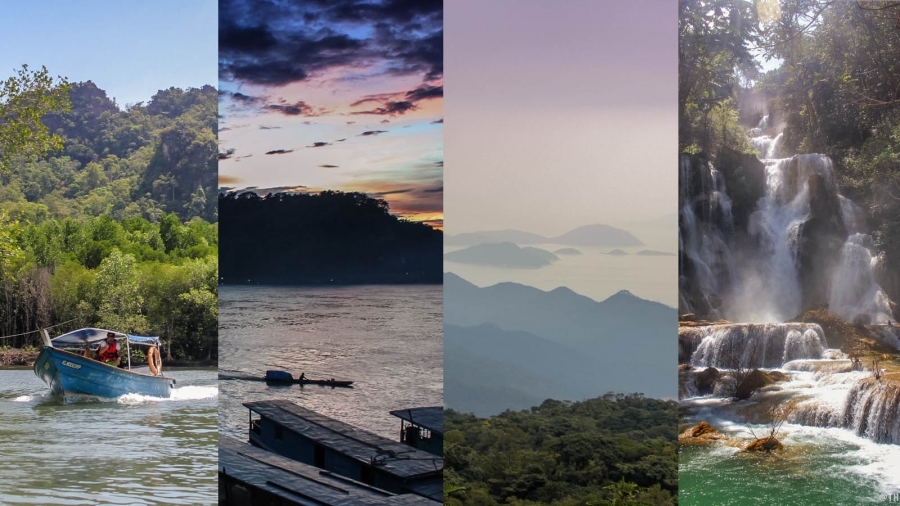 I quit my full-time job and visited eight countries and territories. Eight is still a small number and many of them are within the same time zone but I see it as a good foreshadowing of a ’round the world trip that I plan to do in 2015.

This year, I tried solo backpacking in Southeast Asia for the first time. I say “tried” because I really intended to just see whether this form of traveling is really for me. Now that it’s done, I’m still not sure if this is really for me, but I am surely up for it. I hope I’m making any sense. 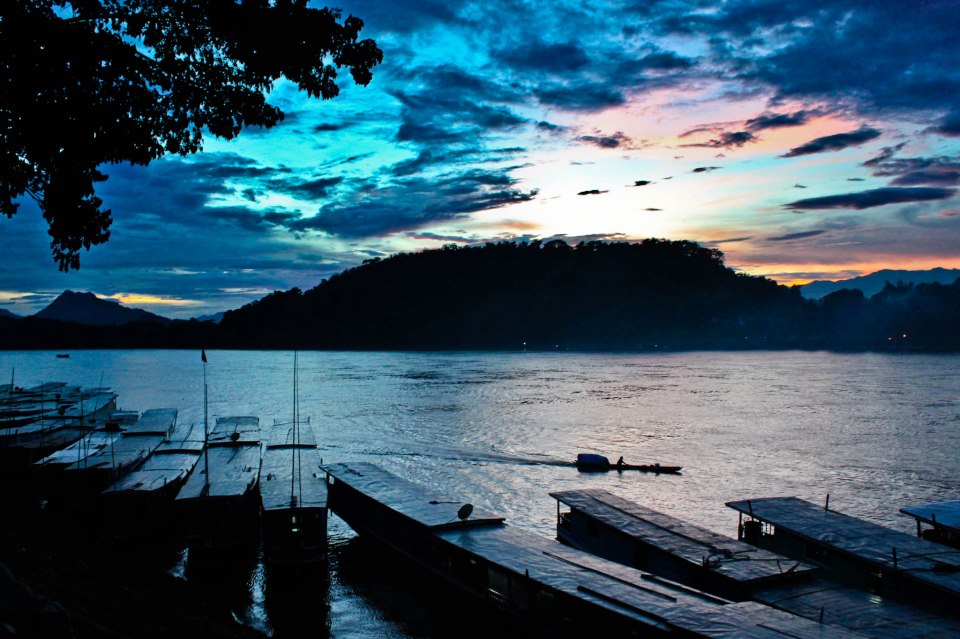 Anyway, if you’re a regular on this blog, you are already aware that at the end of the year, I count down the most memorable travel moments that I have had during the past year. Here are my lists for 2011, 2010, and 2009.

I know December has just started but given how seldom I have been posting on this blog lately, I figured I should start now. Here is the bottom half of the list! Click on the title of each segment to read a more detailed chronicle of my experience in that city!

20. Being Surrounded by Giant Dicks at the Penis Shrine in Bangkok, Thailand

September 2012. Thanks to my visit to Bangkok, I no longer have to imagine being surrounded by big, hard dicks. (Ho ho ho) But before you get too excited or disgusted, the dicks I am talking about are not real penises but offerings at the Chao Mae Tuptim Shrine, more commonly referred to as Phallus Shrine or Penis Shrine. Why there are big cocks at the site will require a long explanation and you can read about that here. The short of it is that people believe that there is a spirit (a goddess) living in a tree at the site and they believe that leaving giant penises as offerings will convince the goddess to help them conceive a child. The funny thing about my stop at this place was that it rained so hard that time that I got stranded at the site for hours. There was no one to talk to and do anything but to savor the moment and enjoy being in the presence of hundreds of giant penises. Imagine that.

19. Proving that the Third Time is a Charm in Bohol

June 2012. I had been to Bohol twice prior to this trip. In both occasions, I was with friends. This time, however, I was with my family and despite stopping at the same places, I had a completely different experience. My nephew and niece went with us and it was so good to see them enjoy the places and things that they had just started learning about at school — Chocolate Hills, Sandugo, coral reefs, and dolphins. 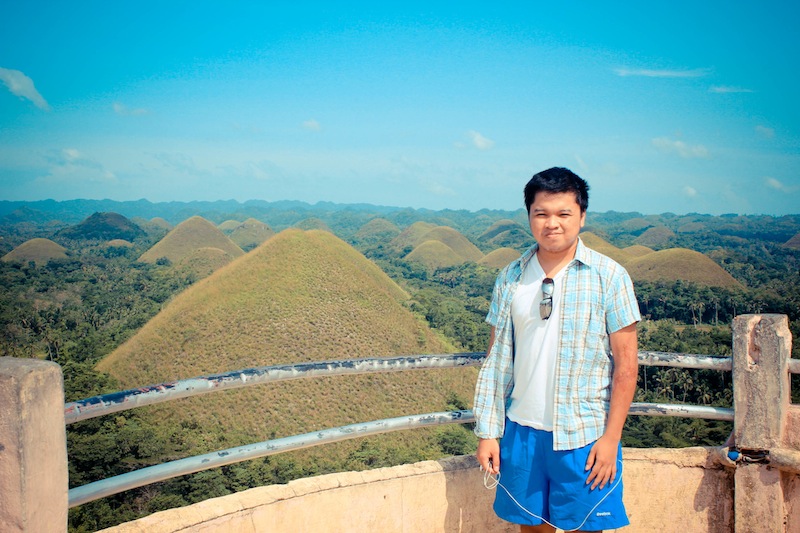 The Chocolate Hills and I

WIth my nephew and niece

The sad part of the trip is realizing that the condition of the coral reefs in Balicasag Island has worsened considerably since my last visit, which was just two years ago. We even spotted graffiti underwater, a name etched on a table coral.

July 2012. Langkawi was not even part of my original Malaysia backpacking itinerary but I was glad I squeezed it in. Langkawi is an archipelago of 99 islands in the northwestern tip of Malaysia, adjacent to the Thai border. The main island is rather small so I covered most of the popular destinations here within one day. But my favorite has to be the two-hour boat ride along Kilim River that cuts through the Kilim Geoforest Park. 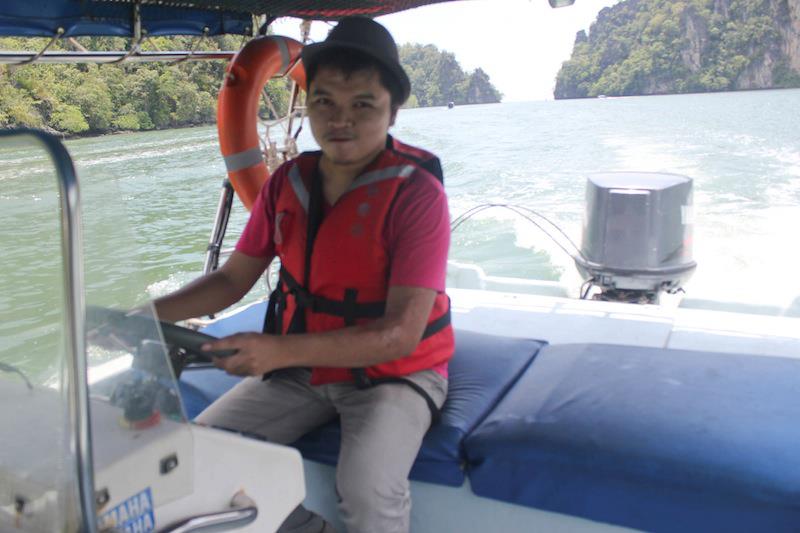 Driving a speedboat for the first time. Sorry, out of focus. Blame Kuya driver.

The highlight of the trip was seeing the rich biodiversity in Kilim including bats, snakes, and eagles. But the one thing I appreciated the most was when the driver of our speedboat invited us to try driving it in one isolated part of the river! It was *ohsum*!

17. Learning the Basics of Thai Cooking in Chiang Mai, Thailand

September 2012. Tom Yum was one of the primary motivations of getting my soles in Thailand. I have an almost romantic obsession with this popular soup and I promised myself that I would not be leaving Siam without learning how to prepare this dish. Together with other tourists from New York and Shanghai, I joined a cooking class at a farm in Chiang Mai, where we were taught how to prepare half a dozen Thai dishes including Green Curry, Pad Thai, Mango Sticky Rice, and, of course, Tom Yum! 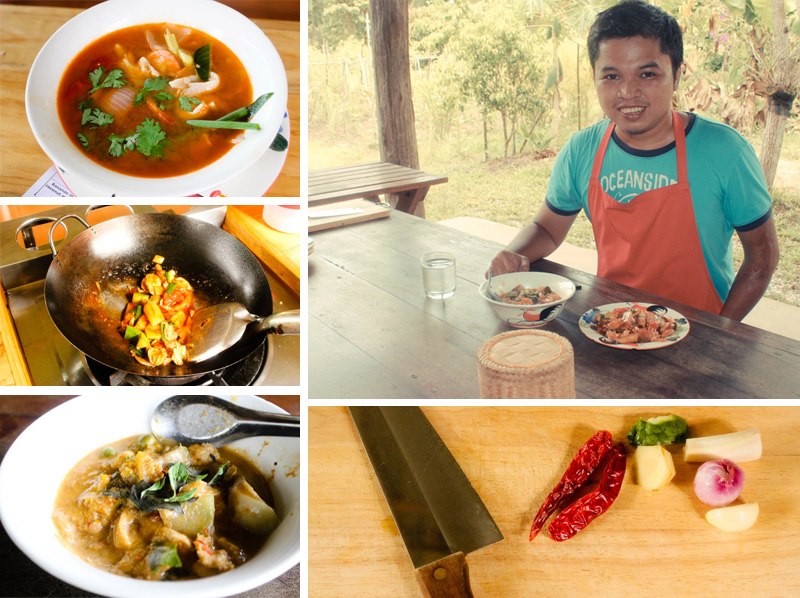 Me at a farm in Chiang Mai and the Thai dishes I cooked that day!

It was fun but extremely exhausting. I never thought cooking was that difficult when you do it all day. Suddenly, I found myself having an elevated respect for the chefs and cooks of the world.

16. Hotel-hopping with Family in Macau

November 2012. As part of my pledge to take her out of the country every year, I traveled with my mom (and a cousin) to Hong Kong and Macau two weeks ago. She had been to HK before so what really stood out this year was Macau. My mom love love loves neon lights and fancy shows so she really had a great time hopping from one luxury hotel resort to another. Her favorite was the Dragon’s Treasure show at the Bubble at City of Dreams. We also checked out The Venetian and Wynn Hotel, where we spent almost an hour just admiring the Dancing Fountain outside. 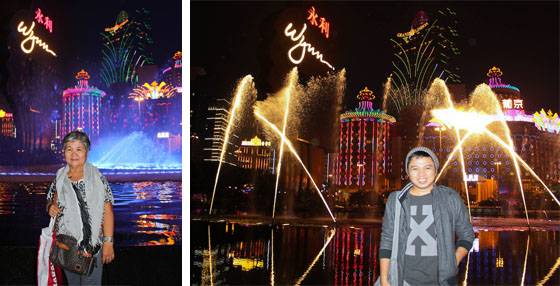 My mom and I at Wynn Macau

My mom’s pretty easy to please since she never really traveled much or visited many places when she was young. But it’s always great to see her see things for the first time and feel like a child again.

15. Reaching the Peak in Hong Kong

February 2012. I have been to Hong Kong a number of times but not once had I reached the Victoria Peak, one of the most popular tourist spots in Hong Kong that offers a spectacular view of the city. But what makes this trip so special was not just my first time to be at the Peak but the person I was with and the occasion. I was with Shy Guy, celebrating our third anniversary.

At the Avenue of Stars and Victoria Peak in Hong Kong

We did not anticipate how cold it would be at the Peak at that time of the year and our jackets could not protect us from the low temperature well. I remember shivering while in the queue for the Peak tram ride, which was also quite a surreal experience in itself. It was an incredible ride as we were surrounded by the illusions of tilted buildings and trees! Don’t mind me, I’m shallow like that.

14. Going Down Memory Lane in Singapore

January 2012. Singapore was the first country I visited back in 2009 when I attended the Asia Pacific Blog Awards by Nuffnang. I guess that’s why there’s a little hole in my heart that only Singapore can fill. I have been to this island state five times since then both for business and pleasure but I just can’t get enough. (Cue: Black Eyed Peas – Just Can’t Get Enough) In my most recent visit, I was with my friends Ces and Astrid. Singapore was just a “connecting destination” for us that time because what we really wanted to see then was Malacca. The one moment in that trip that really stand out for me was when Ces and I went to a nearby 7-Eleven store in Geylang. We just finished a day of touring and got utterly famished in the middle of the night. We in the stairs in front of the store and just talked all night long. Before we knew it, it was already 5 in the morning! We just sat there and exchanged words but it was absolutely unforgettable. 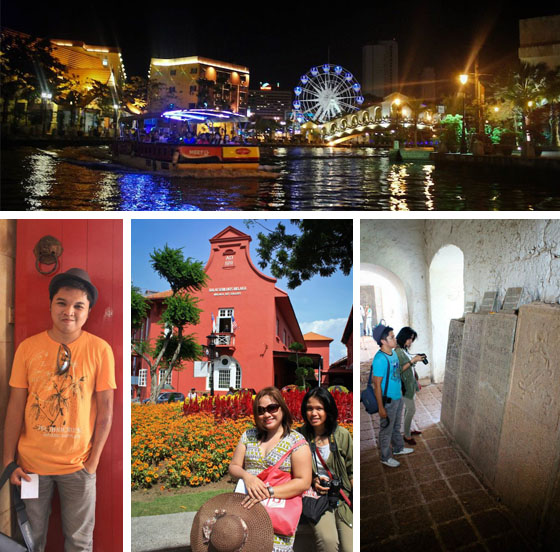 January 2012. Listed as a UNESCO World Heritage Site, Malacca saw the rise and fall of the Portuguese, the Dutch and the British as they conquered the city, leaving long-standing structures and cultural influences that are still alive and creating a unique melting pot of cultures. We spent two days exploring its museums and temples!

Malacca’s Jonker Street is one of those streets with a fun quirky character. It’s a short, narrow alley but brimming with life. And I can’t think of anyone better to explore it with than my equally lively friends, Astrid and Ces. The look and feel of the place matched the attitude and outlook of my companions and we really had a blast checking out shops and trying out street foods one after another.

12. Trekking to the Crater of Taal Volcano, Batangas

August 2012. Every weekend, when I was still in college, I would pass through Tagaytay City and have a good view of the majestic Taal Volcano. I was born and raised in Batangas but before this trip, I never took the time to see it up close. That’s why when my housemates and I planned this weekend getaway in Batangas, I really lobbied for the volcano’s inclusion in our itinerary.

At the crater of Taal Volcano, Batangas

As expected, the trek on the way there was tiring to say the least, but the view at the end was completely worth it. Read the full story here.

October 2012. Laos was the third country in my Southeast Asian backpacking trip but it wasn’t until I stepped on its soil that I first felt being alone. The first two countries that I visited were Cambodia and Thailand but I stayed at dorms, met new friends, and had good company. But I was awfully alone in Vientiane and Vang Vieng. Perhaps it was off-season but there was not that many tourists when I was there and the hotel I booked was pretty remote.

In Luang Prabang, I stayed in a private solo room of a guesthouse because I could not find dorms or hostels. But it was in this city that while I was still alone, I did not feel lonely. Perhaps because of the sheer charm and calm of the place. Or perhaps I just got used to it after many days of being solitary on the road. I sat on the bank of the mighty Mekong River and watched the sunset alone, sampled Lao food alone, explored the night market alone, and saw the beautiful Kuang Si Waterfall alone. None of them felt painful, though. I guess the Laos part of my trip was meant to force me to embrace solitude in a way that does not hurt. 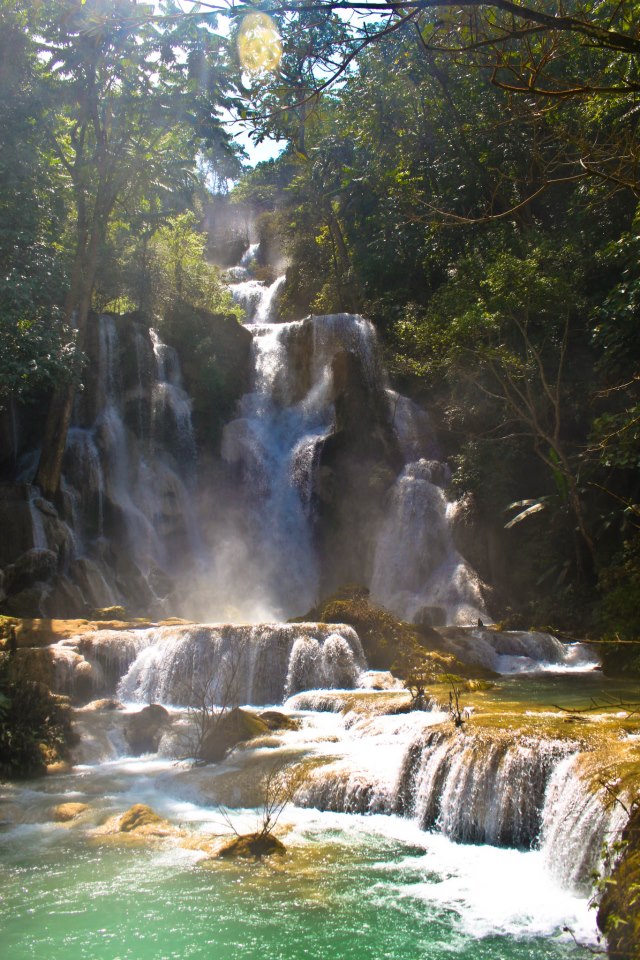 There you go. The bottom half of my list. Watch out for the next 10 travel experiences in 2012 that I will never forget, which includes a bike crash, a 27-hour bus ride, and a face-to-face encounter with a serial killer-slash-cannibal. Will be publishing it very soon! Stay tuned.