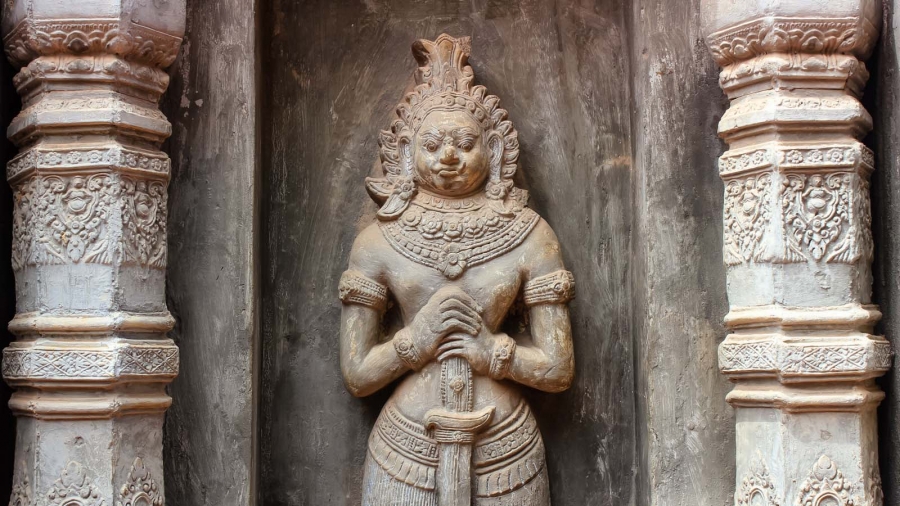 LUANG PRABANG, Laos — There was an overflowing sense of confidence in me when I finally reached the parking lot of the Preah Prom Rath Pagoda in Siem Reap, Cambodia. It was my first time to ride a bicycle in almost 15 years and I was just so proud that I was able to reach the temple without losing a part of my body along the way. A group of young locals were seated on a bench under the shade of a big tree, just beside the parking area. They smiled at me as I got off the bike. One of them would approach me later and would be my two-hour friend.

During my backpacking trip, I had met many locals who truly made both the journeys and the destinations more meaningful. But here are two people that I will never forget.

I had no hotel reservation when I reached Luang Prabang in Laos and I was starting to worry about where I would be spending the night that I could already picture myself sleeping off the hunger under a tree by the Mekong. It was already past 8pm and I had not eaten anything since noon.

“Where are you going?” the tuktuk driver asked.

I did not know any hotel or inn in Luang Prabang. “Just drop me off by the Mekong River at the city center,” I replied. And that’s exactly what he did.

The restaurants that lined up next to the Mekong were still open and the food’s aroma erased all my worries about hitting the sack with an empty stomach. But I needed to find a hotel first. I wouldn’t want to be placeless for the night. There was no denying I was a tourist, given the massive backpack that hugged my back. A local, probably in his mid-30s, spotted me. His name is Song.

“Hello,” he greeted me with a genuine smile and an overexcited gesture. “Need room? Need room? I have room!”

I followed him as he led me to a delightful, spacious single room with en suite bathroom on the second floor of his house.

While he was doing the paperwork and looking for the key:

He then gave me a confused look as he scratched the side of his head, “But. Manny Pacquiao. Philippines.”

I felt bad being such a disappointment for him. He was clearly a big Pacquiao fan. But he was a great host. I absolutely loved the five days that I stayed at his lovely home.

Pe. I’m not even sure how to spell his name but it sounds like “Pe”. I was walking around the Preah Prom Rath Pagoda when he approached me. I found his eagerness to start a conversation with me highly dubious at first. After all, I had heard about and seen scammers at work at the temples of Bangkok and Angkor.

But Pe really looked like a nice guy and I was also in desperate need to talk to another soul so I shook off whatever doubt I had and gave him a chance. While he is now based in Siem Reap, he’s actually from the countryside.

Pe: I study English here at this center. I talk to tourists because that’s the only way I can practice English.
Yoshke: You study there? (I pointed at a small room beside the temple grounds.)
Pe: Yes. When I saw you, I was hoping you were Filipino because Filipinos are good English-speakers.

From there, our conversation had a long journey from the education system in the Philippines to that in Cambodia to the places I would be heading for to my life aspirations. He was not from Siem Reap but he had been staying in the city to work.

Pe: In the afternoon, I learn English. We don’t have English classes at school so we study there.
Yoshke: Well, your teachers are not doing a lousy job teaching you. Your English is very good.
Pe: What does lousy mean?

I explained to him what the word means and how it is used.

Yoshke: Why is it so important for you to learn English?
Pe: I need a good job. The jobs I like require good English. I want my life to get better.

There was no tinge of sadness in his words, not at all. His face was bright and his voice brimming with hope. I wanted to talk longer but it was time for me to leave and move to my next stop. As I was prepping to ride my bike, he asked me one final question.

Pe: Why bike?
Yoshke: I just wanted to try. I just learned this morning.
Pe: (shocked) This morning?!
Yoshke: Yes.
Pe: It’s great that you learned fast. But that explains everything.
Yoshke: Explain what?

He raised an arm and tapped my shoulder. “Be careful,” he said. “You’re a lousy biker.”

We tried to contain and control our laughs so hard as I hopped onto my bike again. I sincerely wish him all the best and I wish we could meet again.