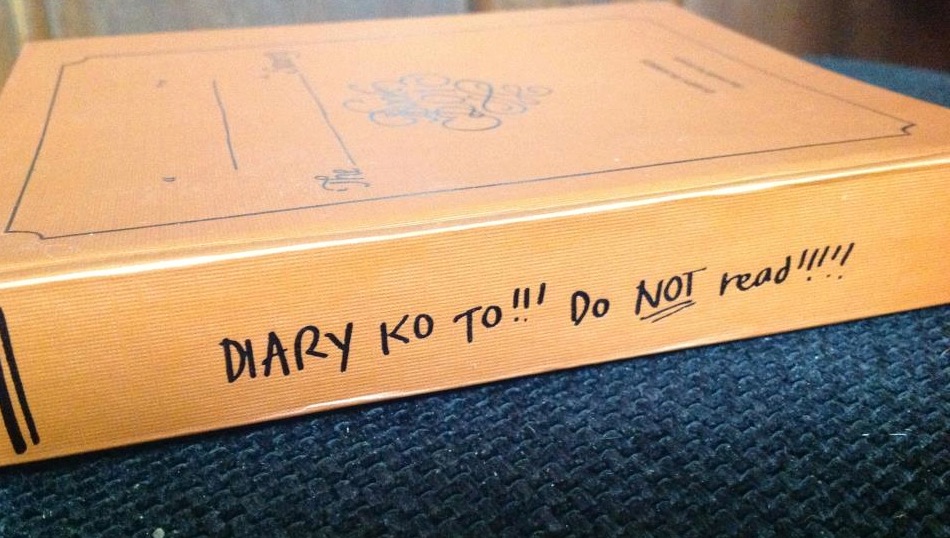 And just like that, I panicked like all the men and women who promised themselves last year that they would finally be with someone come the Day of Hearts. I’m panicking for a different reason. After all, I’m in a happy relationship. But the big bold block letters reminded me that I still had not blogged about this planner despite promising myself to write a review in the first week of the new year.

I know it’s the middle of February. I know it may be a little too late for planner features. But hey, it’s Valentine’s. So give me some love.

It is officially called The 2013 “__” Witty Planner, the fourth product released by Witty Will Save the World, a couple of girl friends who initially wanted to just give an alternative to the inexplicably popular coffee house planners that some people just spend so much money on. Their first planner,  I-was-supposed-to-get-that-coffeehouse-planner-but-I-got-fat-and-broke-on-the-10th-frappe Planner 2010, was a huge hit that it sparked the creation of a few more concept printed items including the Relaks Puso Lang Yan, Malayo sa Bituka Planner 2011 and the Akala Mo Lang Wala Nang Slumbook Pero Meron Meron Meron. 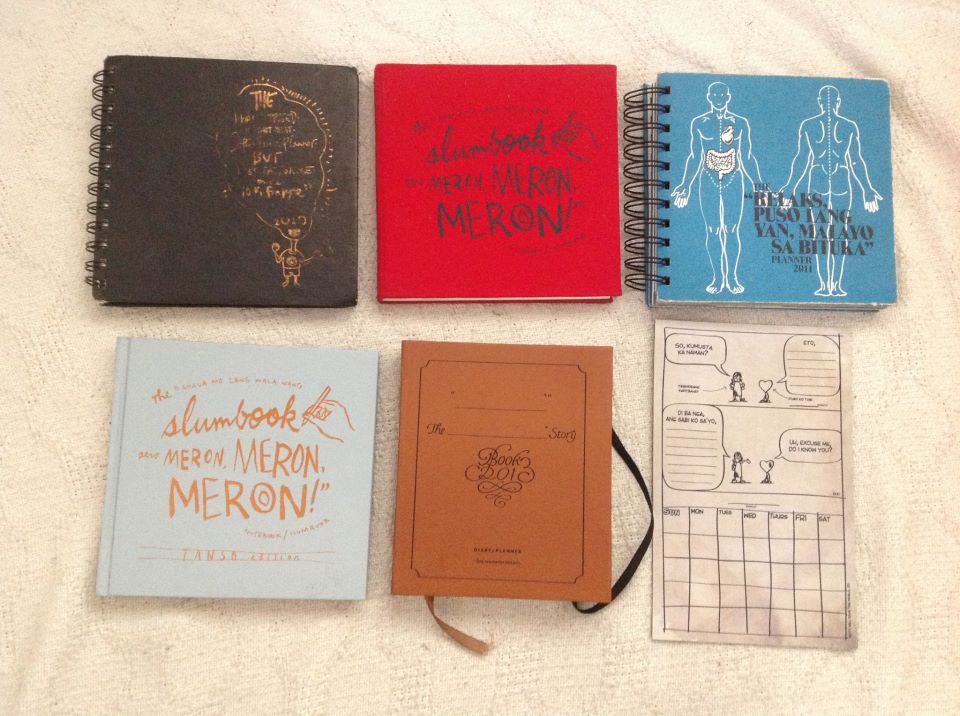 This year, the ladies are back with a classier 2013 edition. The design is much cleaner and more streamlined but the fun and the crazy are still alive on its pages. Like its predecessors, it resuscitates your inner jologs, challenges your knowledge of pop culture, and mocks your sorry relationship status in a cool, shameless fashion. Mind you, it’s useful, too. It may be an entertaining planner but it’s also a functional one with lots of space for your notes and an information-filled calendar. (And yes, like the previous editions, birthdays of celebrities you love or love to hate are marked, too!) Their list of long weekends in particular is very useful. The only thing that I don’t think I like very much is the color. I understand the whole vintage/Mara Clara theme but I guess brown is just not for me.

Anyway, time to shut up and just let the pictures do the talking! Here are some of the pages of the 2013 “___” Witty Planner: 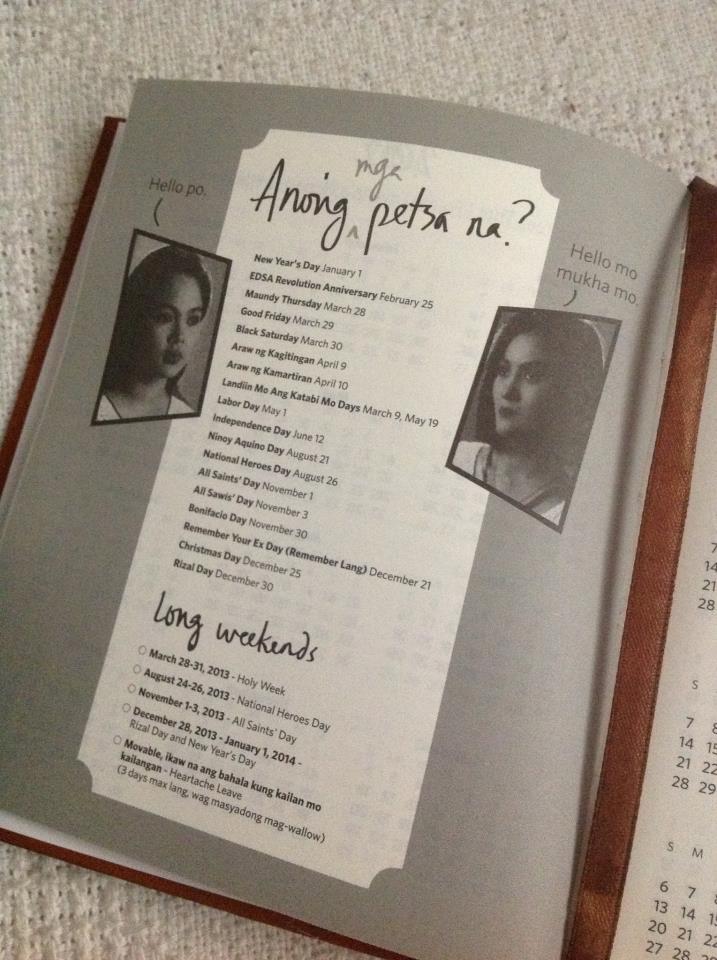 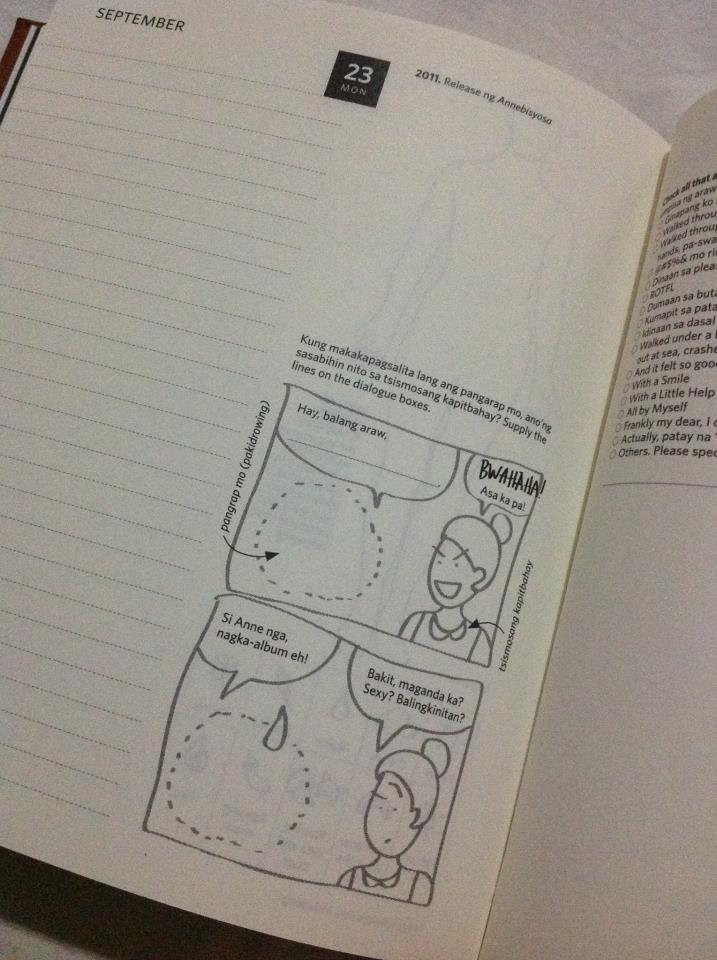 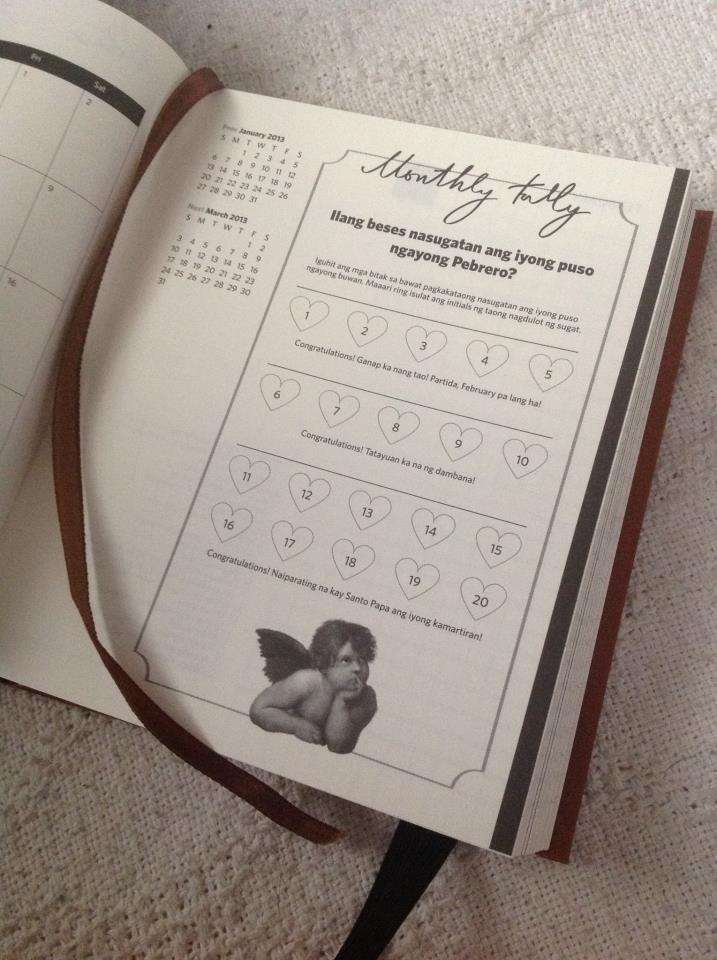 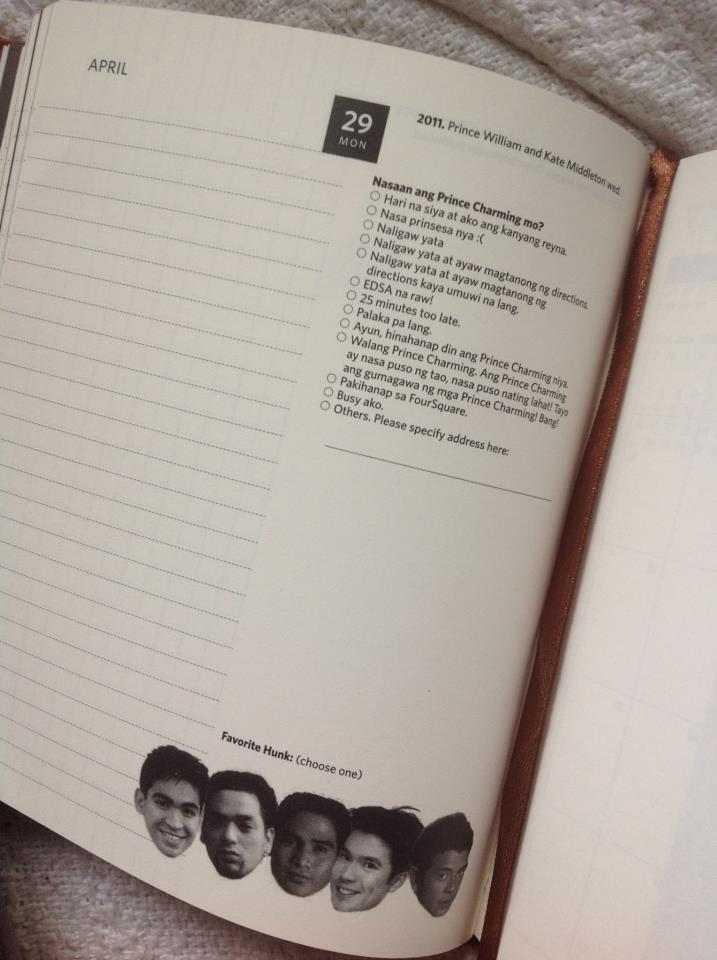 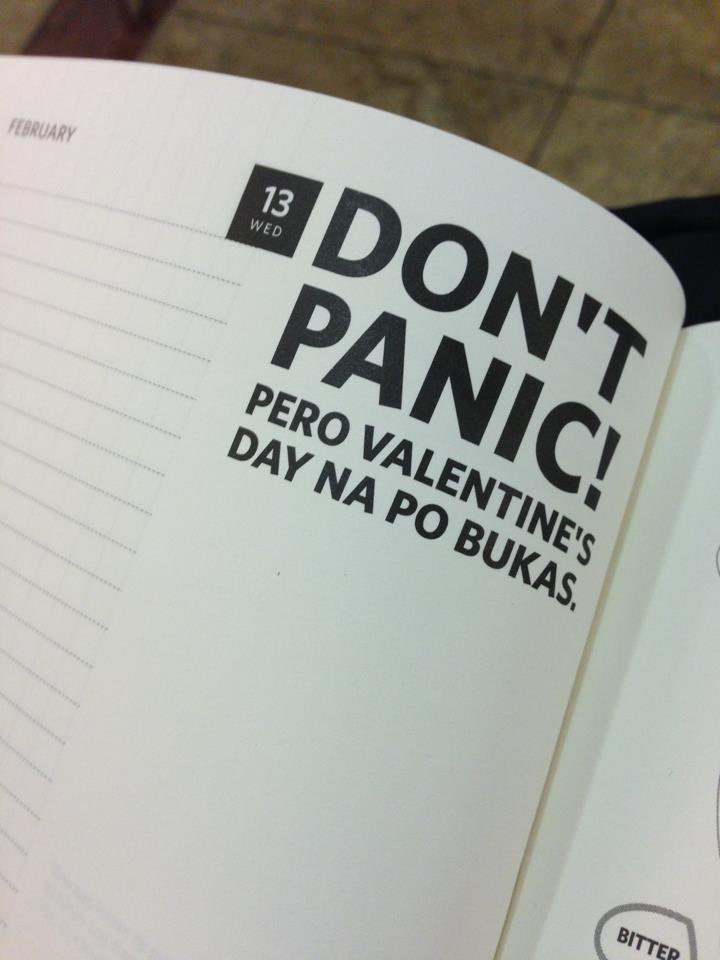 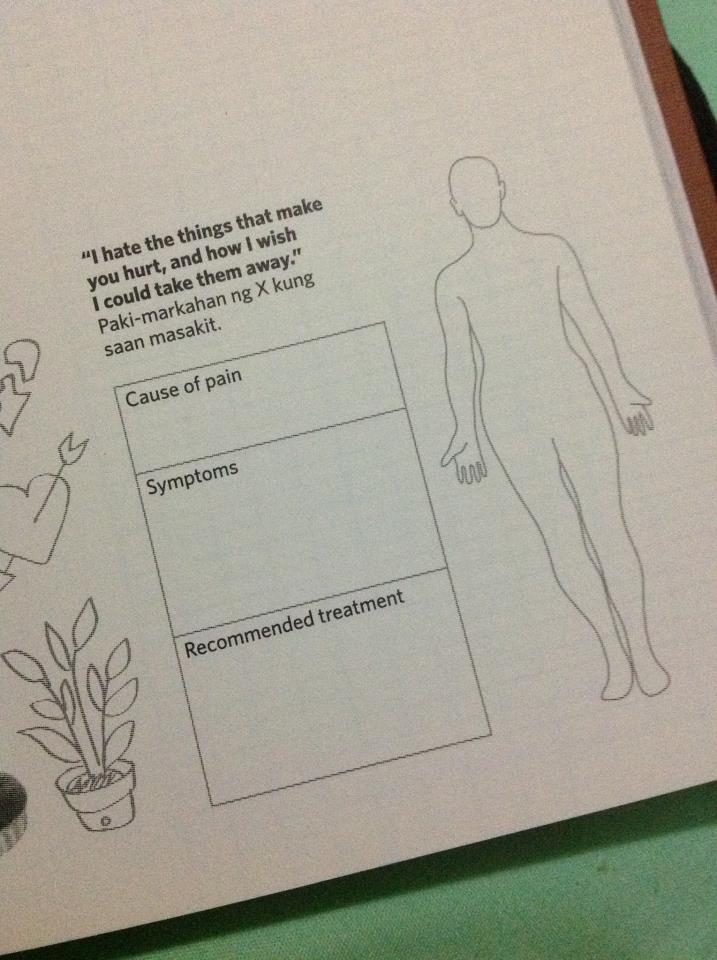 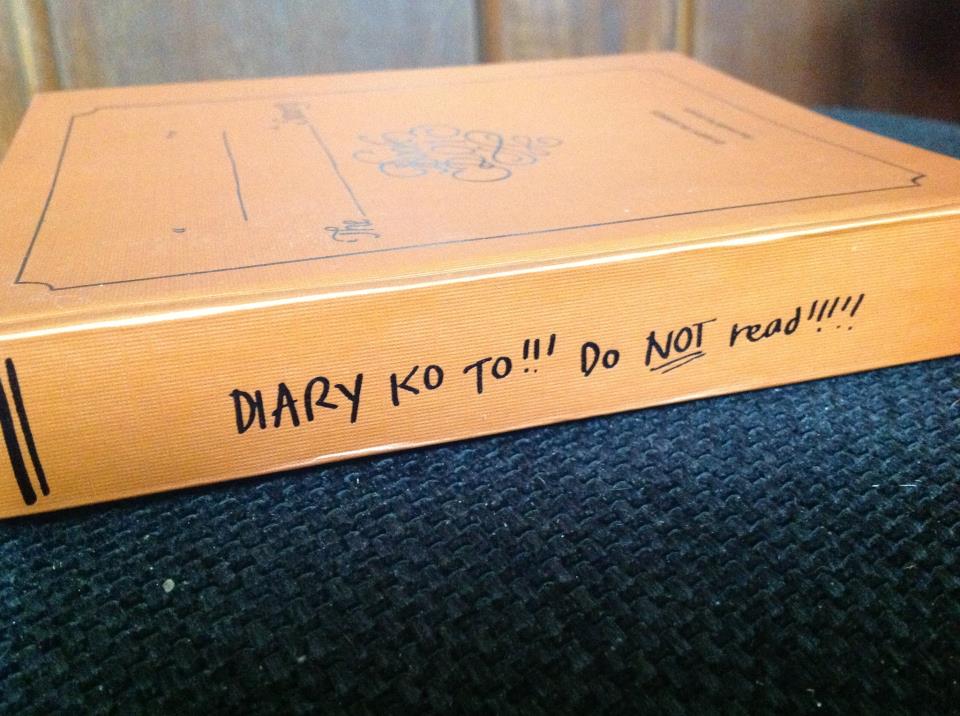 Lovin’ it? All the bits of info you need to order is right here. You can also order online on their Multiply site.