No, you won’t; I have yet to set foot on Europe. You won’t find Rio, either; South America has to wait a couple more years. And Egypt and Jerusalem? They’re my dream destinations, but no, I still have a long, long way to go to get there. There are so much more prepping, working, and saving up that need to happen before these trips could take shape. And they will take shape. Slowly, but surely.

In the meantime, I was able to cross out some closer, more reachable items on my bucket list that keeps getting longer each year.

There’s comfort in knowing that the current year is always busier than the previous. Two years ago, I tried to visit as many Philippine provinces as I could manage within the fences of a full time job. Last year, I quit that job to backpack across Southeast Asia full time. This year, the focus shifted northward to East Asia — Taiwan, Korea, Japan, and a tiny, teensy place called China. It’s been a busy, busy year; and busy is good.

Here are the 25 most memorable times I had on the road this year. Again, no Paris.

My first Christmas away from home. While there’s a hole in my heart only family can fill, pretzels, bratwurst, and pints of beer made for a good replacement. The German Christmas Market happens every year under the observation deck of Umeda Sky Building. I did not know about this before, but the overnight bus for Tokyo picks up passengers here and I was just at the right place at the right time. And I sure am glad that I was! 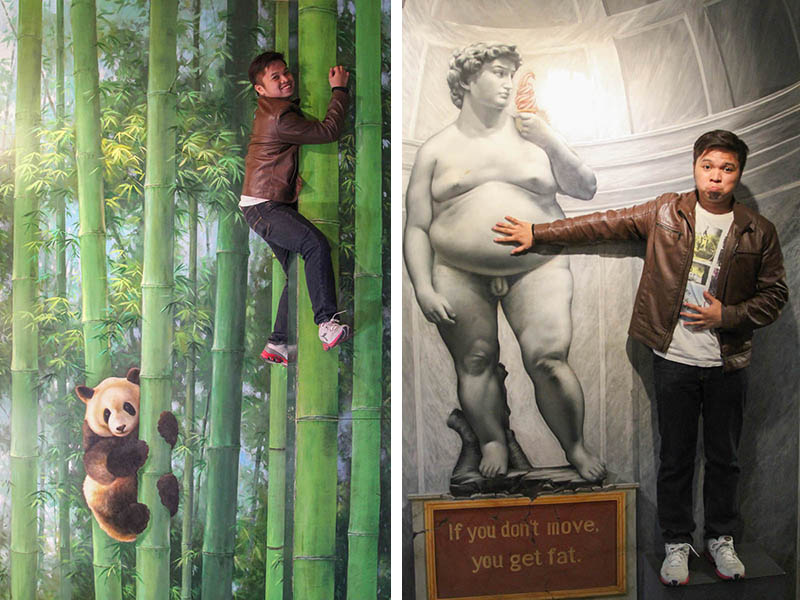 For a full hour, I was a kid again! An overexcited, stupid-looking kid! There are countless stunning natural and historical sites in Seoul, but it is this small modern museum that delivered the most fun. The Trick Eye 3D Museum at the heart of the youthful Hongdae district wows visitors with its optical illusions and enjoyable interactive displays! Stuff that my dreams are made of, to be honest.

The only trip last year that I booked not for myself. It was a birthday gift to my mum and a cousin. But when other relatives found out, the bandwagon just became a home. 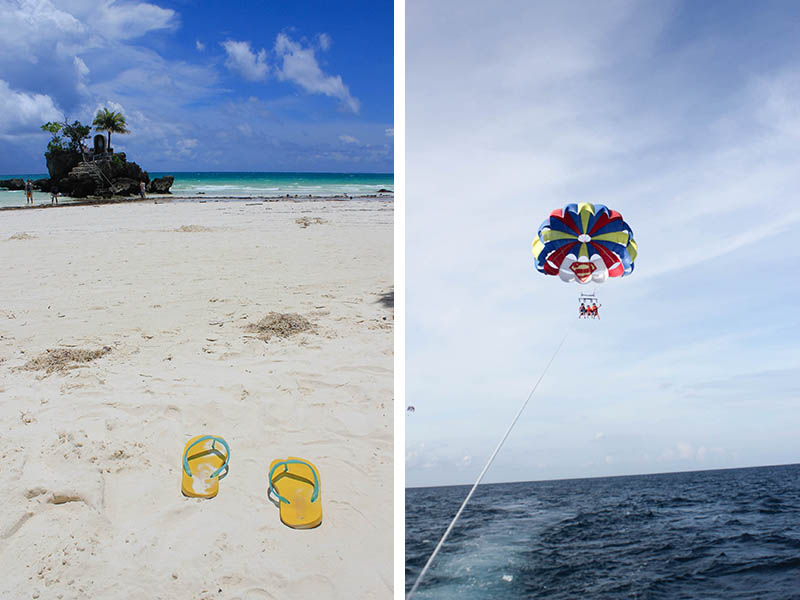 Adrenaline is not really my taste, but I was forced to get strapped on one end of a chute and be a kite for five minutes. I usually hate baby-sitting (I only joined because my nephew won’t do it without me, and I did not want to be the reason he could not try it), but I was oddly thankful for it at that time.

22. Inside Baguio’s Most Haunted House

I had always wanted to enter this notorious abode, and it finally happened this year.

I felt a strong presence inside the house. Artful presence, unless we classify my presence paranormal (haha). Art has taken over the first floor of the Laperal White House and it has been opened to the public since. The art was great, but I was there to satisfy my dark-leaning curiosity.

My friend Mica and I took our time exploring and taking plenty of pictures. It was early morning and save for the few staff, we were the only souls inside — living souls, that is. We checked out all the rooms, climbed the freakily narrow staircase, and even reached the empty attic. Nothing out of the ordinary, not that I was asking for it. But it was a memorable visit regardless.

21. Search for the Best View of Taipei, Taiwan 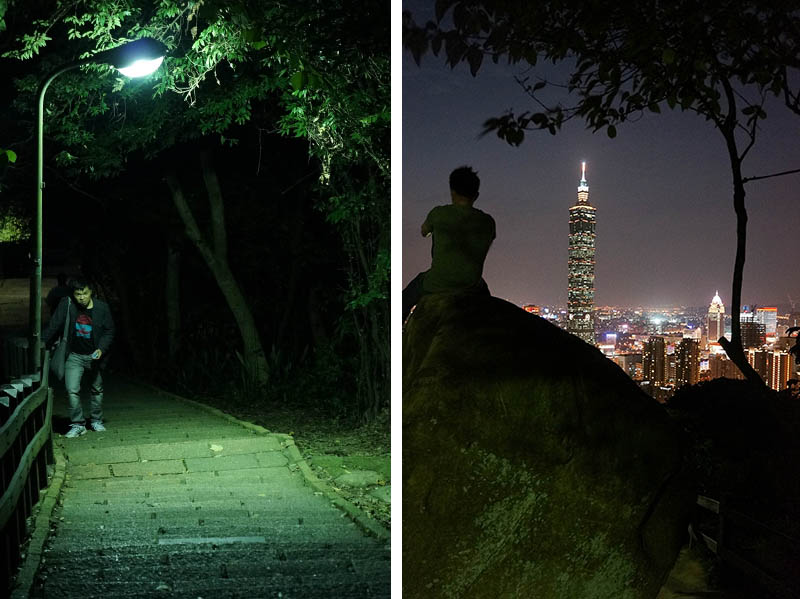 Online sources said it was here that I could have the best view of Taipei, so I immediately made my way on foot, got lost many times, and climbed steep, narrow steps in the dark to the summit of the Elephant Mountain. From here, we had an unobstructed view of Taipei 101 and the sea of lights surrounding it.

My second visit to Malacca was pretty uneventful. Malacca is a small city, and I had seen most of it the first time I was there. There was not much left for a second coming. It was off season, and it lacked the festive mood of my first time here. But the saving grace was the night-long conversation with a French guy on the rooftop of our hostel. It wasn’t because of the guy. It wasn’t because of the conversation per se. It was that brief moment after the chat that made me realize how similar and how different life on the road is from the normal stationary type.

19. Taking the Time in Singapore

It was my sixth time in Singapore, but it was the first time I didn’t have a plan. The past five trips were so structured and jam packed, I was so stressed out keeping up with them. But this time, I just let things be and explored the city at a pace that was comfortable and more social.

Singapore is always calling me. I had two job offers in this city, but I still don’t believe I would want to get settled here. But Singapore will always be one of my most loved, even though what we share have always been a short-term affair.

What used to be here was a black peppercorn farm, but it all changed when four egrets perched on one of its trees. They left and returned the next day with a few more winged companions. And more the next morning. And more. Over five years, their numbers exploded to 20,000. The birds had taken over the farm.

I had never seen that big a flock until I came here. I would be lying if I said I wasn’t a bit afraid. The sheer number was scary enough and intimidating in a way. But it was a great, great sight, something that would take a whole lot more to erase this from memory. 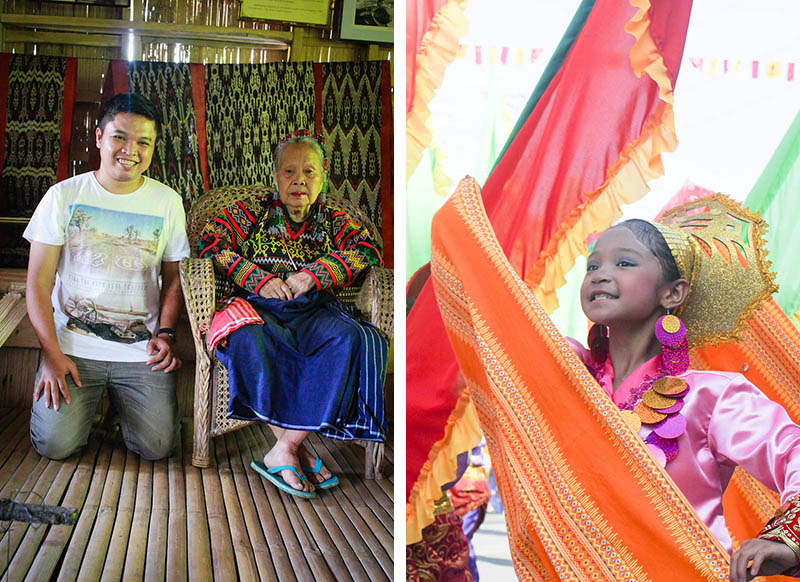 The 7 Falls Zipline was a great experience, but it wasn’t the memory of it that I was fondest of when I left South Cotabato. The art of dreamweaving has always fascinated me, and witnessing how a t’nalak is made right before my eyes was a moment that would not easily go down the drain. My visit to South Cotabato was made special by two tnalak-related events — personally meeting Lang Dulay, a National Living Treasure, and joining the Tnalak Festival, a celebration of the tri-people of the province: the Christians, the Muslims, and the T’boli.

16. Straddling the Longest White Beach in the Philippines in San Vicente, Palawan

It was the very reason I was back in Palawan. Well, one of the reasons. Touted by local tourism officials as the longest white beach in the Philippines, the Long Beach of San Vicente was just something I had to see for myself. 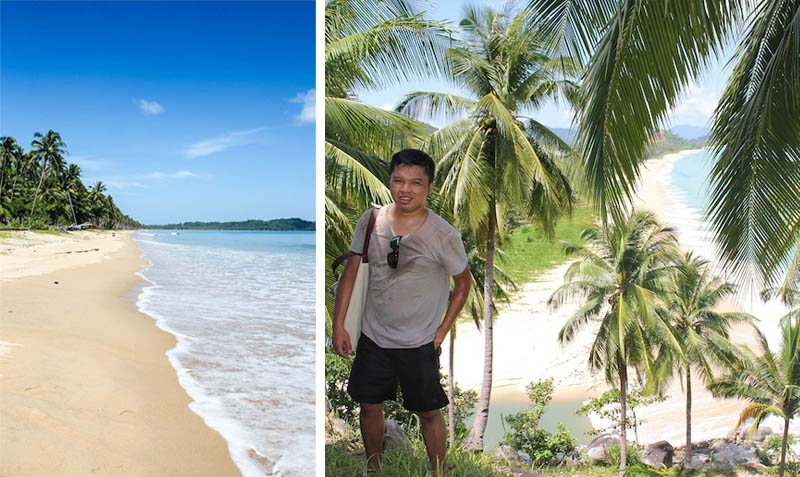 The Long Beach spans 14 kilometers of underdeveloped shoreline, more than three times longer than Boracay’s White Beach. The beach bum in me was on fire! And my right leg, too, after touching the scorching muffler of the motorcycle we were riding. Burn!

15. Sketchy and Soupy Encounters in Liuzhou and Changsha City, China

Some of the most powerful moments I had in China happened at a train station or aboard the train. An old woman approached me at the Changsha City terminal and said a few words in Mandarin. After telling her I could not understand, she started drawing me on a piece of paper. Full story here.

I also witnessed a few random acts of kindness here and there that made the 18-hour train journey, no matter how long and tiring, much easier to bear.

But the scariest part of my trip to China happened right after landing. I dreaded facing the Immigration officers of any Chinese airport because of the horror stories from friends who had been picked for a random inspection. Given the not-so-warm relationship between the Philippines and China, I was expecting them to be especially strict to Filipino tourists.

We could not understand each other. At the end of it all, she let out a deep sigh and stamped my passport out of sheer frustration from the communication breakdown we had just shared. Hurray! Thank you very much.

13. From Malapascua to Bantayan Island, Cebu

I know that beneath the waves lie the greatest assets of Malapascua and Bantayan Islands, but I have yet to learn to dive. But that’s not to say that I didn’t find paradise in these destinations. Located off the northern tip of Cebu, these powdery beaches are a bus ride and ferry/boat trip away from Cebu City. Its remoteness contribute to its almost undisturbed quietness.

Each second my toes dipped in its supple sand is a moment of therapy. Many times I embraced the waves; other times, I lay under the shade by the shore, reading a book and enjoying a glass of mango shake. The sunlight seared. The waves shimmered. The wind swayed. Ah, life is a beach, indeed.

The next 12 travel moments are coming up. A one-of-a-kind theme park, a pseudo-African safari, a century-old restaurant, a scene straight from a Koreanovela, and a rocky world that inspired the setting of the highest-grossing movie of all time.