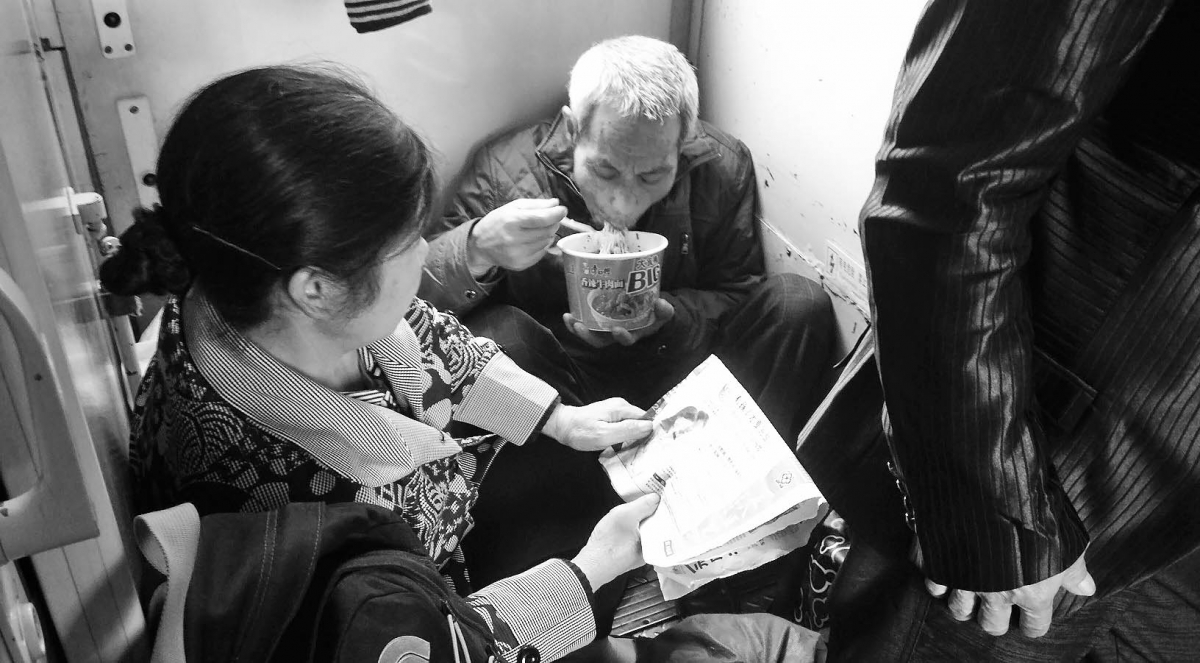 LIUZHOU, China — The train from Liuzhou to Guilin was packed that Saturday afternoon. I was pushed to endure the two-hour ride standing at the space in between cars — by the toilet, next to the garbage bin, beside the smoking area — with the other passengers who booked a ticket too late. I shared the cramped room with seven locals and their luggage almost as huge as China. It wasn’t a picture of a pleasant trip across the Guangxi countryside.

Through the harried crowd emerged an old man holding a bowl of instant noodles. He too was looking for a comfortable seat. Walking was hard enough for the poor man; balancing a hot bowl was almost impossible. But he managed, albeit barely. He came, went, and came again, desperately looking for a stable spot. Stable, because comfortable was asking for too much.

When he passed by for the third time, a young man tucked in one corner rose from a fetal position and offered his little place. Thankful, the old man took the spot and had a sip of his noodle soup. It was his first meal of the day, it turned out.

Done, the old man offered the spot back to the youth. He refused. He allowed the senior to stay in that little corner for as long as needed, while he spent the rest of the trip standing next to me, in between the restroom and the garbage bin. Amidst the thick cigarette smoke, the awful stench, and the cold, cold weather, a simple act of kindness easily made the trip a warm, pleasant ride.