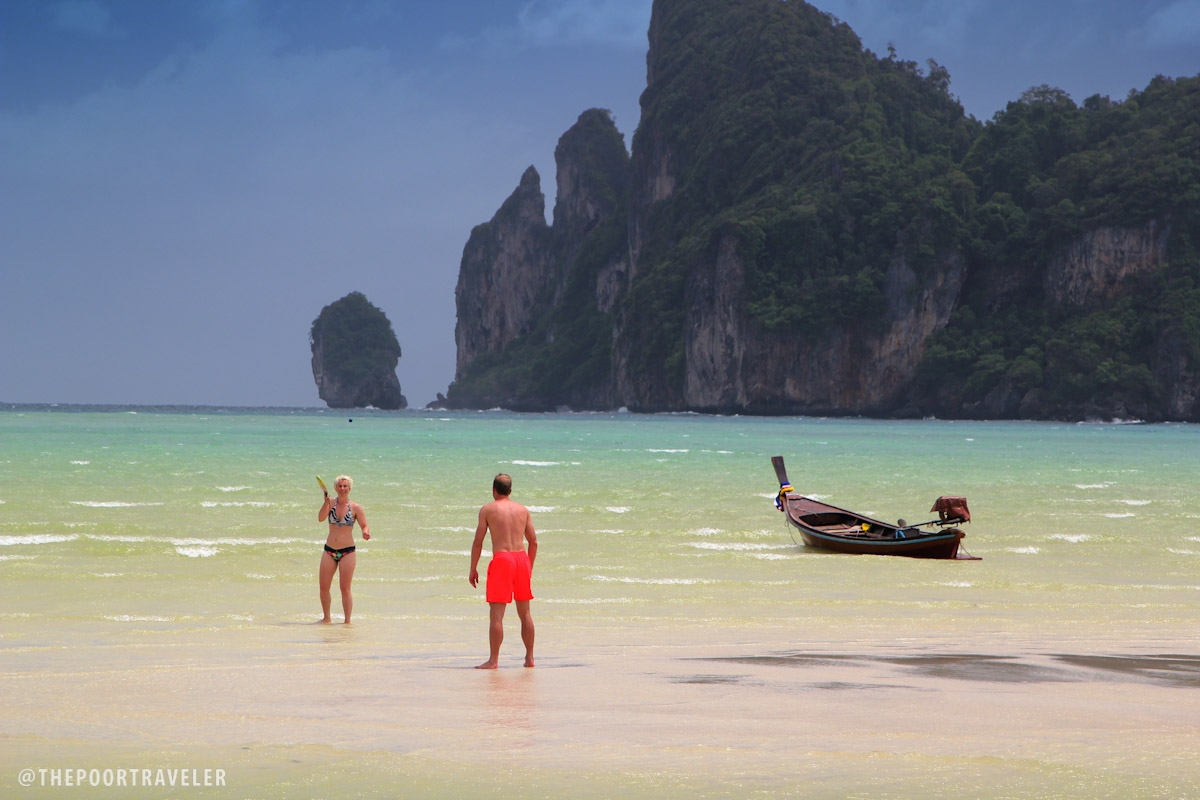 He is not judging, probably just a bit surprised how a man with a belly that perfectly resembles a watermelon (among others) would not even touch any of the platefuls that paraded on the Lazy Susan. “The fish is delish,” he recommends. I proclaim I’m not hungry. My usually voracious appetite has been chased away by a strong pull of sleep, something I did not have the night before.

“What kept you up all night?”

I want to tell him that I partied all night at some gay club in Patong or that I had such a grand time drinking by the beach, but I would be lying. The truth is, I stayed inside the anesthetic, air-conditioned comfort of my hotel room and finally did something I never get to do at home lately — watch TV.

“World Cup. Germany played and they won,” I share with as much enthusiasm I could muster but concealed by a long, audible yawn.

“You love football?” he asks. Yes.

“And you’re rooting for the German team?” Yes.

He extends an arm to give me a handshake, “I’m Dutch. It was nice meeting you.” He looks away and pretends to leave. What an actor this seatmate. He laughs and takes a bite of the watermelon as red as his current complexion. He shares the places he visited the past seven days and narrates his itinerary for the next seven. It’s his first trip alone.

“After lunch, let’s hit the nearby beach,” he proposes. “Only if you’re up for it. I could use some company.”

We pick up our bags and follow a narrow alley to the shore. On the horizon are massive karst cliffs of Ko Phi Phi Don, rising from shallow waters. Somewhere in this island is probably a giant watercolor factory and the drainage leads to this, painting the sea a shade of blue I had never imagined before. He lets his eyes wander and wonders out loud whether the beaches in the Philippines are as good.

Even better, I say.

“All the more reason you should swim. Come on.”

I am unbudging. The sun-baked white sand appears to me as a giant bed, pulling me into a midday slumber. The sound of waves rolling is absent, but the whistling wind provides a soft lullaby. Not helping.

He removes his shoes and lets his toes mingle with the grains. He sheds off his top and dashes to the water. He dips one foot slowly at first as though methodically measuring the depth and warmth of it, and makes a splash.

The next thing I know, I feel a gentle tap on my knees. “You’re snoring,” he teases. No surprise there. It has become my identifying sound. I am not me if my breathing doesn’t mimic three helicopters about to make a landing at the same time.

“No, you were asleep a long time,” he says as-a-matter-of-factly and sits next to me. “You could at least take off your shoes. Just feel the sand between your toes, that’s the hipster thing to do.” That laugh again.

“I haven’t made that many friends throughout this trip,” he shares while watching a couple play badminton by the beach and a group of friends pass around a soccer ball. I suggest that he stay at a hostel instead of a hotel in his next stop.

“Funny, I forgot to get the names of most of the people I met. I wonder if I’m gonna see them ever again,” he adds while topping the little mound of sand he has built in front of him with another fistful.

“Maybe, maybe not. But that’s the beauty of it. You just enjoy the moment as it happens.”

A brief glance at the clock of my phone and we decide to get up. “Boat’s leaving in 30 minutes,” I say and make our way back barefoot.

Right before we reach the pier, he halts. “I think I’m staying. I’ll let the staff know.”

A smile. A goodbye. A firm handshake. “It was nice meeting you.”

I watch him walk back to the beach. Still shoeless. Still nameless.