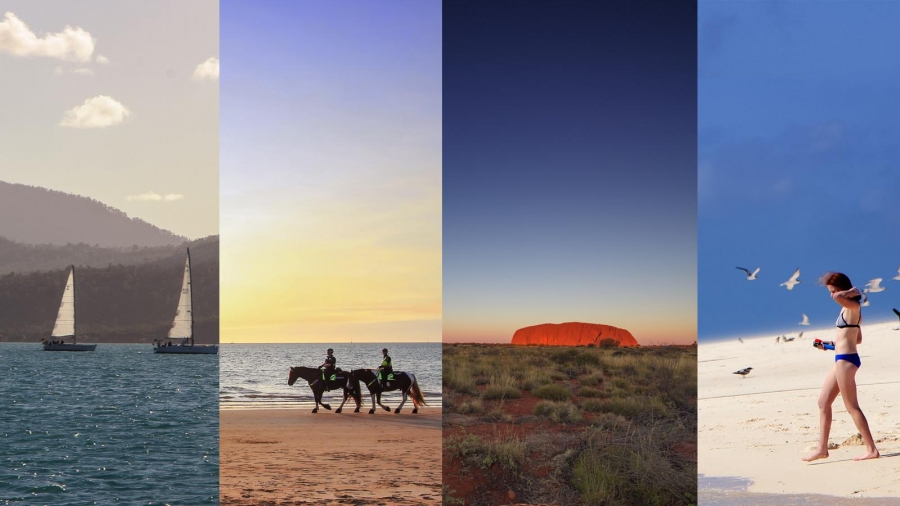 I’m writing this in between shivers. Inside this heaterless apartment in Tokyo, the winter cold offers itself as the perfect excuse from not doing anything at all. But it’s the last day of 2015 and the heat coming from my laptop provides the badly-needed warmth.

Just like the mountain of blanket that buries me, my travel record the past year is lukewarm at best. I had been stationary for almost the entire year. Much of my time and energy was devoted to something I love almost equally: social media marketing. But the inner traveler in me had fought its way out, pushing me to take trips for a week (or two or three) here and there. Here are the top 10 moments that reawakened the wanderlust in me and pushed the travel monster to come out again.

10. When I chased waterfalls and crocodiles in Australia’s Top End.

For a guy who is terrified of crocodiles, I sure is oddly running after them way too much. (I even ate a piece of crocodile meat before. Didn’t like it. Rubbery.) Darwin was our first stop on our backpacking tour across Australia, and boy was it unforgettable. Darwin is the jumpoff point to many of the Top End’s naturally rich and breathtaking national parks including Litchfield, where we hopped from one waterfall to another, and Kakadu, where we cruised down the Mary River, known for having the world’s highest concentration of saltwater crocodiles.

9. When I stumbled upon good music in Brisbane.

Coming from an hour of abseiling down a cliff by the Brisbane River, I wanted to return to the hotel immediately to rest. But along the way, my attention was captured by the angelic, soothing voice. A small crowd gathered around Hailey Calvert, an Australian indie singer who was performing at the South Bank Parklands at the time. It was as though the melody of her songs just blew all my troubles away.

8. When I took the driver seat for the first time to Calatagan, Batangas.

In 2015, I finally learned how to drive. But when my childhood bestfriend, who just arrived from Canada, brought up the idea of a roadtrip, I said yes hoping that he would be taking the wheel. Unfortunately (or fortunately), he had other plans. I ended up driving the entire trip! The road to Burot Beach in Calatagan isn’t the easiest, but it served as the best training ground for a noob like me.

7. When Asia and Africa converged once again in Bandung, Indonesia.

On 19 April 1955, world leaders from Asian and African countries who had just gained independence from colonial rule gathered in the city and agreed to work hand in hand. Sixty years later, this momentous event was commemorated over several days, peaking on April 24th when costumes painted the city streets with the colors of the participating countries. Saying that the event is huge doesn’t do justice to the magnitude of the celebration. It was one of the biggest crowds I have seen in my life, if not the biggest.

But the best part of that trip took place the day before, when we attended a short angklung class led by Master Daeng Udjo. When the children performed, I was almost reduced to tears.

6. When I walked to the sunset with kangaroos in Alice Springs.

It is usual in the Outback to find a dead kangaroo lying by the road. But one day in 2005, Chris “Brolga” Barnes,a tour guide at the time, checked the pouch of a dead kangaroo and found a joey, and decided to be, however unlikely, its new mother.

Brolga later set up the Baby Kangaroo Rescue Center, where he accepted more joeys even from other people who would stop and check the pouch of dead kangaroos. Today, it has evolved into a 90-acre kangaroo sanctuary which shelters around 30 individuals. BBC featured his advocacy in a TV documentary show called “Kangaroo Dundee.” We were able to pay it a visit on our stop in Alice Springs, and it was a fantastic experience listening to Brolga and how much passion he has for what he does.

5. When I totally lost it in Tagaytay.

So we attended a wedding in Tagaytay, and I got severely wasted that I basically passed out in the passenger seat, leaving my friend Maxine take matters in her own hands. Thing is, she wasn’t that familiar with the city. At one point, I woke up because I felt a strong urge to vomit (I did, almost inside the car). It was then that I finally took notice of our route. We were on our way down to Laurel and Talisay, Batangas.

“Where are we going?” I asked.

“To our hotel,” answered Max.

“No. This isn’t the way. This will lead us to the volcano.”

“VOLCANO! You know, the thing that erupts!”

We did a 180 and finally found our hotel. Hahaha. Good times. At least for me. For Max, it’s another story.

4. When I totally lost it again in El Nido.

Just putting it out here. Let’s just say that El Nido and I have a secret.

3. When I went sailing and snorkeling around the Great Barrier Reef.

When 2015 started, I never imagined I could finally say I had been to the Great Barrier Reef by year’s end. But by July, I was able to explore two of its most popular areas. First, the Michaelmas Cay and Paradise Reef, accessible from Cairns. The other is the Whitsunday Islands, where we sailed around in between snorkeling stops.

2. When I let my tummy lead the way around Tokyo.

Tokyo has the more Michelin-star restaurants than any other city in the world. But I failed to visit any. HAHAHAHA. My wallet can’t afford it. But that’s not to say I wasn’t able to indulge my tummy. Tokyo has a gazillion other gastronomic delights at much lower costs. I was able to try sushi and sashimi near the Tsukiji Market, gyoza in Harajuku, ramen in Shinjuku, and yakitori in Shibuya.

1. When we drove across the Australian Outback to Uluru.

When our guide told us we would be spending the night in the middle of nowhere, I didn’t think much about it. But when we reached our camp, I realized he was not kidding. We were in the middle of fucking nowhere. We did not have huts or tents, only badass sleeping bags called swags. We slept by the fire under the Southern sky that night. It was cold, almost 3 degrees. But we were not afraid of Ozzy winter, only of deadly snakes and spiders that could crawl while we were deep in slumber.

But it was amazing.

Whenever a friend asks me how my trip to Uluru was, I always find it hard to answer. It’s one of those trips that are hard to put into words. I just know that it was a memory that I would keep with me for the rest of my life. Our journey began in Alice Springs. From there we dropped by Kings Canyon, where I decided to finally quit smoking after I struggled at a climb. (I was literally vomiting air and I thought that was the end of me.) We made a few stops to pick up sticks for the bonfire. We ventured out into the woods while listening to the howling of dingoes. The next day, we hiked around Kata Tjuta, a mountain sacred to the Aborigines, and learned more about their way of life. On Day 3, we watched the sun rise behind Uluru. I could go on.

It was surreal. Life-changing. It was this trip that made me miss being on the road. It was this journey that pushed me to, once again, quit my full-time job and return to a nomadic life. And that’s exactly what I did when I got home.