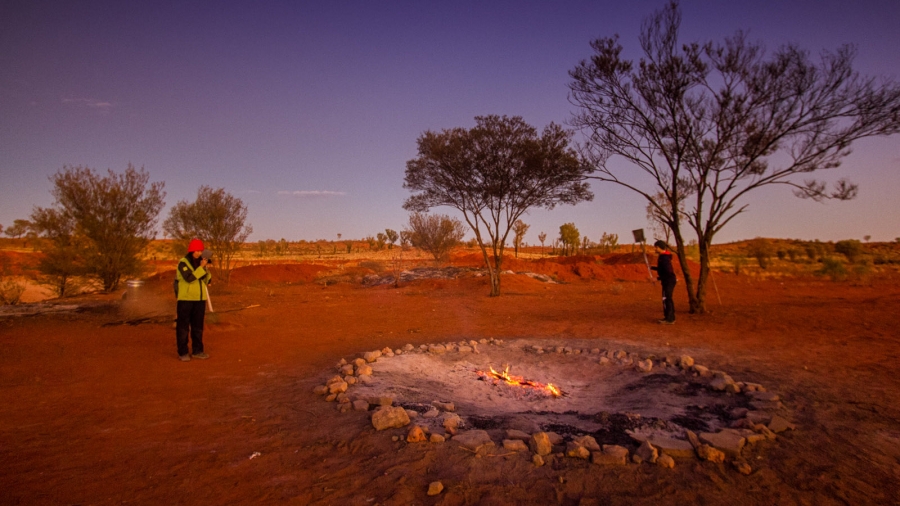 “How do we keep the snakes away?” one of us finally speaks up after Nick, our tour guide, told us we would be sleeping on the ground.

Good question. It is the first night of our camping tour across the middle of nowhere (aka the Australian Outback), and we are all surprised to find there are no tents, only so-called “swags”, glorified sleeping bags that we have to check for spiders before using. Australia is notorious for nurturing the world’s most venomous snakes, and sleeping in the open doesn’t really give us the most relaxing thoughts in the world.

“Make a groove in the ground around you,” Nick suggests as he picks up a stick and draws a narrow furrow around his sleeping bag. He shakes the dirt off his hands. “There, just like that. And you’ll be safe from snakes.”

But that’s ridiculous! The worry plastered on our faces have morphed into confusion. How can a silly marking on the ground shoo away unwelcome reptiles? But we can’t validate new information. No cellular signal. No internet connection. No other people except us.

“The marking is an Aboriginal trick,” Nick explains. “It’s something that they’ve been doing over thousands of years to keep snakes away.” He added that most snakes have poor eyesight and that they sort of feel their surroundings, tracking temperatures. The grooves in the ground act like small trenches that trap air, which makes it a little bit colder. Snakes take it as cue that there’s nothing ahead. They slither away. He goes on explaining more. It sounds like a legit survival hack. Sounds wise. Sounds scientific.

In an instant, we all have a stick in one hand, creating grooves around our swags.

That night, we sleep outside. There is nothing between our faces and the starry night sky. There are no concrete buildings. No tents. Nothing. Just us, tucked neatly in our glorified sleeping bags, locally called “swags.” My fear of a possible attack by some hissy or webby crawlers gets overpowered by the hypnotic twinkling of the stars. I stare at Mars, Venus, and Jupiter, all illuminating their celestial corner. The Southern Cross shines brightly, too. Slowly, silence is drowned by an improvised nasal orchestra — snoring — which is good because it means I don’t have to hear the howling of dingoes, if any. I will be joining the band in a bit; I’ll be the cello.

The next morning, we wake up and check if everyone is still alive. Everyone has survived the night, thankfully.

We then continue our journey to Uluru and explore all day. That evening, we repeat the whole thing. We check our swags for spiders, lay them on the ground, and dig shallow grooves around them. It’s our last night. Better safe than sorry.

The next day, the tour ends. We watch the sun rise behind Ayer’s Rock while having breakfast. It’s a beautiful, calm moment. Until Nick breaks the silence with laughter and a revelation.

None of it is true. That whole Aboriginal trick groove thing isn’t real. He just made it up so we won’t feel afraid, so we could sleep well. He laughs some more. And we laugh with him. We laugh about how easily we bought that hilarious idea, how gullible we were. We laugh at the thought of Nick trying to stop himself from exploding in laughter at the sight of us, drawing silly marks around our sleeping bags. We can’t believe we lapped it all up, but we did.

The things we believe when we are afraid.