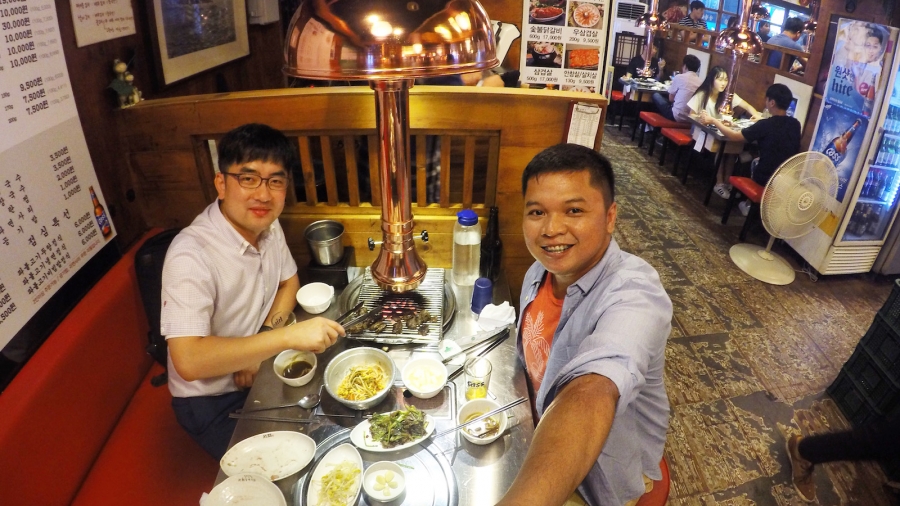 One lazy day in college, I was chillin’ at the Film lobby with batchmates when the College Secretary approached us. “I’m looking for volunteers,” she said. Apparently, exchange students from Korea had arrived way earlier than expected and so she could use some help. Bored af, I was first to raise a hand.

Out of the 20+ Korean students, I clicked with Boam Sik instantly perhaps because he was the youngest and we were of the same age. He (and Moon Soo) would always invite me and 2 other friends to where they stayed (International Center) for rounds of chitchat. And when they moved to an apartment in Katipunan, for rounds of soju. They would never let us leave until we were all drunk af. When the group returned to Korea, I never heard from Boam Sik again. He was my first foreign friend ever.

When I visited Korea 3 years ago, I thought about sending him a message, but I was scared he wouldn’t remember me. When I posted a photo of my time in Korea, I received a message from him, upset that I came and went without letting him know. I promised to do that next time.

Next time was tonight! After 10 years, we finally met again!