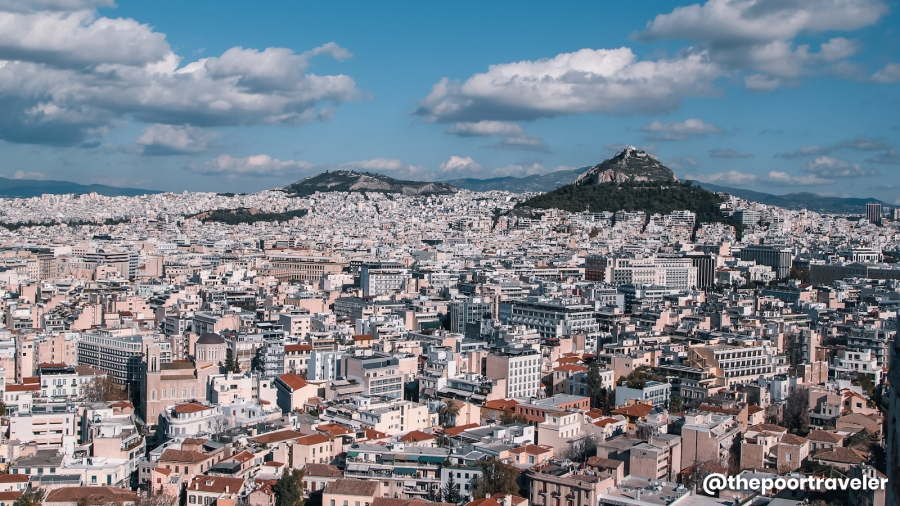 ATHENS, 2017. “I want to show you something,” our cab driver John said at one point between the airport and our hotel. “You’re not in a hurry, no?”

We had nothing planned for the rest of the night, so we just let him. Within minutes he drove the cab up this hill in the photo, Mt. Lykavittos.

When we reached the top, he led us to a small viewing deck. “We call it the Balcony of Athens,” John shared proudly. It wasn’t difficult to see why. Before us was the Acropolis, towering above sprawling Athens. We tried taking photos but it was already dark and we didn’t have a tripod. None of them were good. The next day at the Acropolis, we immediately recognized this hill, where John had taken us.

He did not charge for the detour. “No need,” he said. “It’s somewhat along the way.

It was just our first night, but I fell in love with Athens right then.