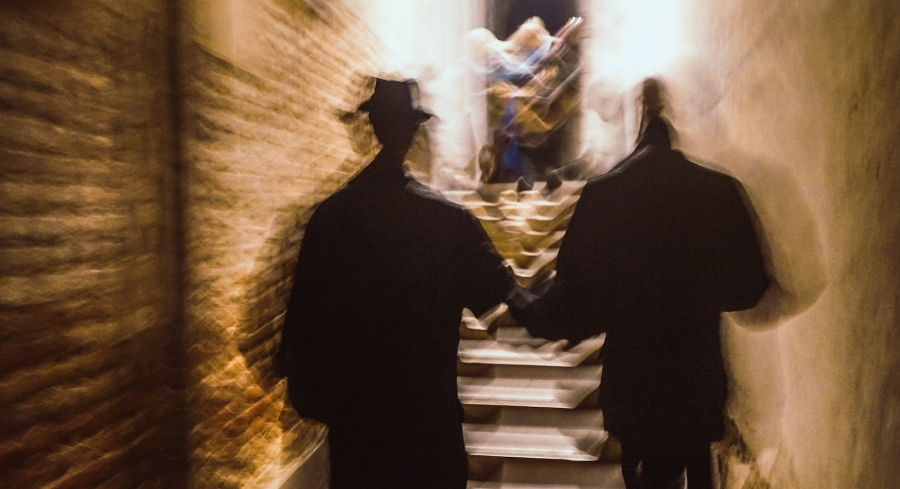 Back when I was a college freshman, I decided to move out of the boarding house and instead commute from Batangas all the way to QC for the second term. To make it to my first class, I had to catch the 3am bus. Our house was far from the terminal so I had to cross the highway and be on the side of the road by 2:30am to wait for a passing jeepney. My mom, ever so worried, would watch me from our house.

The jeepneys were few and far between at this time of the night. When luck wasn’t on my side, I would stand there in the dark for an hour.

Most of these waiting times were pretty uneventful. But sometimes, things got interesting. And that’s what I’ll share with you in this post and a few more in the future.

One time, I waited longer than usual. Much, much longer. It was past 4am and I needed to catch the next bus or I’d be awfully late. But there were no jeepneys.

A van stopped. The driver, a middle-aged man, smiled and asked, “Pa-saan ka? (Where to?)”

I responded, and he offered to take me there.

I didn’t know who this man was but I thought maybe he’s a family friend? Something similar happened before. I rejected someone who turned out to be a relative whom I just didn’t recognize.

The next thing I knew, my mom had crossed the road toward us and joined the conversation. They talked casually and my mom encouraged me to hop in. “Sakay na at late ka na. Ingat! (Hop in coz you’re late!)”
She then addressed the driver. “Salamat ho! (Thanks!)”

I climbed onto the passenger seat. There was no one else in the van. On the way to the terminal, the driver shared, “Pa-iba talaga ang daan ko pero ihatid na kita sa bus. (I’m not really going this way but I can take you to the bus.)”

And he did. He dropped me off at the terminal. I thanked the man profusely and was able to catch the next bus.

Immediately after boarding, I noticed that I had a lot of missed calls from my mom. It rang again so I picked up.

Thankfully, he turned out to be a good samaritan indeed, but that could have quickly gone south otherwise.