It’s still so vivid. One evening in 2007, I sent him a text message, inviting him for a meetup at McDo Philcoa. He said, “Sure. What for? What up?”

I replied, “I dunno. I just missed you.”

A few hours later, I arrived at McDo and I saw him inside waiting for me. I had Chicken McNuggets. He had McChicken, large fries and large coke. He asked me how I was. I said I was great. He asked again why we were doing this. I told him I just wanted to bring back the old days — back when we called our group Bioman. I was Blue 3. He was Green 2. 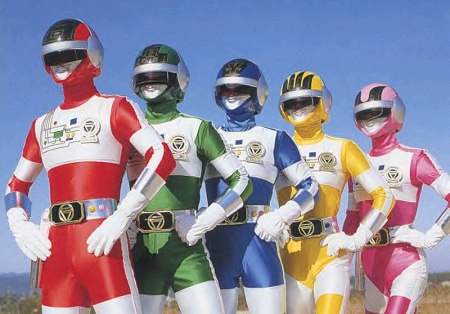 He laughed. Way before we drifted far apart, we were close friends.

And that night, we stayed there at McDo, just talking about that summer — collecting newspapers and PET bottles from subdivisions, killing time at Vinzon’s Hall, playing games at Sunken Garden, pretending to be Bioman, the music we used to listen to back then, shooting an “Ikaw ang Lahat sa Akin” music video for our film org, and watching “Nasaan Ka Man” with the freshies.

A huge chunk of our time was spent talking about our radio hosting stint at dzUP for Project: Live Sound (Film stuff, Life, and Everything in Between). How they messed up on their first day as DJs. How fun it was. How he would want to do it again.

We even talked about that one time we walked along the Academic Oval while singing M2M’s “The Day You Went Away” out loud.

Yes, it’s so vivid. It was an unforgettable night.

Unforgettable because it was the only night we spent hours alone together. It was the only time I made an effort to revive our lost friendship. It was the last serious conversation we had. The sad fact is, it will never happen again.

So long, my friend. Rest in peace.