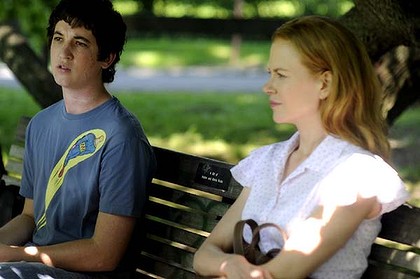 A couple struggle to go on with their lives eight months after their young son was killed in a tragic road accident. Cliche? Maybe. But that’s what is beautiful about Rabbit Hole. It tells the tired story of loss and grief in the most unusual yet true-to-life manner — silent, devoid of histrionics, and occasionally humorous. It’s a simple story made complex by the characters’ emotions.

Rabbit Hole revolves around Becca and Howie Corbett, played by Nicole Kidman and Aaron Eckhart, and their difficult, almost impossible battle with grief, brought about by the death of their son after he chased his dog onto the street and get ran over by a speeding car.

While Howie comforts himself with memories of his son by watching old videos on his iPhone, Becca seems to be dealing with the loss differently. Becca seems to be determined to banish anything that reminds her of her child one step at a time, while being annoyingly critical of anyone that offers her a shoulder to cry on. She dreads support groups and refuses to talk about her feelings.

Becca is seemingly strong. Seemingly, the operative word. And these differences between them are starting to take a toll on their marriage.

There is not much of a plot in this film. Just a difficult conflict and a bunch of characters, defined by how they deal with loss. But the movie takes a turn when  Becca develops a friendship with a teenage boy, Jason, who was driving the car that killed her son. In one scene, the two are sitting on a bench at the park. Neither is talking. But the way they look straight ahead makes a sound. While Becca is thinking, “I should have chained up the dog,” Jason was wishing, “I should have driven slowly.”

That’s the beauty of this film. It’s slow and silent yet incredibly moving. It is evident in Kidman’s immensely effective portrayal of the grieving mother. There’s not much dialog, yet the way she folds her child’s old clothes and how she pulls open the washing machine speak volumes about her bottled emotions. She doesn’t even have to cry buckets as she looks at her son’s old drawing to see just how ripped apart she is inside. She was able to bring life to a character who do not know how to come to terms with her guilt and sorrow but is a master of masking fragile feelings by avoiding the problem head on. She created a full character that is so real, it’s hard not to feel for her. Kidman delivers her best performance since The Hours, if not better than it, that it can give Natalie Portman a run for her Oscar. 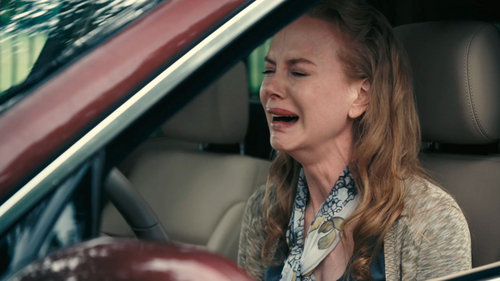 It is also remarkable to see how the film plays with colors. Every time Becca attempts to start anew, she wears black, as if mourning the death of grief. The moment she is pulled back to loneliness, she is seen in lighter shades of blue and cream, and white.

The slow pace and its poignancy are reminiscent of the brilliance of Doubt and Closer, probably because they are all based upon a stage play. It is the kind of film wherein nothing really happens. No big scenes. No fancy production design. No shots calling attention to themselves. They utter not many words but every syllable is resounding and meaningful. Every small movement they make shakes our emotions. It’s all about the characters as you watch them grow and get through the terrible process of overcoming grief.

Rabbit Hole takes us on a tour into the lives of this couple, who have stopped living since their son passed away. It’s not exactly feel-good and it sometimes becomes uncomfortable to watch but it is as honest as real life gets. Realistic yet unpredictable. Tragic yet hopeful, and sometimes funny. The film is not a “How to Deal with Loss” movie as it doesn’t tell you what to do or how to do it. When Becca bravely asks her mother (Dianne Wiest), “Does it ever go away?” and she answered with “No, but at some point it becomes bearable,” the film only gives us the faintest glimmer of possibility that life is still worth living even when we know there is no cure to misery or even when there’s no way we could ever understand why God would need another angel. We just live.