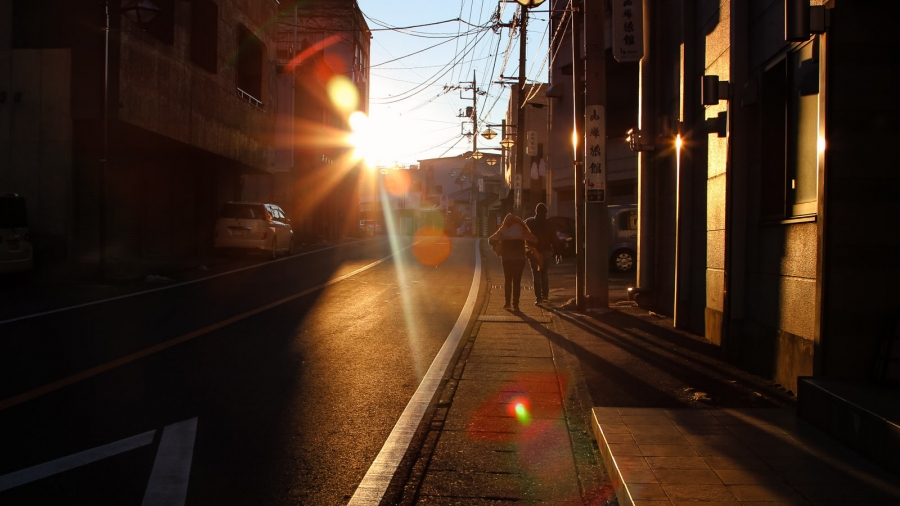 The sun was baking the town when I hopped out of the bus. I just arrived in Batangas from Manila and waited for my ride in front of a 7-Eleven store. From where I sat I could see a woman walking towards the convenience store — little by little, step by step. She was agonizingly slow — painful to watch. Under the intense heat of the sun and across the burning asphalt road, her only protection was a kerchief covering her head and a pair of wooden slippers that clanked gently as she trod

She was only three meters away when I noticed the big plastic bag she was carrying. I approached the lady and offered to carry the bag for her but she refused. She said, “Malakas pa naman ako.”

She sat beside me and opened a conversation.

She, then, opened the plastic bag and revealed green and purple avocados cradled in it. They were smaller than the usual avocados I see in the market.

I whipped out my wallet, took out a P20 bill, and gave it to the lady. She then extended her arm and handed the bag of avocados.

The woman gave me P5 change and smiled. I refused to accept the change and asked her to keep it as a tip. I encouraged her to take a tricycle to where she was going next because the heat was just unbearable.

“Sanay naman ako sa init,” her last words as she walked away. She kept the P5 coin.

A month later, while waiting for my ride, I saw that woman again. She was already standing in front of the convenience store when I alighted the bus. She had a plastic bag of Indian mangoes, this time. Like the last time, however, after I bought from her, she walked slowly not minding the harsh sunlight. She did not remember me.

Every time I waited for my ride home on a Saturday afternoon, I would always see her walking in the streets with a bag full of fruits. It was often Indian mangoes but sometimes, avocados and atis. It was always a fresh conversation with her. She never did remember me each time. She never accepted any tip more than P5.

It’s astonishing how, despite her severely bent spine and old age, she remained firm in her relentless drive to work for every single penny she earned. If my guess is right, she’s probably 80 years old. Or 90. She looked really old.

I’m not sure if she earned enough money but something tells me that in her many years in the streets, working hard, she had earned so much more, something you can’t put a price tag on.

It had been months since I last saw her show up in front of that store.