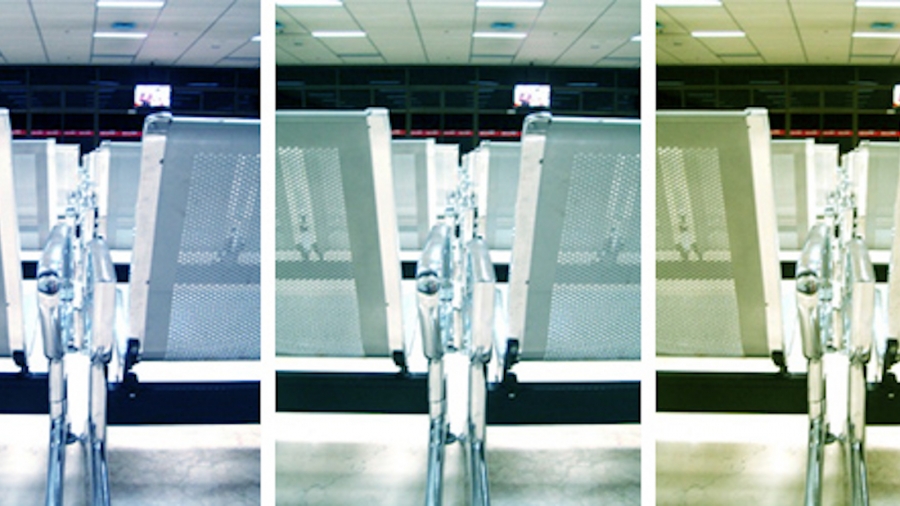 From the moment I laid eyes on him, I called him “the Stranger.”

There I was, seated next to my mom at the pre-departure area of a flight to Singapore, and my eyes were glued — no, nailed — to the face of the Stranger. I didn’t know what it was about that man that caught my attention. Perhaps the complexion of his skin. Or the way his lips gently touched each other when he talked. Or maybe how he slightly pointed his lips and moved them to one side when it was not his turn to talk. Whatever it was did not matter to me. My eyes were nailed to him. I prayed that the Stranger would look my way and throw a glance at me because I would surely die of extreme shivering of the heart. And bladder.

For a brief second, he did.

I died, went to heaven, and returned to Earth, several heartbeats lighter. Welcome back, said my conscience to my soul.

The Stranger. Five foot six. Five foot four if we don’t count the height of his hair waxed to perfection. Not really fair, not really dark. His eyes were nothing remarkable. Now that I think about it, there was really nothing about him that was particularly striking. What got my attention was the way he talked to his mom who was with him at the time. It seemed like he was treating his mom to a weekend getaway in Singapore. Yes, maybe it was that. I was there for the same reason.

I watched him in between the pages of the book I was pretending to read. For the second time, he threw another look to my direction and his eyes lingered on the cover of the book in my hands. He moved his gaze to me and smiled. As common courtesy, I smiled back.

Passengers marched in line into the aircraft as soon as boarding was announced. I was behind the Stranger all the time.  Besides another very quick glance, he never looked at me again. He stood there, fixed his hair a couple of times, and moved slowly with the traffic without ever looking back. His seat was in the first few rows while my mom and I were assigned seats in the middle rows.

From where I was, I could only see the pointed tip of his sculpted hair. Get up and give me one more look. Just one more, I whispered. The plane was slowly getting crowded as people came in. One more look. The cabin crew had just announced to switch off the phones. Come on. The fasten-your-seatbelt sign had been switched on; we were ready for takeoff. Just one more. We took off. I did everything that I could to distract myself and stop giving his shark-fin hair unrequited stares. The fasten-your-seatbelt sign was switched off. It happened. He stood, twisted his body to look back, and let his eyes wander. Our eyes locked. He flashed another powerful smile. There was little air turbulence but I felt like a greater force just shook me violently and I was crashing into him. I can so totally go home right now.

Passengers gathered at the arrival area after having their passports stamped by the Immigration. A line was forming in front of a Forex stall and my mother volunteered to do the task. I sat in a short row of chairs nearby, looking after our luggage. I had already forgotten about the Stranger until I saw his mom lining up, too. When someone took the seat next to me, I wished it was him and I kind of knew that it was. I whipped out my book even though I had already finished it during the flight just to ease the awkwardness that I was feeling. There I was pretending to read again.

Suddenly, I felt something touch my arm. It was brief and for a moment there I thought I just imagined it. And then it happened again. And again. And it stayed there, his elbow pressing slowly. I pushed back. That simple press grew into a soft push and then a hard push and then a subtle elbow fight like what horned mammals do when they battle. There we were, next to each other, elbow to elbow, fighting silently. It was a juvenile who-stops-first-loses game. I swore I wouldn’t allow myself to lose.

Neither of us were giving up. The pressing elbow fight had become exciting that it had triggered an awful emotion that I had yet to identify. Yet, the whole thing felt oddly familiar. It had happened before. I had done this before. That touch, elbow push. I had seen that before. I turned to him and found his lips, curled towards one side, forming a nervous, narrow smile again.

“So, are you going to tell me your name? Or should I go first?” Finally, his first words.

But it was too late. Even his narrow smile reminded me of who it was that I had had this moment with a long time ago. That elbow fight was special. More special than this. I had also recognized that nasty feeling that was giving me the awkwardness.

“I’m sorry. I’m… I’m in a relationship,” I answered while moving my elbow from his. Guilt. Game over.

“Oh.” The narrow, inept smile became even narrower. “I am, too, actually.”

“Too bad.” Good job, said my conscience to my soul.

His mom arrived and signaled that they needed to leave. He picked up the bags on the floor and started walking to the exit. Through the glass door, I continued to watch him take off. One last look. Just one more.

He never looked back.