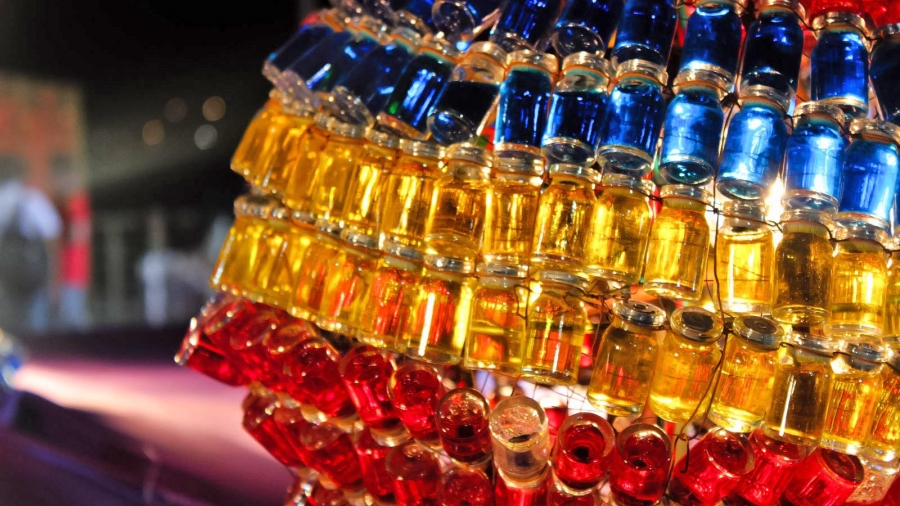 A bittersweet smile cut across my face earlier as I browsed photos of my friends from the Foreign Service on Facebook. Four years ago, I was with them preparing for the series of the toughest exams, providing moral support to one another, sharing stories of excitement, fears, and dreams. While I am happy for them that they reached their dreams of becoming a diplomat, I can’t help but wonder what could have been had I made it through. Today, they are probably helping in the formulation of foreign policies, assisting fellow Filipinos in other parts of the world, sharing insights on resolving conflicts. And here I am — blogging.

I had always imagined my heart to be a large library where I kept all thoughts, emotions, and experiences. Instead of books, however, it is filled with bottles of various shapes and sizes, all containing each and every joy, triumph, desire, fear, pain, sin, and dream that I have gathered all my life.

Somewhere between the shelves labeled Ambitions and Frustrations is a place where I kept abandoned dreams, unfulfilled visions, and lost battles — all bottled up, sealed, and locked tightly. On nights when sleep eludes me, I visit this vast room and find myself at the very spot where hope and pain share the same name.

There are four vials in particular that I stare at every time I step on this side of the room. They are the biggest bottles and the most fragile. Their contents shimmer — a magical potion that grew stale over time like expired ketchup that has been kept in the kitchen for years but no one throws away, waiting for that one time it could be of use. Some times I shake them and they glitter. Other times I open them only to seal again as they reek of disappointment. I put the cork back on as soon as I remember just what led them here in this limbo made of glass. At first glance, these four bottles have nothing in common. But they share the same origin. They all came from a genuine desire to help make this world a better place. That may sound like something a beauty pageant contestant would say but it’s true. And I believe that most of us share this dream not just for our families, not just for our loved ones, but for ourselves, too. Who doesn’t wish to live in peace? All my life I had longed for that.

The Bottle of Fire

The smallest of the four bottles contains a small liquid flame that glows. It was my childhood dream of becoming a fire fighter. As a boy whose arm got caught between fire and molten plastic in an accident, I dreamt of living in a place where nothing catches fire. Only the sun, stars and hearts are allowed to burn. Should something else blaze up, I wanted to be somebody who would extinguish it. Nothing ever sparks. Nothing ever gets reduced to ashes. But that very accident  prevented me from fulfilling that dream. Not only was my left arm significantly shorter than the other, I also had asthma as a psychosomatic reaction to the trauma.

The Bottle of Cure

The Bottle of Light

The third bottle is made of film celluloid and it carries a gentle ray of light inside it. It was my desire to make films that capture and showcase the beauty and wonders of the place I am from. I yearned to tell stories of triumphs and inspiration. I wanted to tell tales of heroes. I wanted to show the positive side of life. I wanted to enlighten and entertain through pictures. It was a dream that became a goal, something attainable and realistic. It was a goal that I held on to all through college when I took up BA Film. It was goal that I was forced to let go of to survive and to pave way for another.

The Bottle of Peace

The largest bottle is the newest addition to the shelf. It looks empty but it is full of particles that have a faint radiance. It’s not always this faint. It had the brightest glow years back, so bright that my world revolved around this one big dream at the time. It was all I ever wanted — becoming a herald of peace, a diplomat, a Foreign Service Officer, somebody that could really make this world a better place.

It was the scariest thing. I had never opened this bottle since I kept it away.

The degree I had was in Film and for me to realize this aspiration, I had to work my hardest. But even though I had no formal training in foreign service, I took a shot at trying to make it a reality. I remember sleepless nights of trying to memorize the ASEAN Charter by heart, mornings of watching news channels, afternoons of reading about international affairs, midnights of brushing up on my foreign language choice. Slowly and step-by-step, I was this close to that dream. I was one of the only 200 souls who passed the qualifying exams out of over a thousand aspirants. And although I did not have any units of Economics, Political Science, or advanced History, I was able to make it through the Written Exams. I think I did well in the Orals and in theory I passed it (The passing grade was 75; I scored 84.). But it was not good enough for me to go on to the next level. For anyone to make it through to the next round, he or she should have averaged 80% when the scores from the Written Exams and Oral Exams are computed. I got 79.82%. I was almost there but almost doesn’t mean anything. I was 0.18% not good enough. At the end of the day, I failed. Tried it again and failed again. And then I just stopped trying. I forced that dream into a small glass bottle and concealed it where I could not reach it, except on nights when sleep eludes me and I have all the time to kill.

My world crumbled and I am quite surprised myself how I was able to get out of the rubble. All the decisions I made since graduation had been directed by this dream. Even when I took a corporate marketing job (and I hated Marketing at that time), it was a placeholder for me — something to keep me busy while I was taking the exams. Eventually, I fell in love with Marketing and it allowed me to survive in the following years. But I had to stop at one point as I began to want more — more meaning, more motivation, more satisfying answers whenever I asked myself why I do what I do.

Deep in the room of vials, that one bottle still glows. It always has. One time I opened it and there was a resounding voice that screamed so loud that the room shook and all the other dreams almost fell on me. I found myself on my knees, crying, wrestling my fears in the dark. I swore never to touch that bottle again.

The truth is, every single time I allowed myself to explore this vast room inside me, I always passed by this shelf. Many times I stopped. Many times I stood there just looking at the different flames and shimmers of its content that radiated through the fragile containers that imprison them. Sometimes I stayed there for so long trying to answer questions that bubbled up in my head. Why do I have so many bottles here? Why am I afraid to open some of them? Why did I keep them here in the first place?

Not to be Bottled Up

In the daytime when I’m in front of my laptop like now, I sometimes wonder whether I’m truly happy. Blogging was not my dream. Yet, here I am doing just that. A few months ago I quit my full time job so I could have more time to blog. In between posts, I see an image of my Marketing mentor with disappointment written across his face when I told him I was leaving to be a full-time blogger. He could not understand why I was jumping off the career ladder that I was on when there was something that was waiting for me at the top. It was a year after I failed the Foreign Service Exams. He thought I was just afraid to fail again.

But that’s the thing about failure. Failure is not the falling down. Failure is the inability to get up after the fall.

This is me getting up.

Although it allows me to recover, blogging to me is not therapy. It has become who I am. All the other broken dreams led me here in front of my computer, doing what I love — pouring my heart out through words, promoting the places I love through blogs, getting a message across — hoping that my words would somehow  touch, move, or inspire others the way they inspired me to blog. Even just a single person. Even just a little.

All defeats, all losses, all falls — they have made me see things differently. They changed me. Maybe I was not physically built for fighting big fires, or psychologically wired to stand blood and become a doctor, or emotionally ready to become a diplomat.   Life has shown us over and over again that there are things that are just not meant to happen and that there are dreams that will remain just that — dreams. Accepting that is not failing or losing. It allows us to find not another dream but another way to reach it. At the end of the day, sometimes the dream is not the job itself but our intentions; not what we do but why we do it.

After all, at the center of the vast library of bottles is a giant ball of light whose shine cannot be contained by any bottle in the room, not even by the room itself. It is that dream to help make this world a better place. I would like to believe that — maybe not as fast or as direct as the other ways I planned but — blogging does that, too.

I was looking at the photos of my diplomat friends earlier and I wondered what could have been. It was painful to be reminded of the things we tried to achieve but didn’t. A bittersweet smile cut across my face as I browsed. While I felt a little bit of disappointment, I was happy for them that they have fulfilled their dreams. I closed the album, opened my blog’s dashboard, and started writing about it.

I am a blogger. And I am living the dream.