It was a decision that baffled many people around me. I myself struggled with it too.

Halfway through the year, I traded back my passport with a company ID, my backpack with a messenger bag. But such a move was inevitable. For almost three years, I had wandered aimlessly. But given the circumstances, I could only go so far. Travel had become so comfortable for me that, with some emotional factors considered, it was time for me to take a step back, find another viewpoint, and try to see it again as the life I once desperately craved for. Absence makes the heart grow fonder, they say. I sure hope it proves true as I deprive myself of the one thing I once thought would satisfy me endlessly. And when I hit the road again, I carry a renewed eagerness to dive into the beauty and awfulness and complicatedness of the world out there. Hopefully, with replenished resources, too.

Despite this setback, I still had the pleasure of having some great travel moments, many of which occurred within the first half of the year. Here are 20 of them.

What’s that saying? “Wake up and smell Ko Phi Phi.”

Well, I finally did this year.

Oh, I got the saying wrong? No way.

19. When I needed some Angkor Management in Siem Reap, Cambodia

It was my second Angkor trip, and this time was better than the first. Still I wonder, why is it that the highlight of my trips to Siem Reap isn’t the Angkor Wat, a UNESCO Heritage Site, but Angkor What, a club on Pub Street?

18. When I couldn’t keep a good Ramen down in Yokohama, Japan

My time in Lake Kawaguchi went on longer than I planned that my supposed visit to the Ramen Museum went out the window. Still, I got off in Yokohama and, upon a local’s recommendation, paid a visit to a ramen house near the train station. It was my first bowl of Japan’s famous noodles in my life and I really enjoyed every slurp. Then again, I had no point of comparison. But still.

17. When I had a Pho-nomenal Time in Saigon, Vietnam

It was my so-pho-more sojourn in Vietnam and I was pho-tunate to get hold of their pho-ntastic bowls of pho. It has stayed and pho-ever will stay in my heart, that’s pho sure. I know, I know, no more pho puns.

16. When I went planespotting in Amsterdam, Netherlands

I had a 12-hour layover in Schiphol Airport in Amsterdam and the city center is just an hour away. Guess what I did? Head to the city center, of course. WRONG.

I’m still kicking myself hard in the butt for this, but I simply checked my email and before I knew it, I was answering hundreds of ’em and hours had passed. I ended up spending the rest of my time drifting like deadwood around the airport. It was one of those moments that I will never forget not for the right reasons. Thank Holland Schiphol has such a pretty terminal.

15. When I threw a beach-fit in Batangas, Philippines 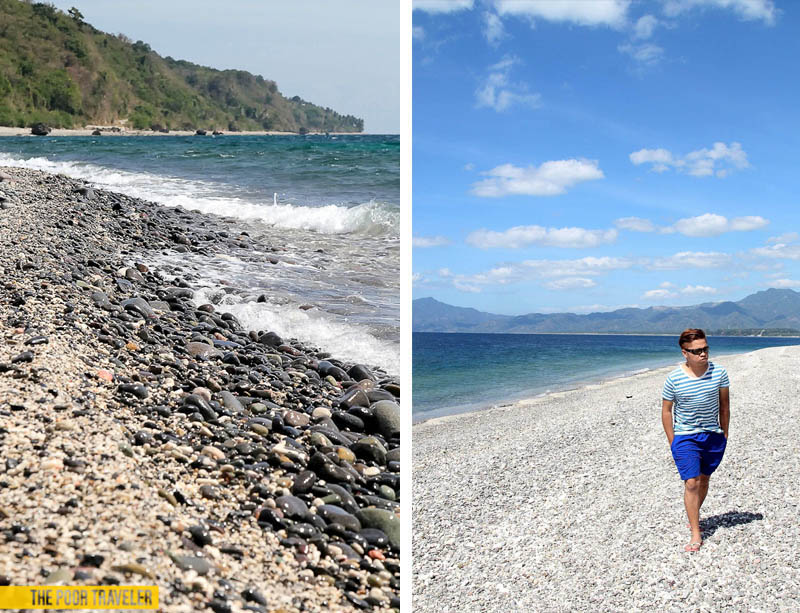 As someone who grew up in Batangas, you can bet I had set foot on most of our beaches. WRONG AGAIN.

This year saw the first time I left footprints on the supple sands (and pebbles) of Laiya, San Juan; Malabrigo, Lobo; and Masasa Beach, Tingloy! Now I can safely say that — and this comes with apologies to Jay-Z — I have 99 problems but a beach ain’t one.

14. When I was almost squished by a tuktuk in Ayutthaya, Thailand

A raging tuktuk driver stalked me (and my friends) for a full hour in Ayutthaya. He was offering a tour for thrice the normal rate, and we wouldn’t take the bait. Besides, we had been looking forward to exploring the old city by bike. The guy almost ran us over with his tuktuk. Scary shizzzzzz.

13. When I revisited Binondo and Intramuros in Manila

Sometimes, I tend to overlook what’s in the front lawn for what’s on the horizon. I’ve lived almost a decade in Manila, but I couldn’t say I had truly seen much of its past glory.

We had a field trip in Intramuros once, when I was young and beautiful, but I didn’t pay much attention to the place and its significance. And Binondo was just a food place for me because… because I’m a pig.

It was refreshing to be back with a more open mind and a genuine interest in what they stand for. It was something I will never pho-get. (Yes, still not over pho puns. Pho-give me.)

12. When I went Ghost-Hunting in Corregidor, Philippines

Not really. I’m not even sure I believe in ghosts, but my first overnight stay in Corregidor allowed me to check out some of what many consider the most haunted places in the country: the island hospital and the Malinta Tunnel. At night. Quite an experience.

11. When I caught something fishy in San Antonio, Zambales

Actually, I didn’t catch anything. None. Nil. Nadah.

My companions did, though. I wasn’t of much help. I was too busy feeling nauseated. Sea sickness. (It was a small boat and the waves were crazy.) So yeah, I was useless. Gawd, I sucked.

Still, I had never gone fishing before so I was ecstatic.

The next 10 destinations are coming up. Skiing, snorkeling, and sandboarding. A snowcapped peak, a sanctuary for turtles, and sand dunes! Any guesses?