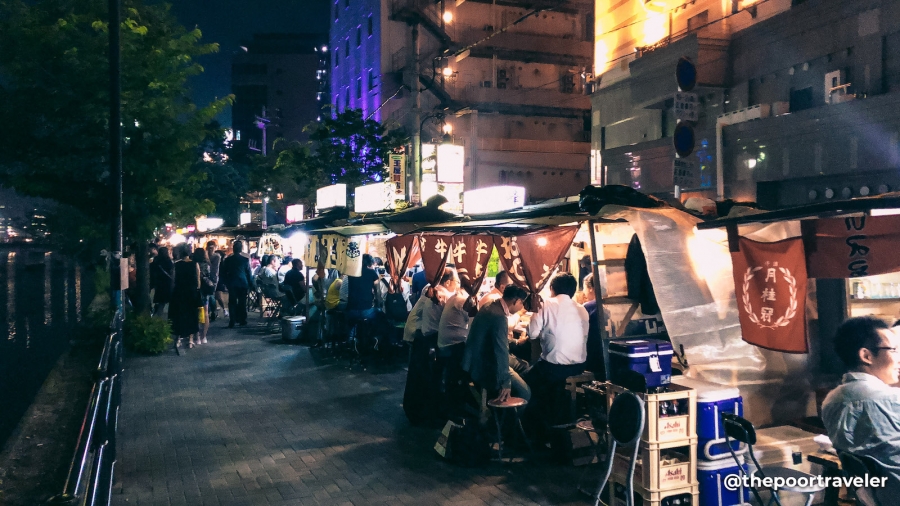 FUKUOKA, 2018. In Japan, there is a saying that goes, “ikkai ichi dousa,” which translates to “one thing at a time.”

I learned about this when I mentioned to a Japanese friend that I could count in one hand the locals I had seen eating while walking. “We take food seriously,” he said. When asked if eating on the go is considered impolite, he simply said, “If you eat, just eat.” So I guess, that’s a yes.

For a country that has such an internationally revered cuisine, Japan’s street food culture is very quiet. This one-thing-at-a-time principle makes it pretty tamed compared to other street food giants in Asia like Thailand or Taiwan. Japan’s kerbside cuisine doesn’t scream or beg for attention, but it is there: takoyaki, dango, okonomiyaki and even ramen are all street delicacies. The difference is how they are consumed. The Japanese don’t amble while they nibble. They stop and finish their food before going on with their lives.

Japan’s street food culture is most prominent in Fukuoka, the birthplace of tonkotsu ramen. The city is also widely considered the ramen capital of the world. Here, the night is ushered in by the lights, aroma, and conversations seeping from dozens of yatai. A yatai (屋台) is a mobile food cart or stand stationed on the sidewalk. It usually opens in the early evening, serving patrons who just got off work, and closes in the early morning. More than half of all the yatai in Japan can be found in Fukuoka. Most of them serve mouthwatering bowls of Hakata ramen! But other stalls offer a variety of other dishes like hotpot, yakitori, tempura, and seafood.

But even in Fukuoka’s yatai scene, you’re still expected to take a seat. It can get cramped, but that’s where the beauty lies. A yatai is always intimate — you’re shoulder-to-shoulder with strangers next to you — making it not just a dining experience but a social affair.

That’s not to say that Fukuoka’s cheap eats are limited to yatai. The city is littered with countless food spots that can give you more than your money’s worth.