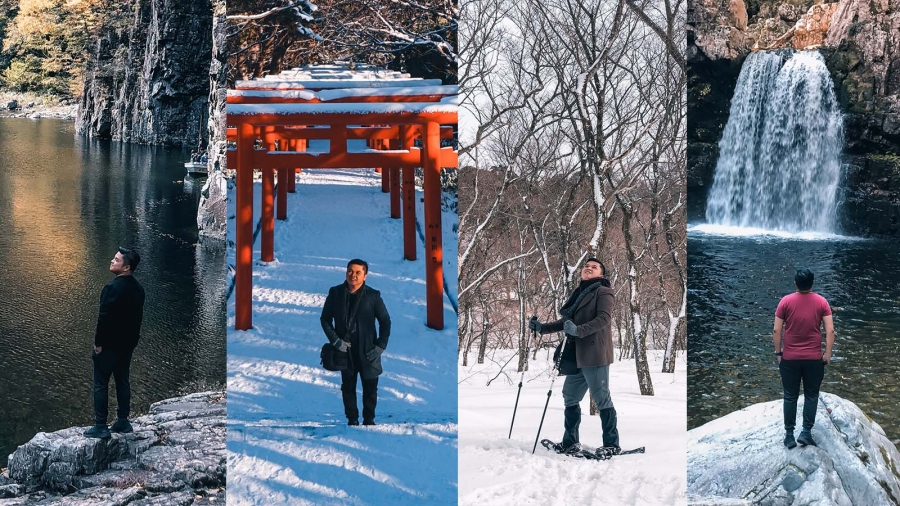 “Why do you love Japan so much?” she asked right after the food arrived.

My conversation with Saori, my new friend, started with the places I have visited over 15 trips to her country. I have made several Japanese friends, but she was the first to throw me that question. It took me a moment to answer. I was a bit distracted by the cold wind that suddenly blew our way. We were at an outdoor restaurant in Iwakuni, Yamaguchi Prefecture. It was the end of autumn but evenings like this felt more like the middle of winter.

“I don’t know,” I replied. “Maybe because Japan loves us back.”

It sounds silly, I know, but hear me out. I have been to over 20 Japanese prefectures and I had never felt unwelcome anywhere at any point. Many of those trips were also upon the invitation of the city and prefectural tourism boards and Japanese corporations that trust our blogs. And of course, because my sister and brother-in-law both now call this country home. Japan has given me, my colleagues, and my family so much: opportunities, hospitality, and a truckload of wonderful experiences.

2018 is the first year since my first trip abroad that I didn’t get to visit a new country. Instead, I chose to focus on just one: JAPAN. This year, I spent 70+ days in Japan: from wintry Hokkaido to warm Okinawa. It was both a personal and a business decision. Many of these trips were spent just purely researching. But somehow, it didn’t feel like work at all.

So don’t be surprised if much of what you’ll see on this list is Japan-related. Haha. Here are the 13 most memorable travel experiences I had this year. 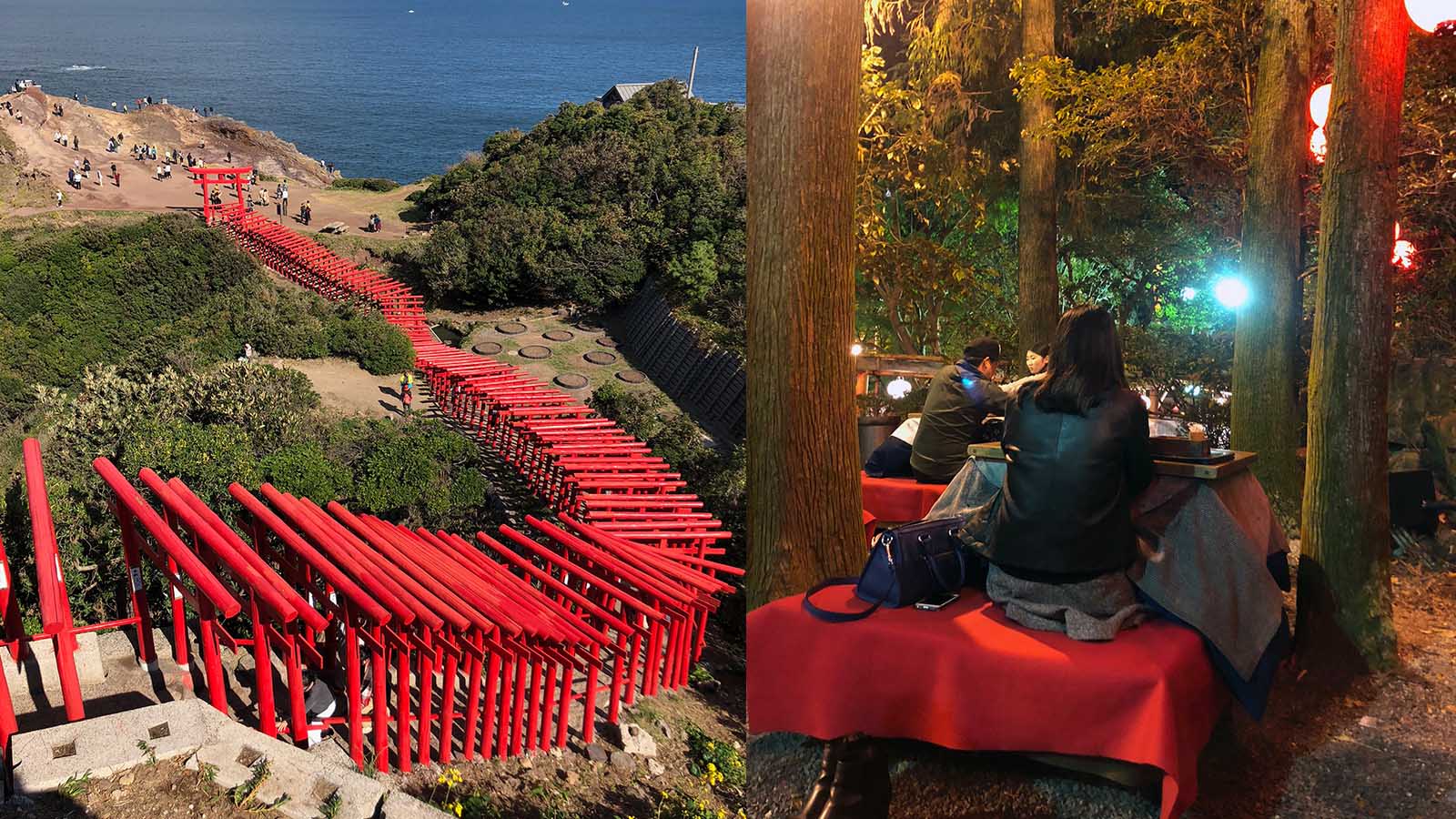 The name of the restaurant Saori and my family were dining at translates to Bandits. The tables are also arranged under the canopy of towering trees in a forest-like setting. Grilled chicken is served in thick skewers and one is supposed to eat it bandit-style. It was great, but it was particularly memorable because we had to wait over 2 hours for our food. The upside, we talked about virtually everything. Haha.

12. When we cruised from Hong Kong to Okinawa. 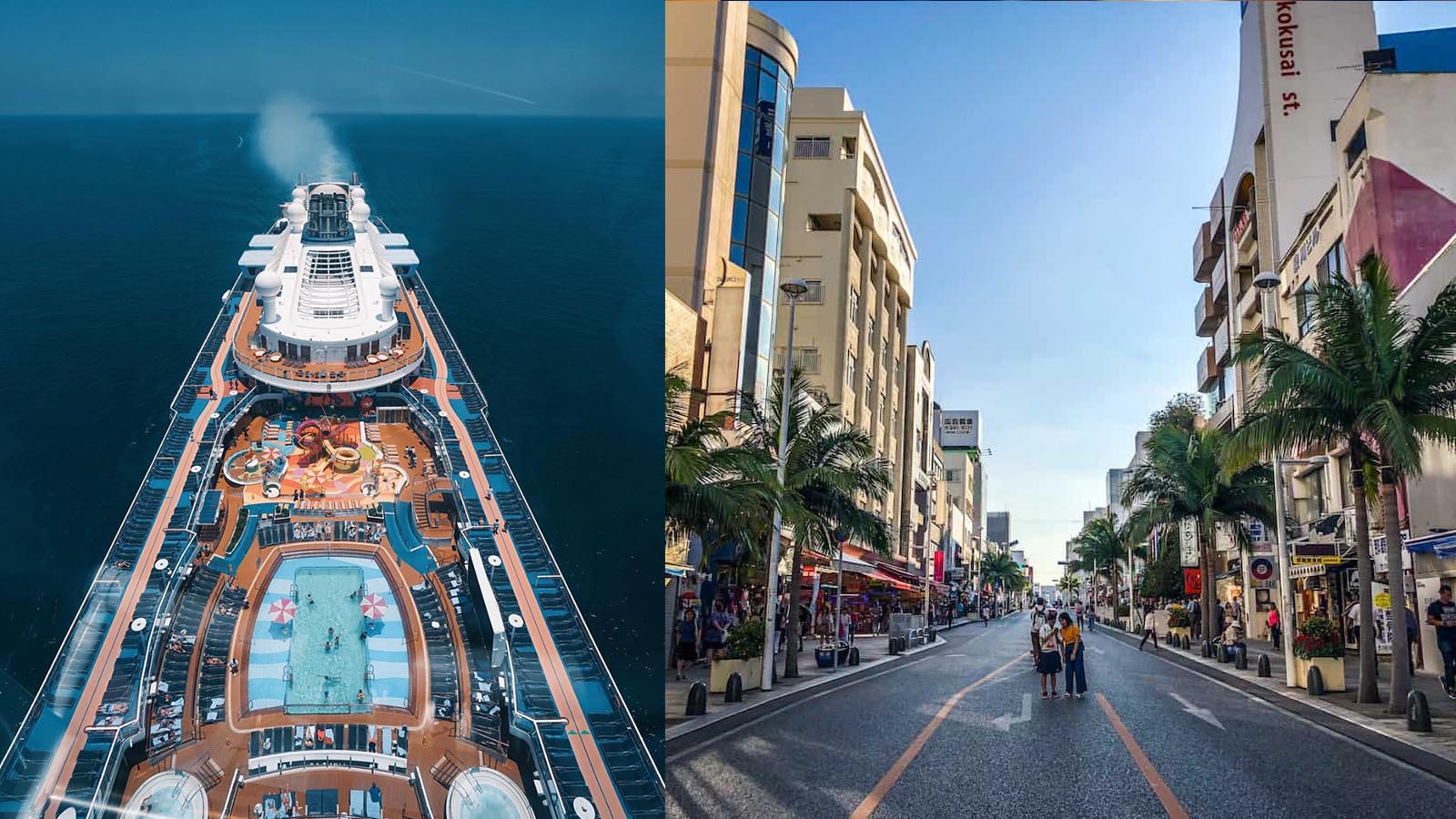 I have to say, it was the cruise itself, not the destination, that made this trip especially memorable. Okinawa is gorgeous, of course, but it’s not often that I get to board a cruise ship. Royal Caribbean’s Ovation of the Seas is a giant floating resort/hotel/theme park! So much to do and see and enjoy onboard!

11. When I drowned in ramen in Fukuoka. 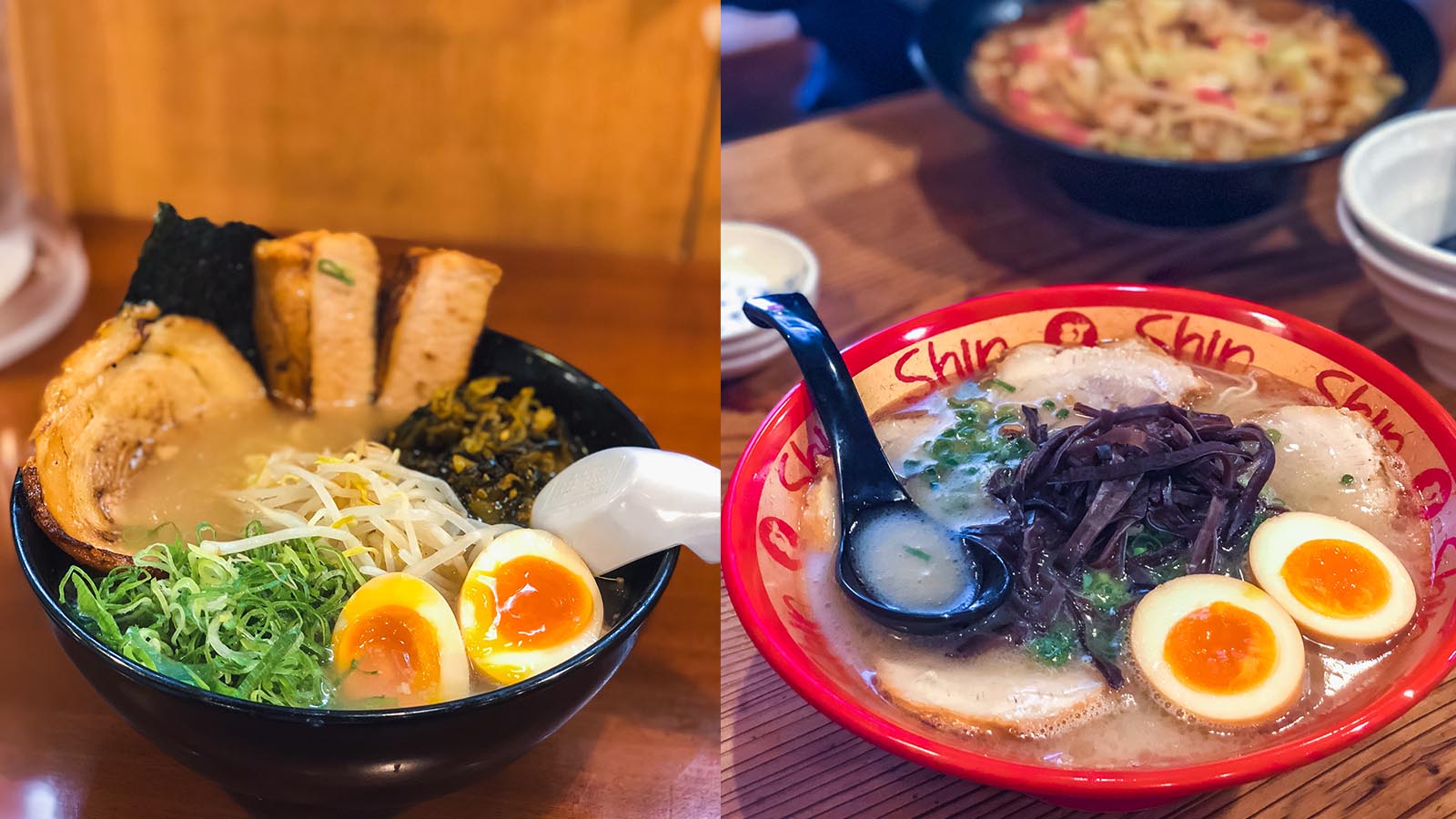 I was in Fukuoka for one thing: ramen! And it did not disappoint.

Japan’s street food culture is most prominent in Fukuoka, the birthplace of tonkotsu ramen. The city is also widely considered the ramen capital of the world. Here, the night is ushered in by the lights, aroma, and conversations seeping from dozens of yatai. A yatai (屋台) is a mobile food cart or stand stationed on the sidewalk. It usually opens in the early evening, serving patrons who just got off work, and closes in the early morning. More than half of all the yatai in Japan can be found in Fukuoka.

10. When I returned to Port Barton, Palawan. 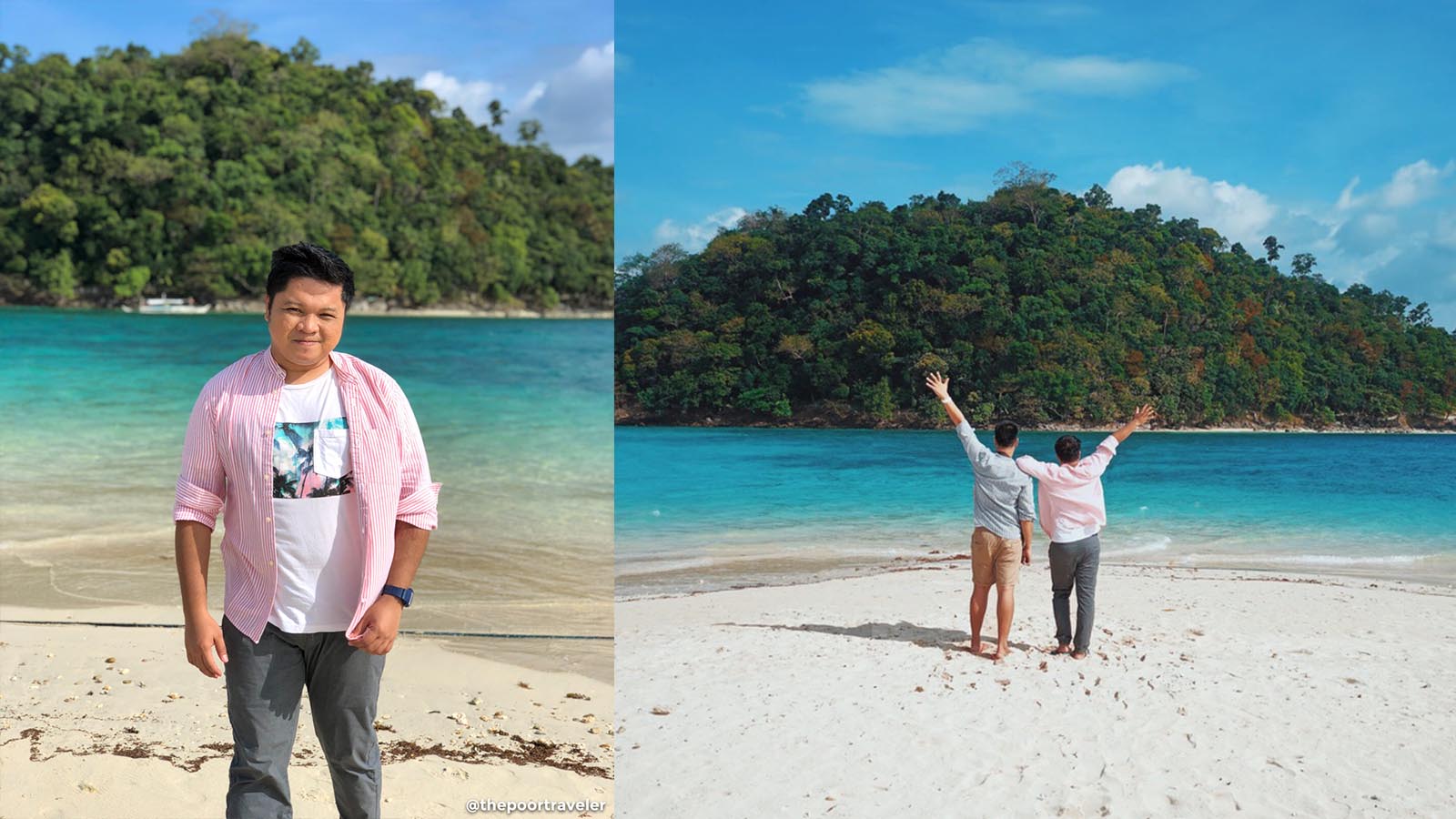 It had been almost five years since I last set foot in Port Barton, but it was comforting to see that not much has changed. It’s still the quiet little seaside village that I remember.

9. When Mayon and I got reunited. 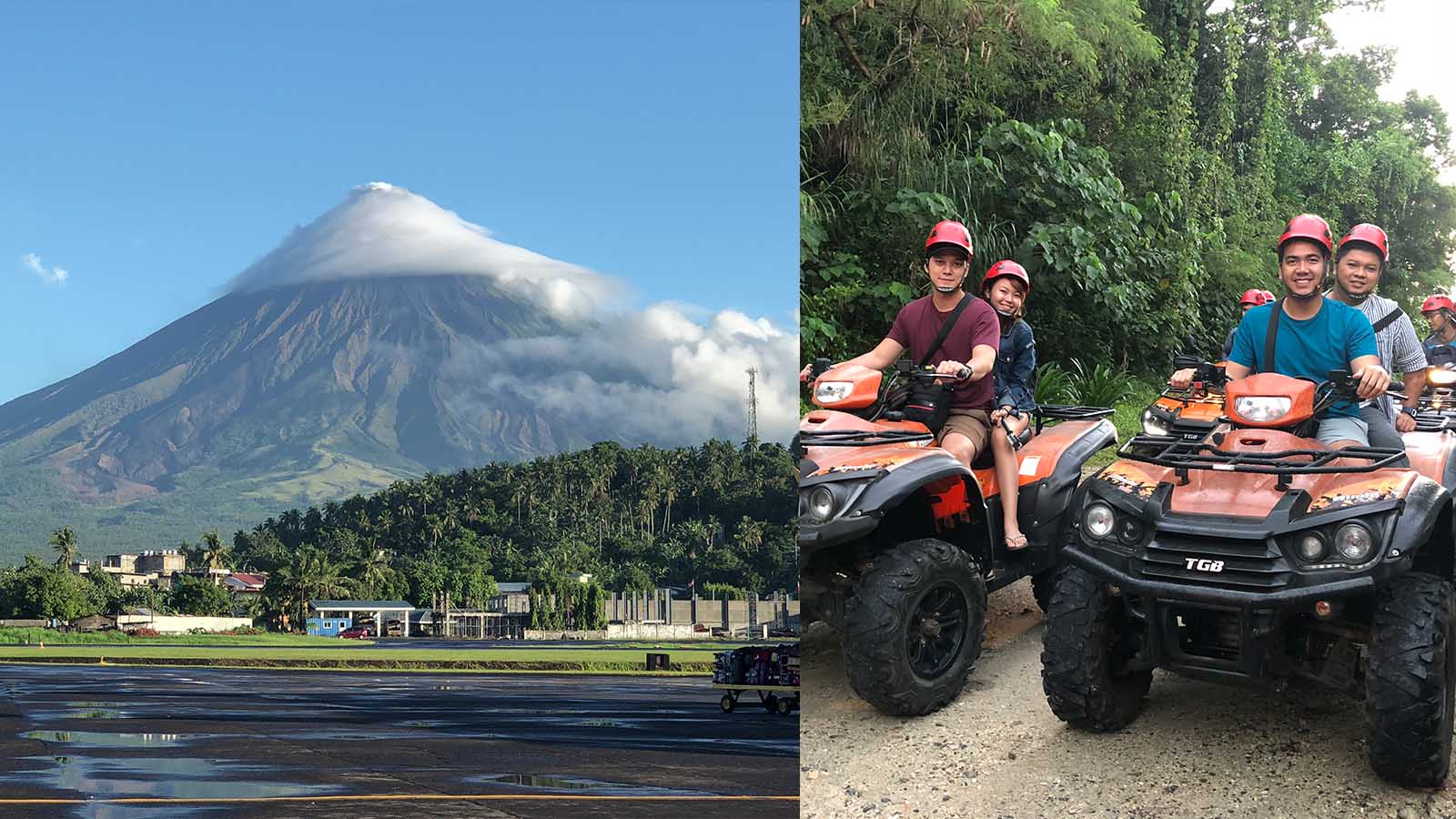 Vins is in Bicol every other year. But the last time I was here, hmmm, I think I was still in High School. We were on the way from Batangas to Leyte by land back then, and we had a stopover in Legazpi to admire the majestic Mayon. That was almost 18 years ago. And it felt super to be back.

8. When we burned cash on Kobe beef. 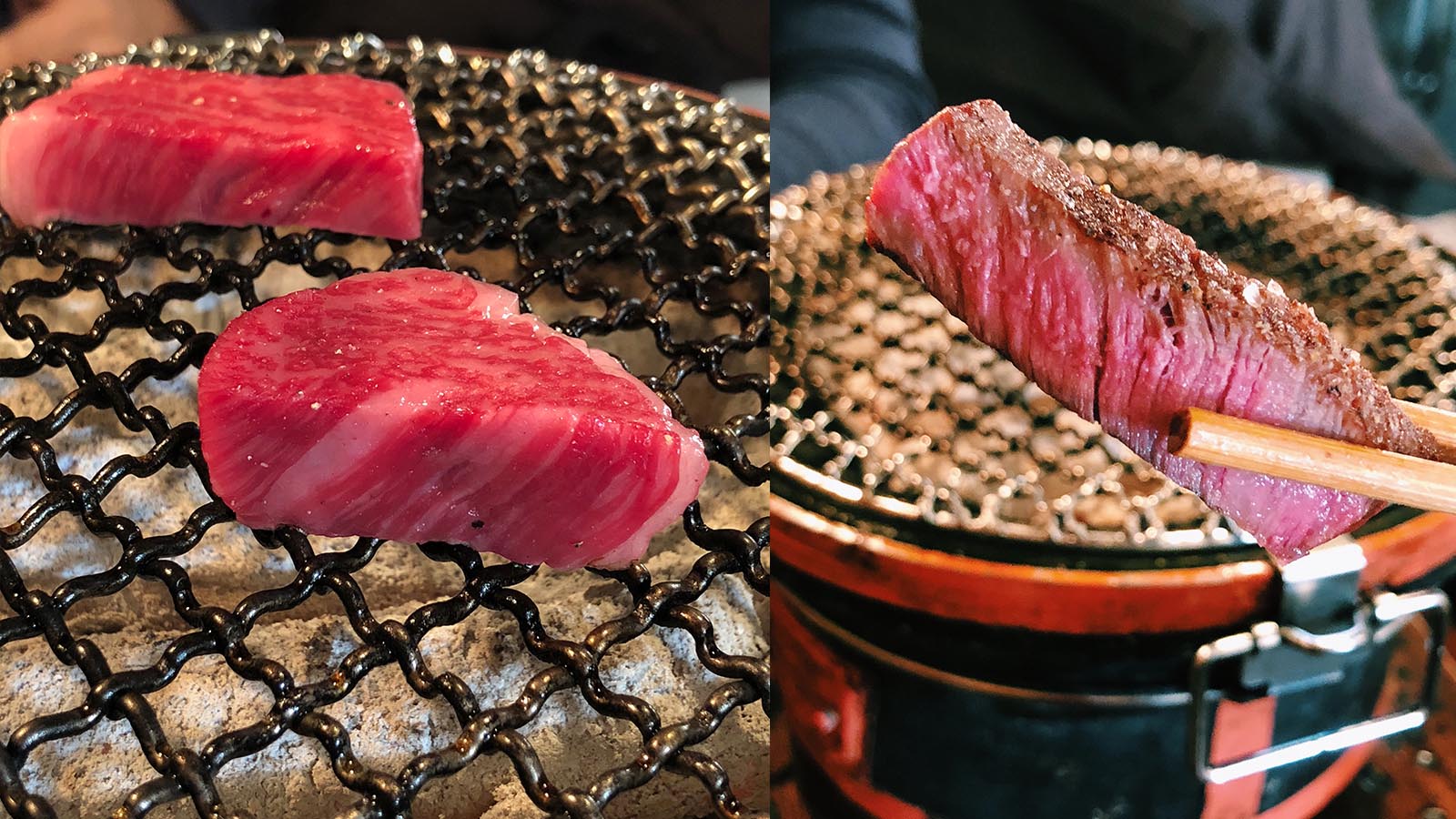 The great thing about returning to places is that we get to try things that we missed the first time for whatever reason. I had never had Kobe beef before because I just couldn’t afford it. But oh, how circumstances have changed! Back then, my budget isn’t much. But now, as a full-time travel blogger, I travel and try various restaurants for a living! We were in Osaka for an assignment but we also traveled to Kobe after just so we could try their famous beef. IT. WAS. GLORIOUS.

7. When I finally set foot in Shirakawago. 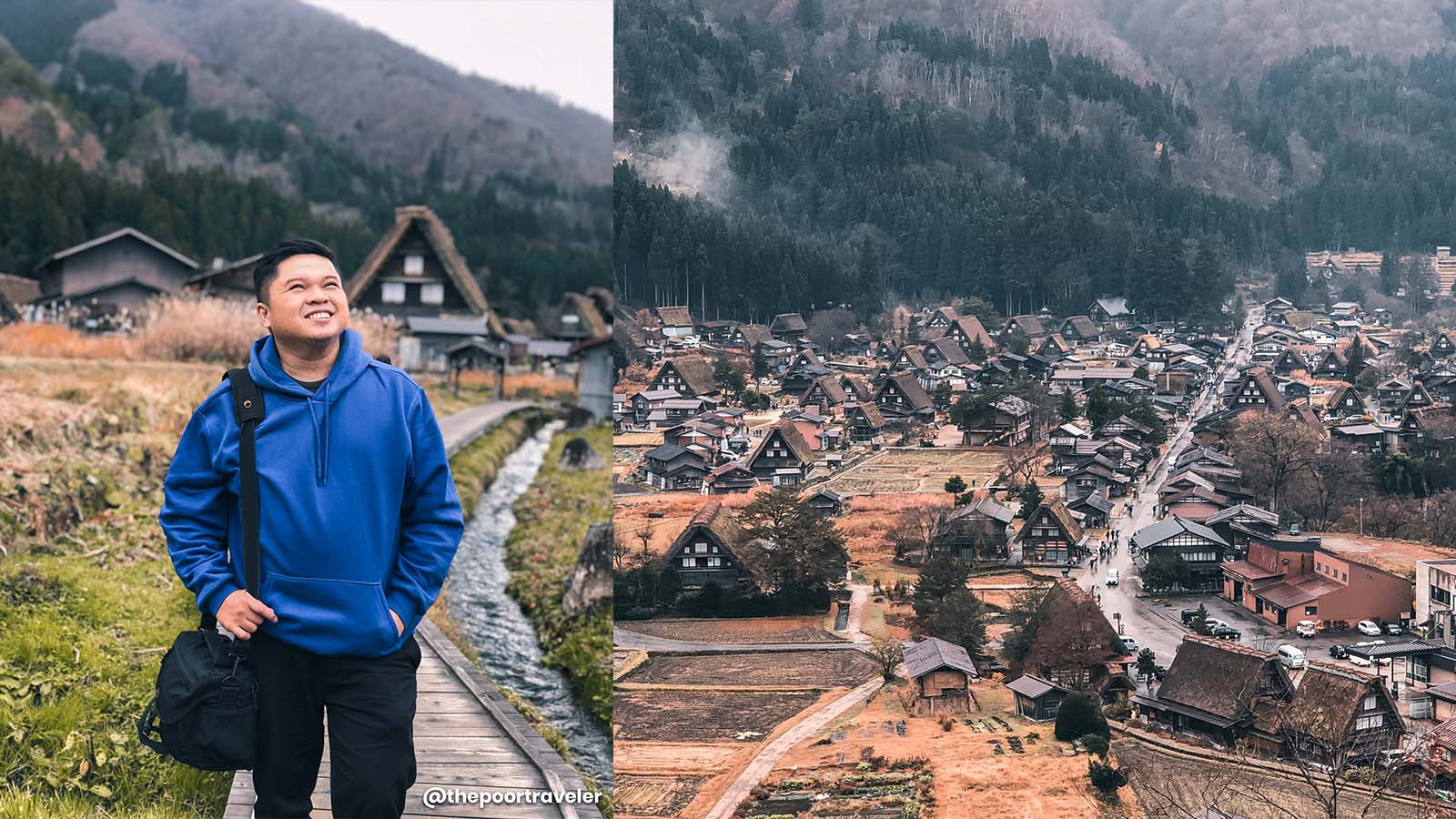 Shirakawa-go is my number 1 dream destination in Japan. Many times when I stayed with my sister, I planned to visit. But it was just too expensive to get there from either Tokyo or Hiroshima. Thankfully, we were invited to cover this quaint charming hamlet and I made sure it was me who would go. I have A LOT of memories in Gifu that are for keeps, but this one is special because it was simply a dream come true.

6. When I learned to ski in Daisen. 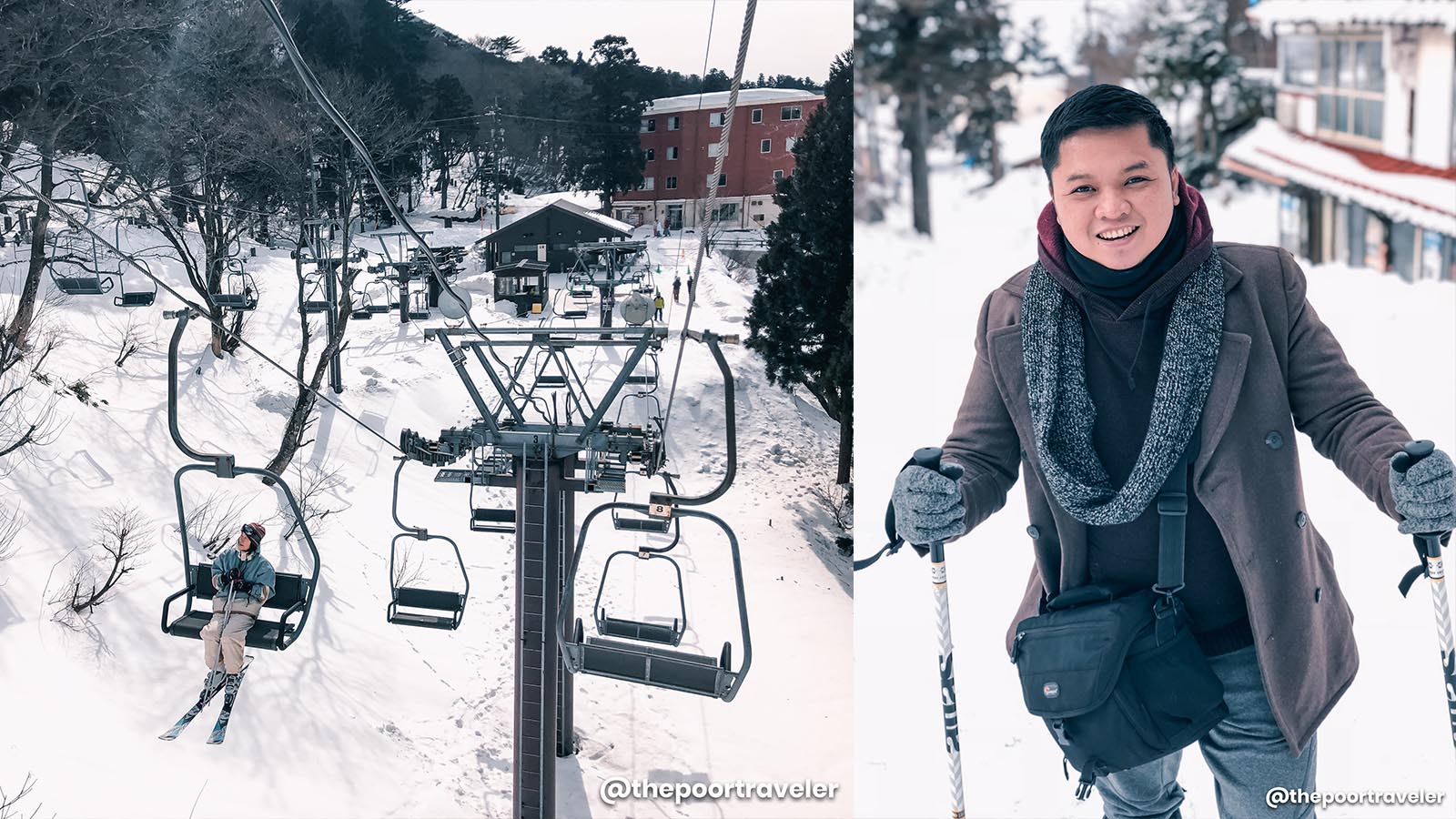 This wasn’t my first time skiing. Back in 2013, I was able to visit a ski resort in Yamanashi and tried skiing. But skiing isn’t something that is learned on your own. I learned that the hard way. I basically just spent the entire time falling on my butt.

This time, however, we had an instructor who taught us the right form and the right moves. I stumbled a few times on my first slope, but I was able to finish my second without ever falling! I’m really proud of that. Hahahahaha.

I was able to try snowshoeing for the first time too! This was also my first Japan travel with my good friend Asta!

5. When I was in autumn paradise in Sandankyo Gorge. 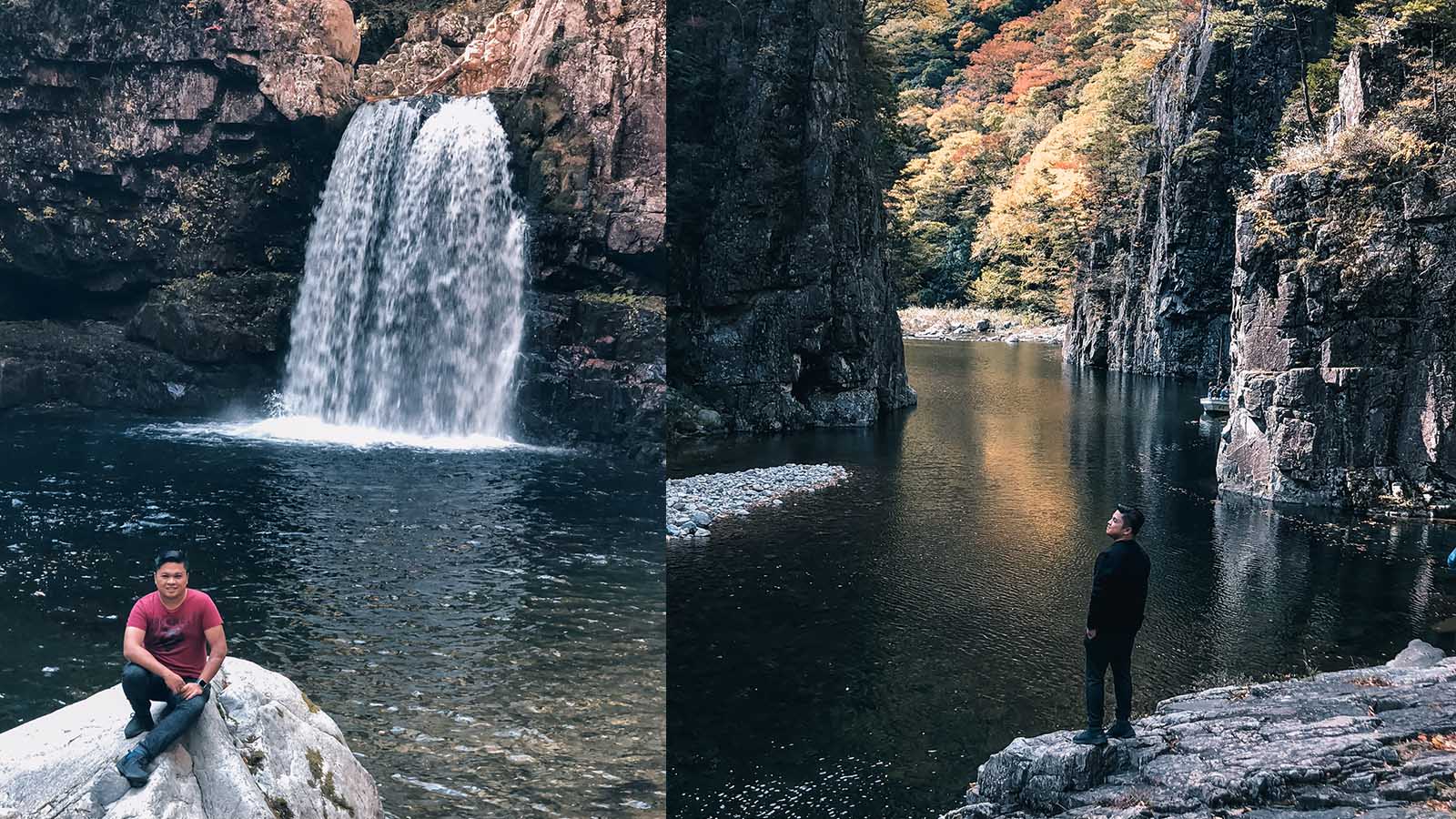 It had been years since I last went hiking, so I was naturally nervous at the start of the trail. But maaaan, Sandankyo Gorge is immaculate in autumn. It felt surreal being surrounded by all the colors and being treated to some of the most marvelous views in Japan. The whole journey lasted about 5 hours, but I didn’t feel tired at all. I was living for it.

4. When Brisbane was sweeter the second time around. 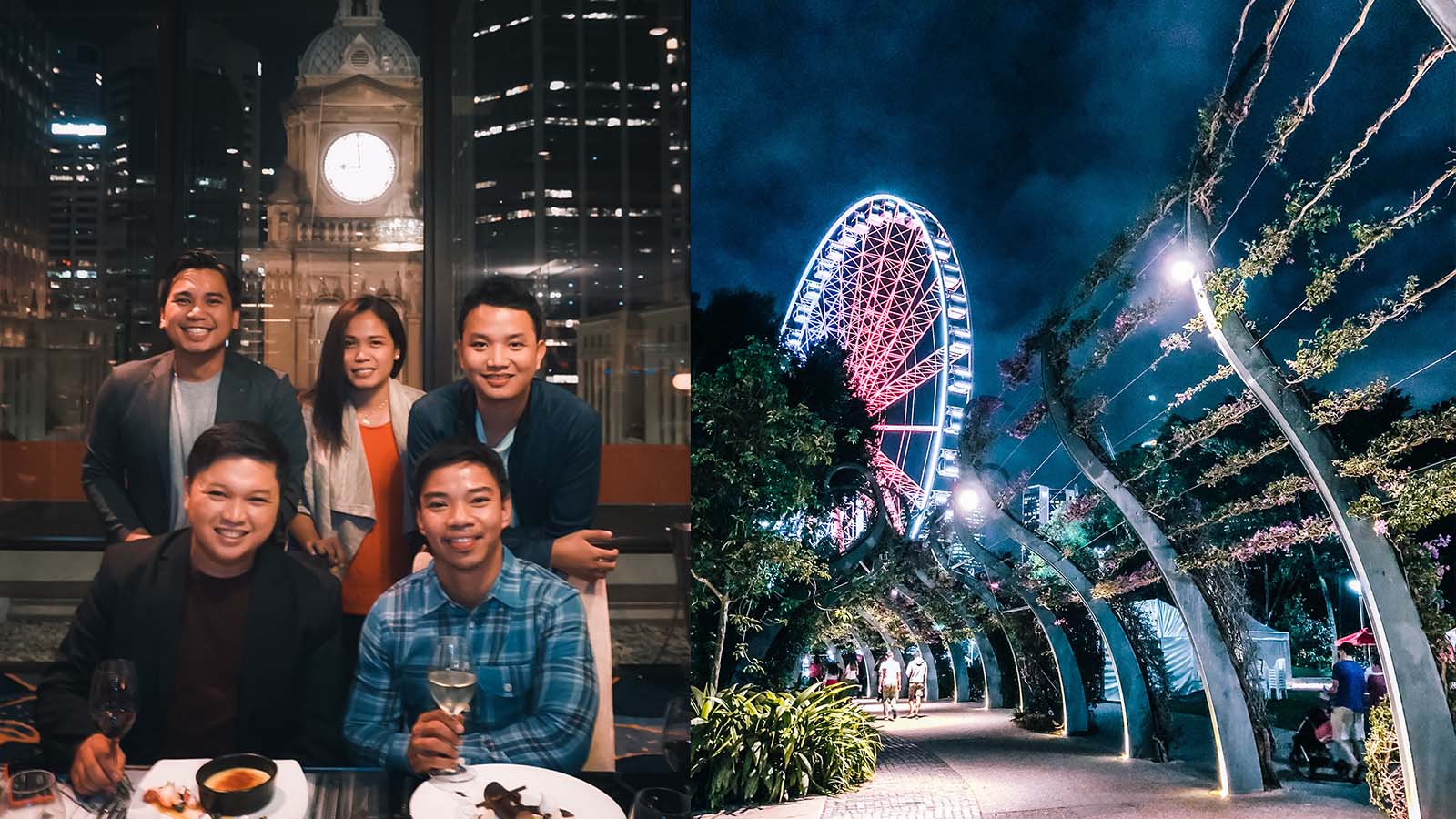 When I set foot in Brisbane for the first time, a weird feeling took over my senses. There I was, at the sixth and final stop of our tour around Australia, but it felt as though I was just starting the journey. Weeks of being in the middle of flat, barren deserts and isolated, small islands had left me adjusting again. Suddenly, multi-story buildings and parades of cars are strangers that I needed to get to know or lost friends I would need to reconnect with. Perhaps the feeling was brought about by sheer exhaustion. By the time we hopped off the train from the airport, we were almost bereft of energy.

That’s why I was so excited to return. I enjoyed Brisbane thoroughly the first time, but seeing it with renewed enthusiasm allowed me to see parts of the city that I missed.

This was also Asta’s first trip outside Asia, so I was extremely excited for her. Even though we had a little hiccup on the last day, it was still a relaxing trip overall.

3. When I stripped down to the bare essentials in Gero Onsen. 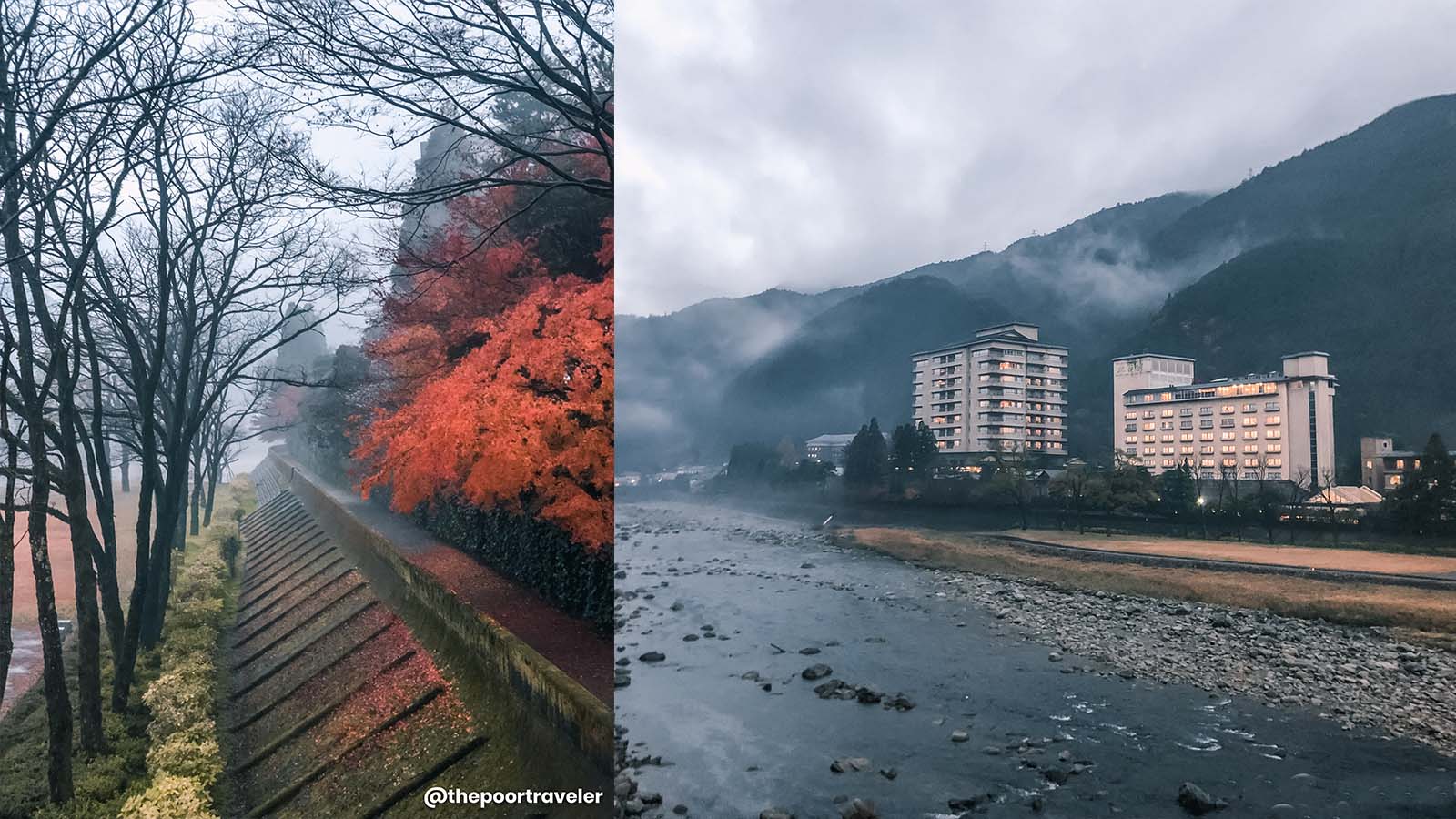 It was liberating, to say the least.

I have tried onsen before, but this was my first PUBLIC onsen experience. And as you probably know, it is mandatory to be completely naked when using public baths in Japan. Prior to this, I wasn’t comfortable being naked in the presence of other people because I have a full list of insecurities. But I was in Gero, one of Japan’s most celebrated hot spring destinations. The Emperor himself had stayed in the same hotel we were in. But they don’t have private onsen, and it would be a shame to be in Gero and not try the very thing that it is best known for.

So that one night, I went down to the outdoor onsen and stripped to my birthday suit. It was weird in the beginning, but it wasn’t long until I realized that nobody effing cared. Hahaha. So I carried on! Onsen, be it private or public, is really something everyone should experience. It just feels so damn good.

2. When I got spirited away in Misasa Onsen. 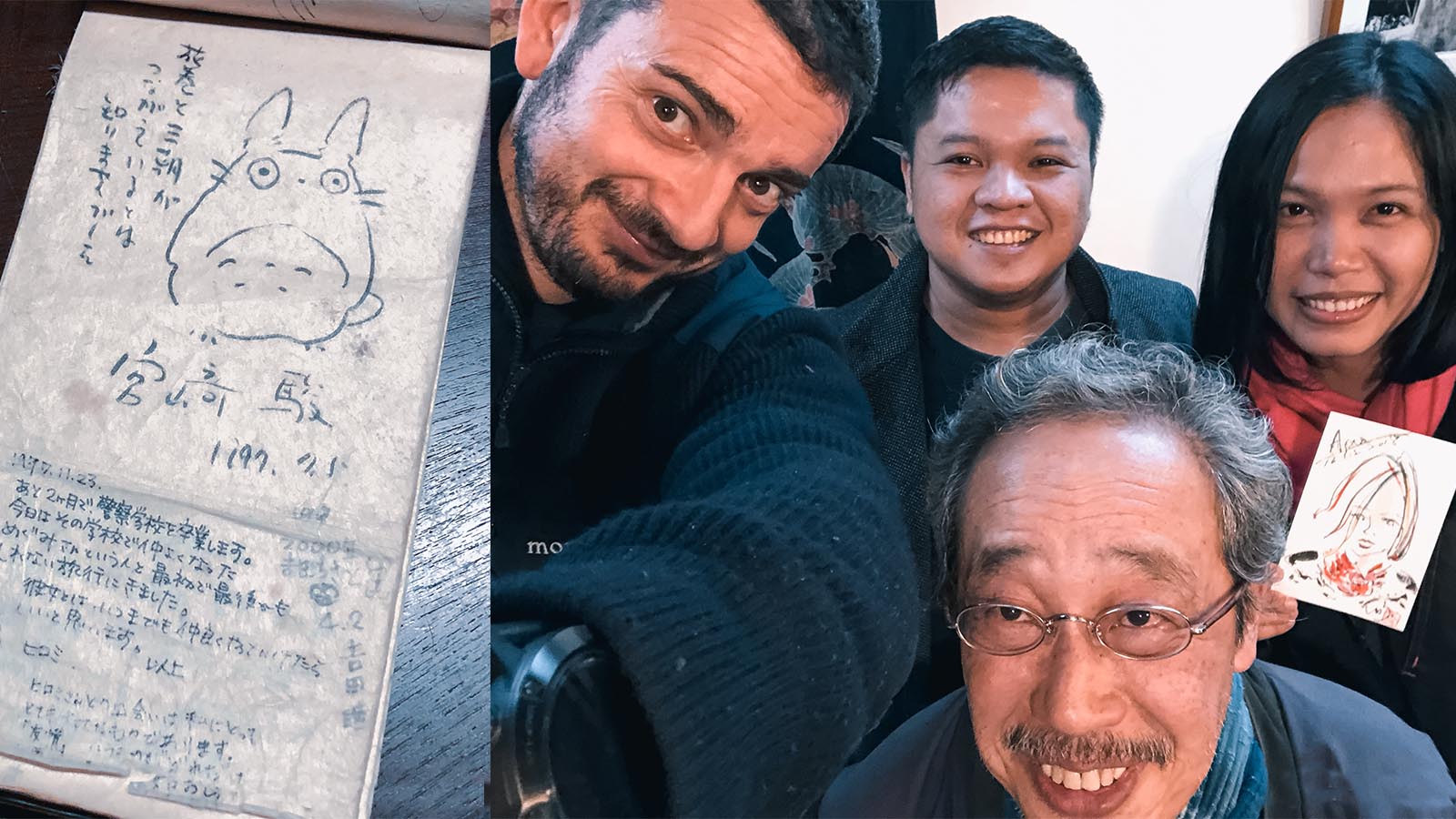 It was one of the best nights of my life.

Misasa Onsen is a small village in Tottori Prefecture. Before coming here, we had no idea that it has any connection with Ghibli. Apparently, this place is Hayao Miyazaki’s go-to spot for inspiration.

We visited the actual quirky ryokan where he stayed and which inspired the bathhouse in SPIRITED AWAY. I could imagine the susuwatari bouncing about on the floor as we explored the building. On the cafe/ryokan’s logbook, he left a sketch of TOTORO 11 years before the film saw the light of day. Not too far away is a temple that is featured on PRINCESS MONONOKE.

While walking around town, a local invited us to his home, where his father had a chat with us over hot tea before briefly drawing a sketch of us for free.

All these happened after a boat cruise along the Tottori coast, an unforgettable bowl of gyukotsu ramen, and a tour of a town transformed by and paying tribute to Detective Conan.

The day ended in a relaxing bath in a private onsen.

1. When I found unexpected warmth in Hokkaido winter. 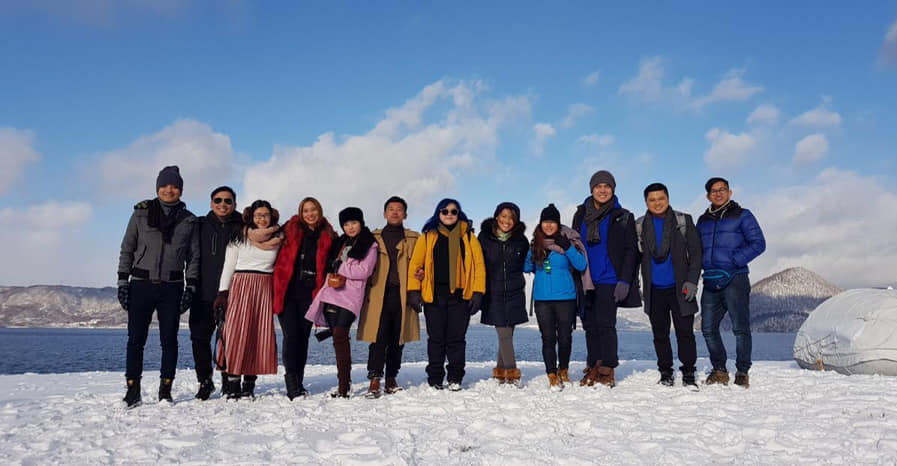 Talk about ending the year with a bang.

When it comes to winter destinations, few can rival Hokkaido. From their ski resorts to glittering illuminations, Hokkaido is a winter wonderland.

I had been to a lot of press trips and fam tours over the last several years, but this Hokkaido trip is one for the books not just for the incredible scenery and scrumptious food but more so for the people I was traveling with. It’s rare to be part of a group of people that meshed together perfectly. PERFECTLY. It was an eclectic mix of personalities from various blogging niches, but we all had undeniable chemistry.

It’s hard to pick one particular moment. Almost every moment was memorable, insane or hilarious: from Tia serving star section fashionista realness, to Aira and Mark bursting into apocalyptic shrieks, to Mimai and Kenneth lighting up when Drag Race is mentioned, to Vins, Marcelo, Kara and Abi radiating with child-like amazement, to Jed and Koryn working with us instead of managing us. We’re different colors of the same rainbow, different saging from the same piling. LOL. Our group chat remains hyperactive to this day, a month later! Amid all the snow, we really struck gold in Hokkaido, and we have fate (and PAL) to thank.

You’ve probably heard the cliche, “It’s the people you meet that make a journey special.” This bunch proved just that.