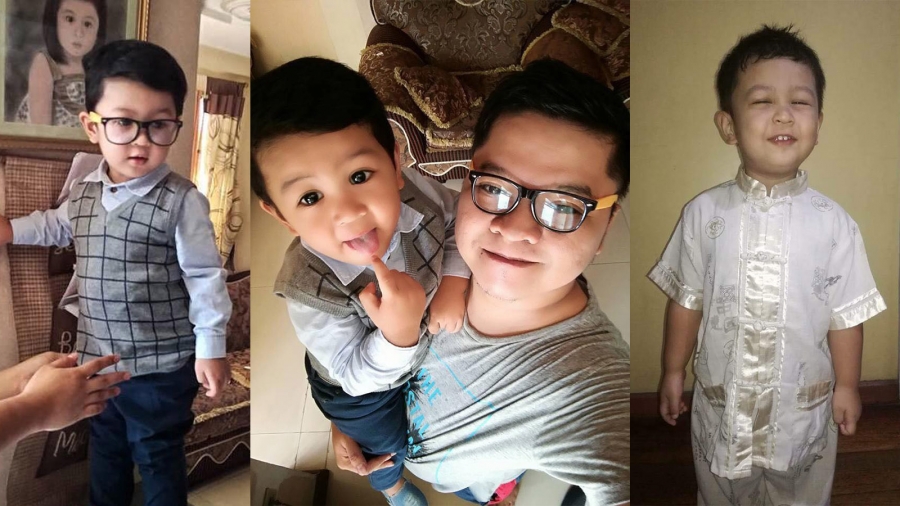 He had not even seen the sea.

Just last week I was planning a family trip to Palawan. I was excited that his first memories of the sea would be so beautiful, in El Nido, which would have been an upgrade from the plastic mini-pool that we set up at the back of our house. Every week or so, he would take a dip in it and it would take a village to get him out of it. He’s always loved water. Except the rain.

He was afraid of the rain.

His grandma’s house has no ceiling that the sound that the rain makes when it hits the roof could get so loud, it terrified him. He would cry when it poured as though he mourned the departure of sunshine. I planned on one day explaining to him that the rain is nothing to be afraid of, that it’s just water that he could walk in, play in, have fun in. Just like when he’s playing basketball.

He was getting so good at it, we just adjusted the ring in our house higher to make it more challenging. But on the same day, he conquered it and began showing off. He would yell “To!”, short for Tito, before each shot — BEFORE. EACH. SHOT. — to make sure I would not miss the moment he would score, as though it wouldn’t count if I didn’t see it. And he didn’t care if I was busy. I had to watch him shoot the ball. Even when I was working.

He hated my laptop.

Every time I opened it, he would make a disappointed face because he knew I couldn’t be bothered. There was a time when he would mess with my keyboard as I worked. He would press random letters to disturb me. And then his mom said I should scold him so he would know it was wrong. I did, and he never touched my laptop again. When he wanted to play and I was on my laptop, he would just stand next to me and watch me with that look in his face, begging me to stop, to play with him. And when I did, he would smile and giggle and dance. And he would follow me around like a happy shadow. People thought he was my son. And to me, he was.

What I would not give to have him back!

Baby, we’ll still go the beach and you can swim as long as you want! I will tell you all about the rain, that just like your greatest fears, it passes. I will watch you play all day. I want to hear you shout “To! To!” again. I will watch your every game. I will get a license and take you to school. You can mess with my laptop and work anytime. Just tell me that this is all just a bad dream.